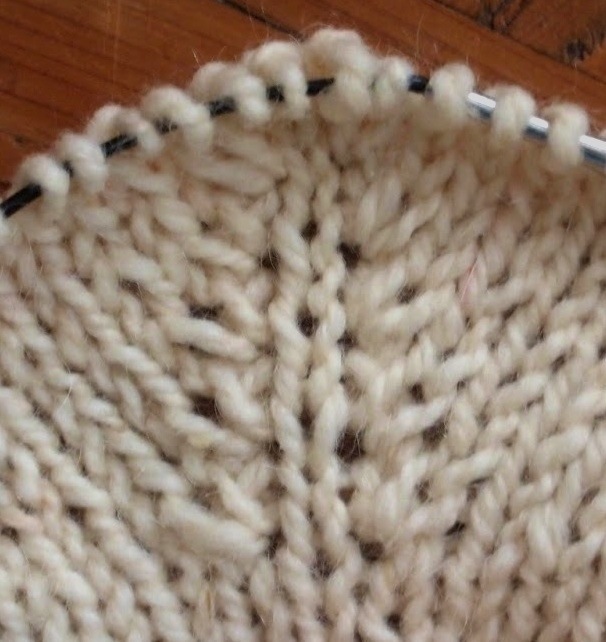 A long time ago, I accidentally put my needle between the next two stitches, pulled a loop through, and then knit the next stitch. That’s interesting, I thought, but it’s not what I need right now. Later, I played around with it a bit more. I might or might not end up using it in a design, but it’s well worth sharing anyway.

I ended up finding the name for this kind of increase in Montse Stanley’s Knitter’s Handbook: loop increases, though she discusses them in the context of pulling a loop through a spot in your already knit fabric. I ended up liking this kind of effect better in any case (though you might decide differently).

A key thing to remember about this kind of increase is that you should be very sure to pull enough yarn through that the fabric isn’t puckered (unless that’s the effect you want). The further away from the needle you pull the yarn through, the longer the float will be, and the more likely it will be to snag on things.

Also, a loop like this doesn’t have to be an increase; you can knit it together with one of the stitches on your needle right away.

In the swatch above, I used loop increases to make a kind of feathery pattern. It turned out to be easiest to use a crochet hook for some of the stitches, though I don’t think one is really required. (An extra knitting needle or even a darning needle could be used, too.)

If you want to achieve the exact effect shown in the photo, here’s what I did:

Purl back (or knit the next round plain), then repeat the same maneuvers on the next round. I like the feathery effect this makes.