A double decrease is a technique used in knitting to knit three stitches together to make one; two stitches are decreased. There are six possible permutations of the three stitches involved; I’m only going to describe five, as the sixth is indistinguishable from its mirrored stitch.

If your stitches usually sit like this on the needle, wait for next week to avoid unnecessary frustration! 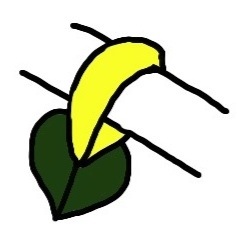 All the stitches shown here assume a starting point of three stitches like this:

This is the simplest option: knit three together. It corresponds to k2tog. Insert your needle through all three stitches as if they were one stitch and knit them all at the same time: 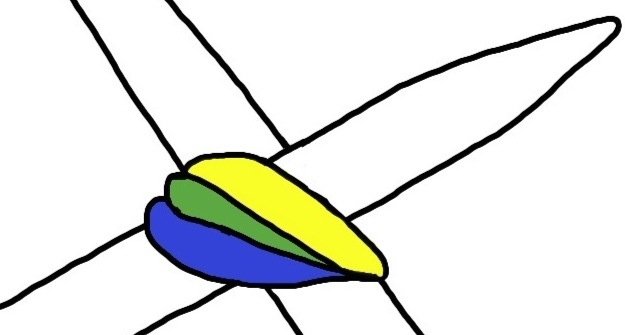 This pulls the three stitches together with the third stitch in front and the first stitch in back. The stitch leans to the right. 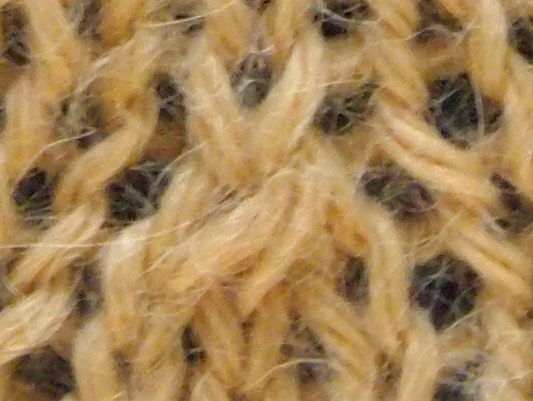 This mirrors k3tog; it corresponds to SSK. Slip each of the three stitches to your active needles as if to knit; they will sit like this on the needle:

Now insert the inactive needle through all three stitches 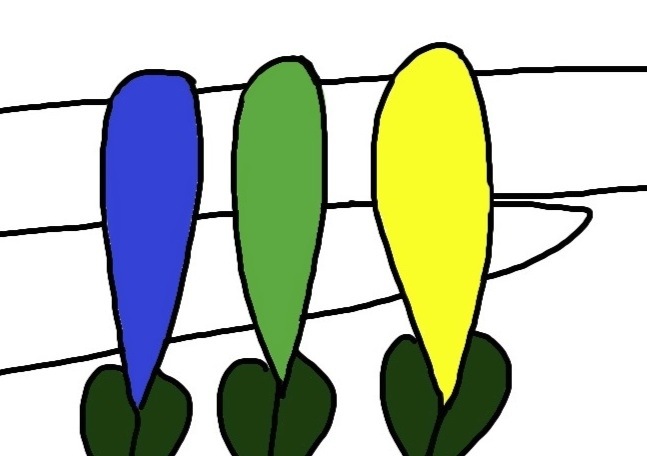 and knit them together. 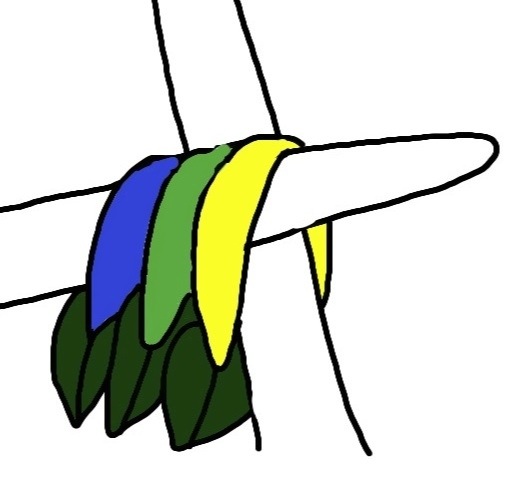 This pulls the three stitches together so the first stitch is in front and the third is in back; they lean to the left.

This produces what Montse Stanley calls a straight decrease in her Knitter’s Handbook, because it makes “a clean, vertical line”. Some people also call it a centered decrease.

Slip the first two stitches together as if to knit them together. This makes them change places: 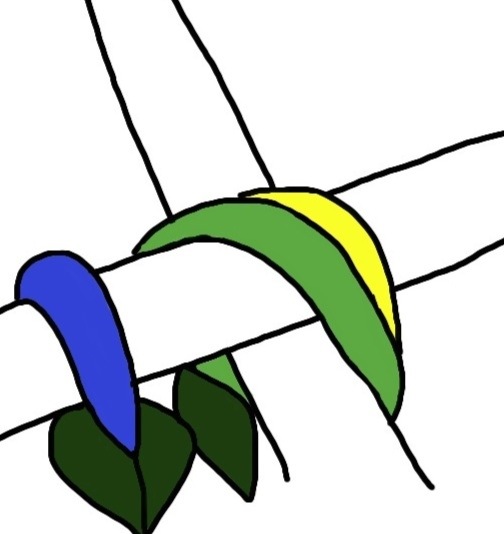 And lift the two slipped stitches to pass them over the new stitch. 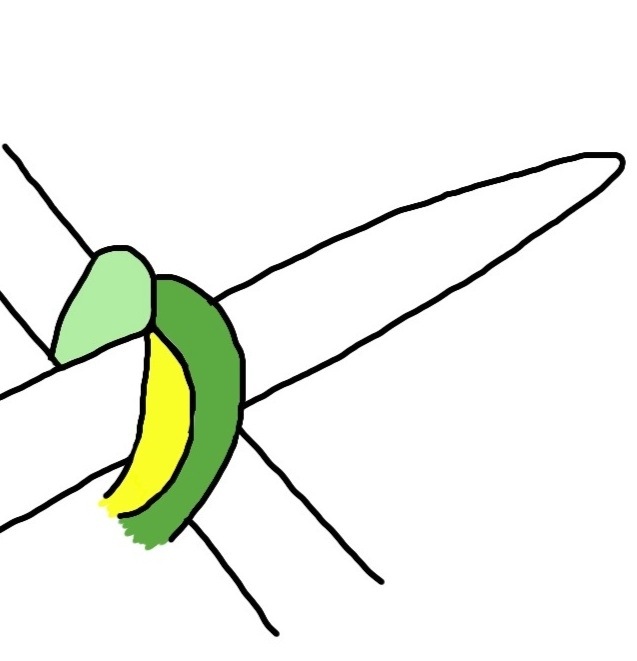 This makes a stitch where the middle stitch is in front, and the third stitch is in back, with the first stitch sandwiched between them. It leans neither to left nor right. 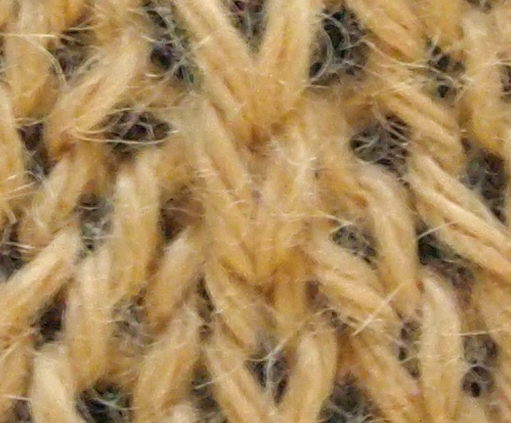 It is the alternate version of this one which I have left as an exercise for the reader. Mind you, I can’t think of any reason why you’d want to use it, as it’s more difficult and not noticeably different.

I have also seen this one called a centered decrease, but I don’t think it really is: it leans to the left.

Slip the first stitch as if to knit

Knit the next two stitches together, and then pass the slipped stitch over the new stitch:

The middle stitch is now in back, the first stitch is in front, and the third stitch is sandwiched between them. It leans to the left. 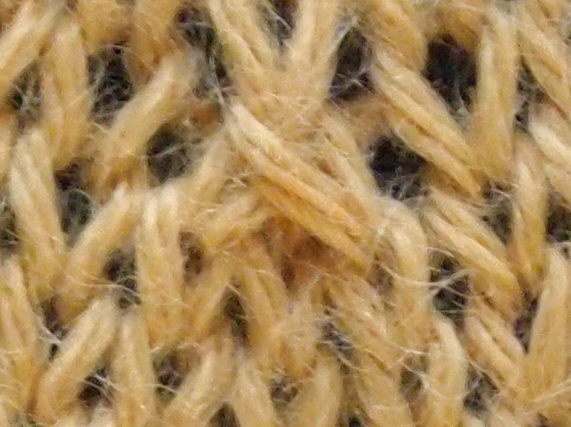 I’m not sure I’ve ever seen this used by anyone else, but I needed it for a pattern I’m designing. It’s a mirror of Sl1—k2tog—PSSO.

Slip each of the first two stitches to your active needle as if to knit. 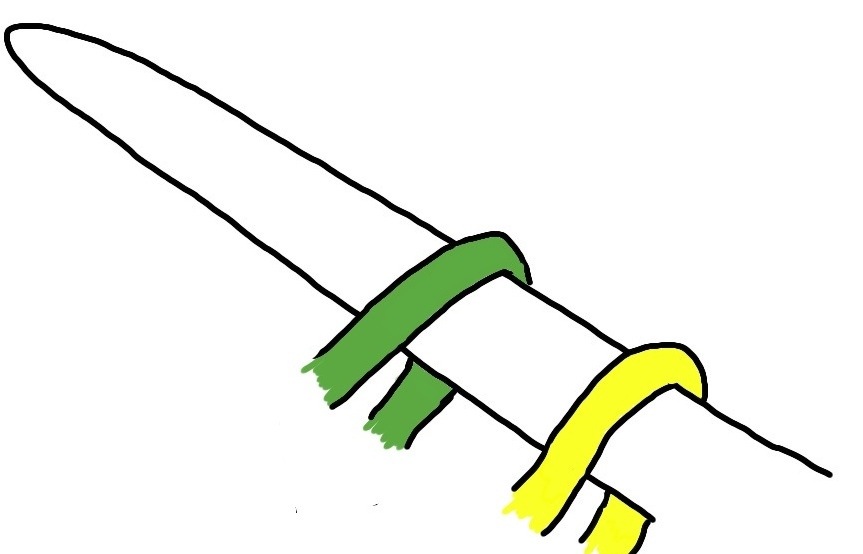 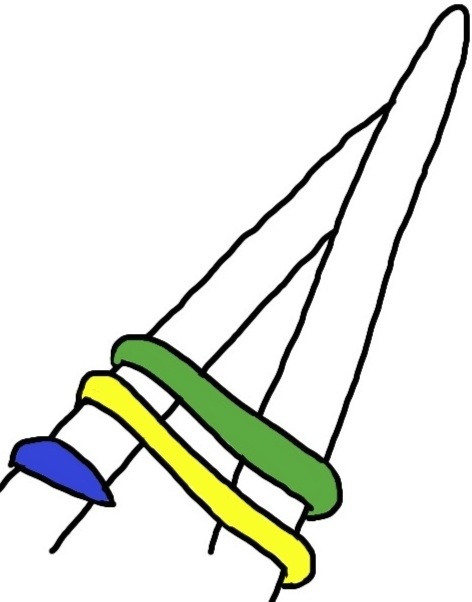 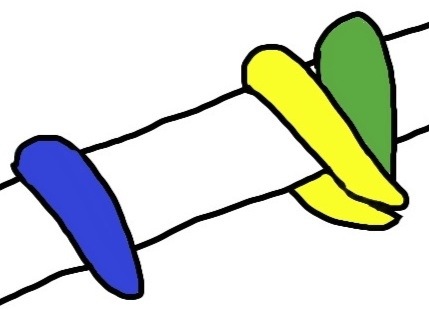 and then knit all three stitches together. This produces a stitch in which the middle stitch is at the back, the third stitch is in front, and the first stitch is mirrored between them. It leans to the right. 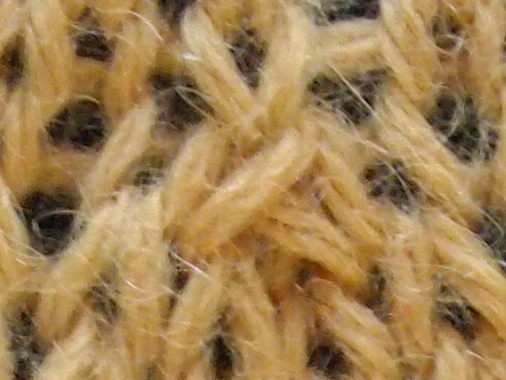 I was hoping to include a really unusual double decrease I invented for a shawl I’m designing, but I have run out of time. It’s not a double decrease in the usual sense: you start with six stitches and end with four. I’ll be posting that one in a couple of weeks. Stay tuned!

2 thoughts on “Double decreases, common and less so.”