In my playing around with Tunisian crochet, mostly in the form of swatches, I’ve fallen in love with using knitting cast-ons instead of the usual crocheted base chain. (I really dislike the usual crocheted chain. I have trouble getting a good gauge.)

There are lots and lots of knitting cast-ons in the world. I’m going to show you what Tunisian crochet looks like with three of them, and then I’m going to show you a different experiment. I’m not going to explain how to do them, because there’s a lot of good introductory material out there. I will link to videos elsewhere; just imagine that there’s an afghan hook there instead of a knitting needle.

There are some things I’m not entirely happy with in these swatchlets. However, I learned from my mistakes, and so I’m going to share both the mistakes and my thoughts about them. Learning is never wasted!

First up, the long-tail cast-on (here’s the video at knittinghelp.com): 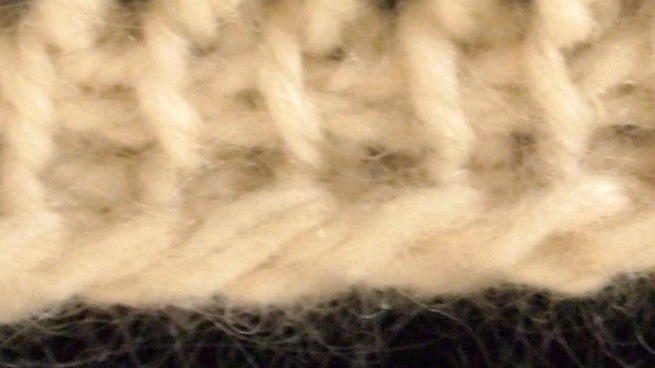 This swatch shows two rows of Tunisian crochet, including the cast-on row. That first row looks a little squinchy, doesn’t it? It’s tight and stiff. If I were to do this again, I would use a larger hook for that first row.

I like the way the edge looks like a twisted rope, just as it does in knitting.

Next up, a different kind of long-tail cast-on, often called Twisted German (video at knittinghelp.com): 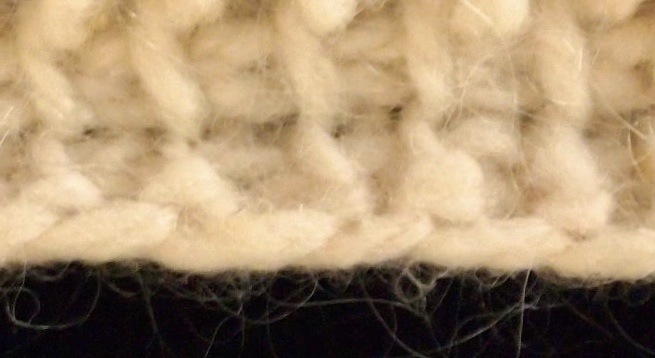 Again, that’s two rows of TSS; a bigger hook would probably help that first row a lot. It works well for me to use a larger needle in casting on that row for knitting when this sort of things happens.

Thirdly, a cable-cast on (video at knittinghelp.com).

I used a larger hook to help me work the stitches (you’ll need an extra hook or knitting needle to form the stitches on your afghan hook). You can see that this made a huge difference.

I do like the way this looks like a braided edge. This edge would actually be the back of the cast-on row for knitting, and this is an artifact of this not being a long-tail cast-on. The solution to this is to purl the stitches instead of knitting them as you’re casting on. You’ll see this in the next example.

I was reading the Tunisian Crochet group on Ravelry, where I saw someone suggest using a foundation base chain for Tunisian instead of the usual crochet chain. I thought that was an excellent idea. And then, wait a minute, why don’t I try using a knitted cast on for a row of Tunisian and then use that as a base for regular crochet?

Hence this next swatch: 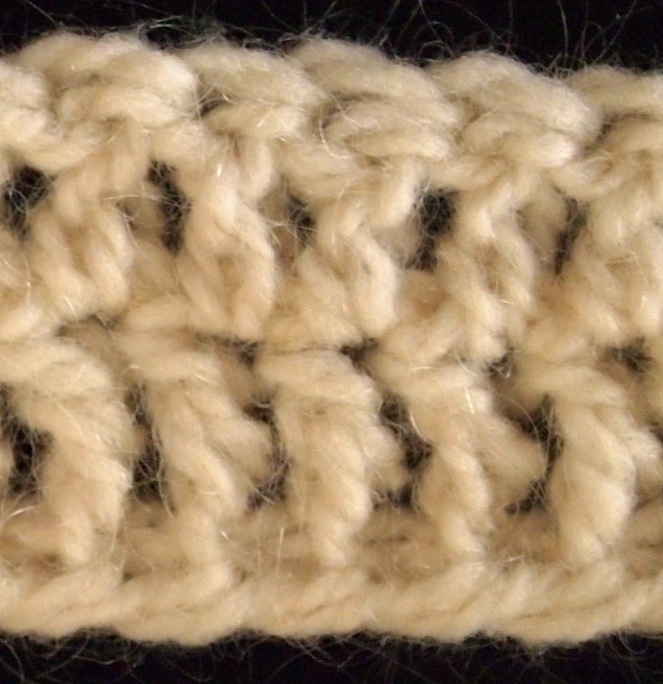 I used the cable cast-on, only purling instead of knitting my way across. I kept the larger hook for working the stitches, and am I glad I did! It’s not very stretchy compared to the crochet stitches.

I like this a lot, regardless, and might prefer it to a foundation base chain for regular crochet in certain circumstances. I might try making the afghan hook larger as well; I think the return chain is what’s making the cast-on tight.

There you have it! I will probably return to this theme in future posts. I have some ideas for other knitting cast-ons that might be interesting with Tunisian crochet, and therefore interesting as a foundation for regular crochet as well.

I’d also love to see what you come up with!