I thought I would expand some more on converting written stitch patterns back and forth between flat knitting and knitting in the round.

Just as a reminder, the basic concept is that you should read every other line from right to left, and invert the stitches so that they will look correct on the front of your knitting.

I’ll start with a really basic one: seed stitch. I don’t have a handy photo, but many knitters are familiar with it. It makes a little checkerboard of purl bumps on both sides of the fabric.

Here it is, written flat:

To convert it to knitting in the round, I’ll leave the first line the same, only changing the label from row to round and removing the RS/WS distinctions because it’s going to be all right side all the time.

Now the second line. Reading from right to left, the first stitch I come to is k1 on the wrong side. Its right side equivalent is p1 (because a purl is exactly equivalent to a knit stitch worked so it faces away from the knitter).

The next stitch in Row 2 read right to left is p1. Its equivalent worked in the round is k1. So to give the whole stitch,

It’s amusing to me that seed stitch’s second round is the same as its second row, but there it is. It can still be useful to think it through as an exercise.

(Note, if working seed stitch in the round, it’s simplest and doesn’t make a jog if worked over an odd number of stitches. *K1, p1* until there are enough rows and all will be well.

The next example isn’t written identically as rows and rounds. 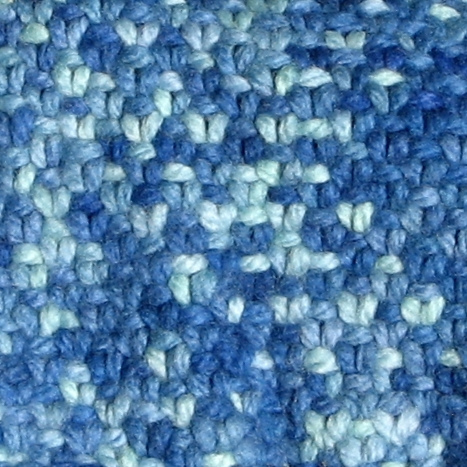 So Round 1 will stay the same: knit one, slip one with yarn in front.

That’s it for now! Next week I’ll talk about lace and decreases.