A few days ago, I saw a nifty bind-off linked on Pinterest*: a faux crochet loop edging.

Neat! I thought. Why didn’t I think of that?! Because I suddenly realized how I would do a crochet loop edging with only knitting needles. (Useful for those of us who can’t crochet for whatever reason.)

Then I clicked through, as is my habit with the niftiest of Pins, even when I think I know how it works.

It was then I discovered that it wasn’t what I thought at all! It’s a beautiful way of creating a superficially similar effect, but it isn’t the method I thought up in that split second. I’ll be saving it for later in case I need it, though.

Now, here’s how to do a crochet loop edging with only knitting needles. It is structurally identical to the traditional way of using crocheted loops to finish the edge of knitted lace in a delicate way, but not hard at all. 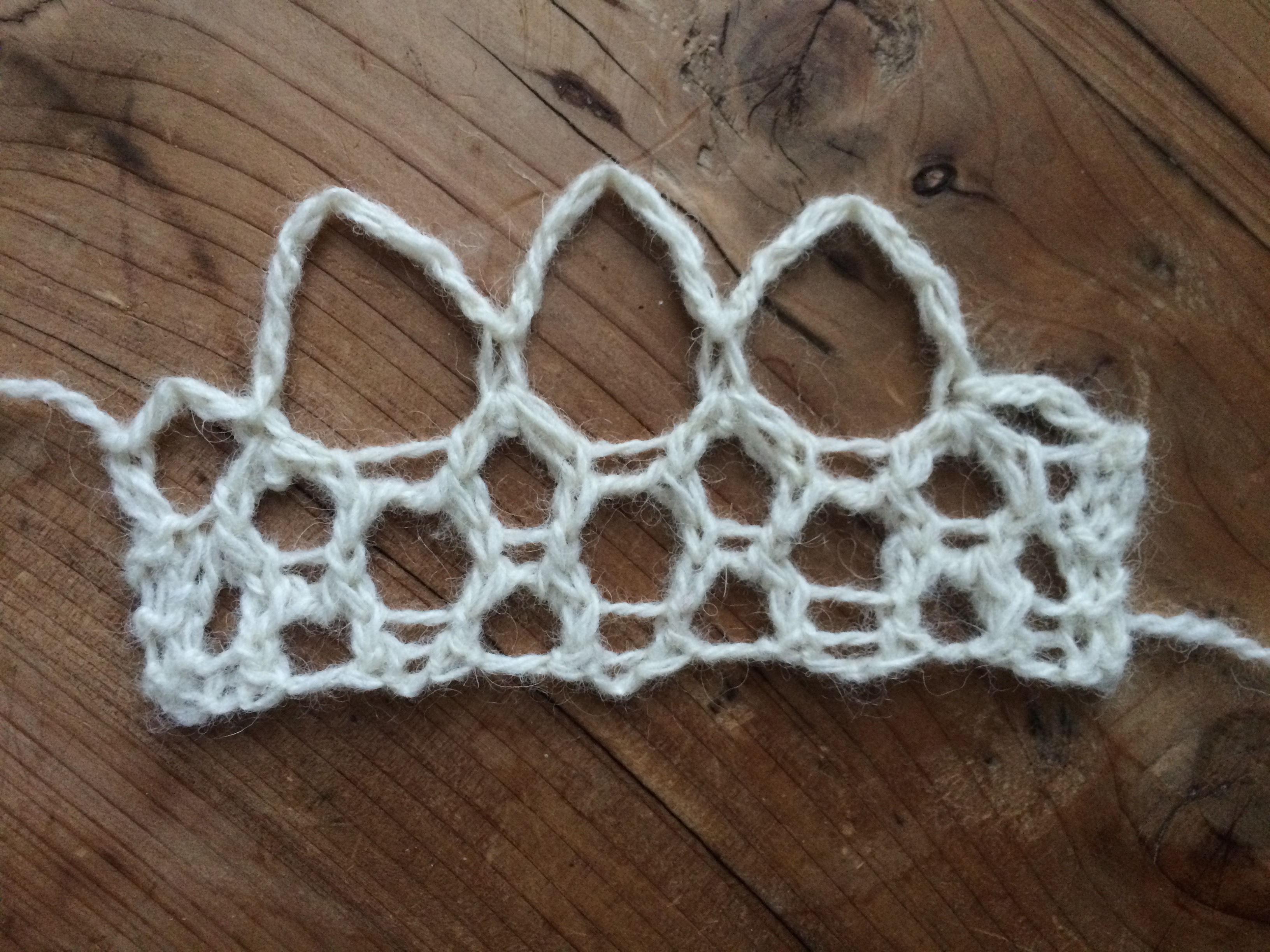 The sneaky thing is that a knitted-on cast-on is really a crochet chain in disguise. Try it and see: cast on some stitches using a knitted-on cast-on, slip the last stitch onto another needle (or secure it with a safety pin) , and slide all the other stitches off. Tug gently: bam! instant crochet chain.  (Note: it might be most obvious if the knit stitches are wrapped around the needle with an Eastern stitch-mount, with left legs in front.) You might want to use a smaller needle than usual, since the needle forces the chains to stay more open than they would if crocheted with a hook.

I used honeycomb lace as a starting point for the swatch above because I like it and because it comes to nice points which look good with this technique. 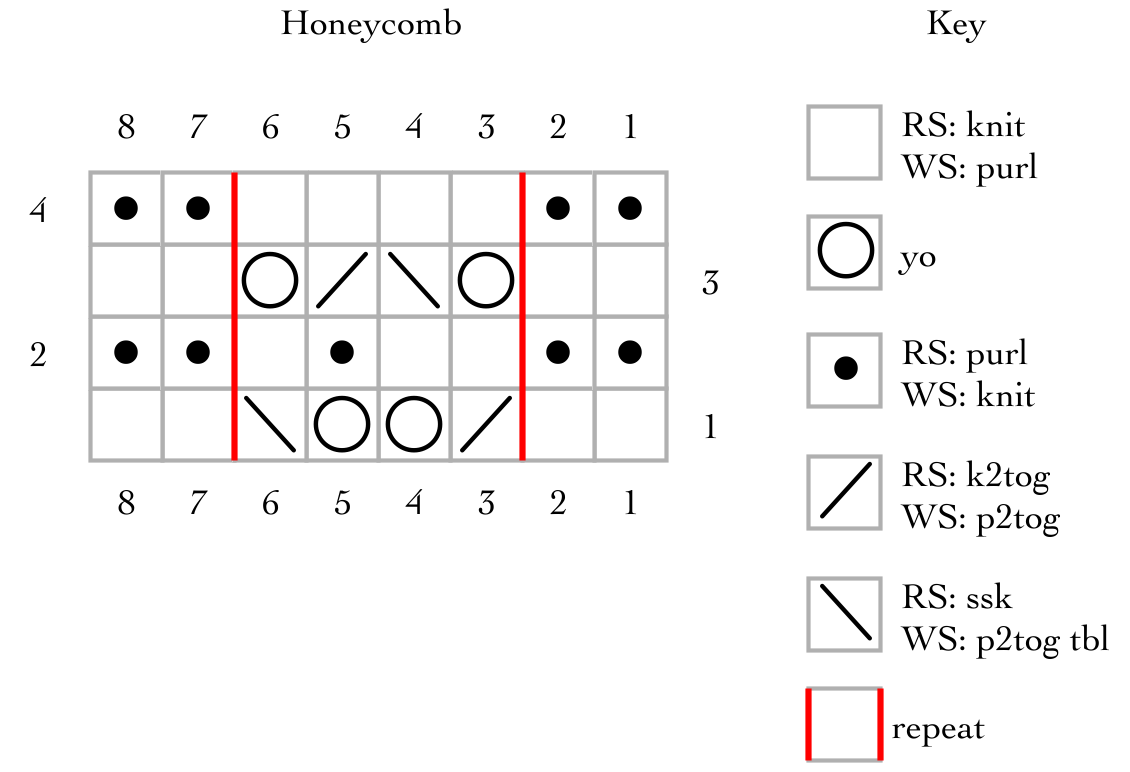 The number of stitches to be cast on is arbitrary; I used 7 for the big loops but could have used 5 or 15.

Note: as with anything like this, I figured I wasn’t the first person to come up with this idea. It’s fairly  well-known that the knitted-on cast-on is a crochet chain. And indeed, when I went looking, I found some paid knitting patterns that seem to include this method in their instructions (though since I don’t own the patterns, I don’t know for certain).

One thought on “Chain loop bind-off worked with knitting needles, not crochet hook.”