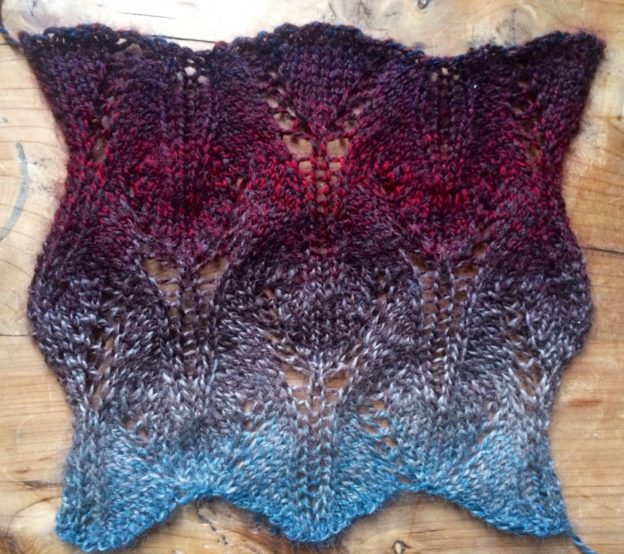 Something I’m wanting to work on in the long run is designing lace that has yarnovers on every row. This is intimidating me more than it probably should, so I decided to start with some baby steps.

It’s often a good idea to play around with existing designs in a technique:  swatching other people’s stitch patterns teaches me a lot about structure. To this end I decided to browse through the stitch patterns in Susanna Lewis’s Knitting Lace. Pattern 54 looked like a good place to start – it’s not terribly complex.

Just for kicks, I decided to try mirroring it. (I added an extra column of knit stitches between each repeat so as not to deal with double yarnovers.)

In the end, I’m not sure the mirroring was a good idea – the fabric is so very lumpy that it’s hard to block flat. The slightly bubbled texture after blocking could be charming or could be annoying. Still, I think I’ve got a somewhat better feel for how the yarnovers shift from side to side as decreases and new yarnovers are added on every row.

I had thought the self-striping yarn would do some nice rippling because of how wiggly the fabric is, but it turns out that it wiggles in opposite directions and cancels out any rippling in the color. Something with a shorter repeat might show it more than this yarn, though. 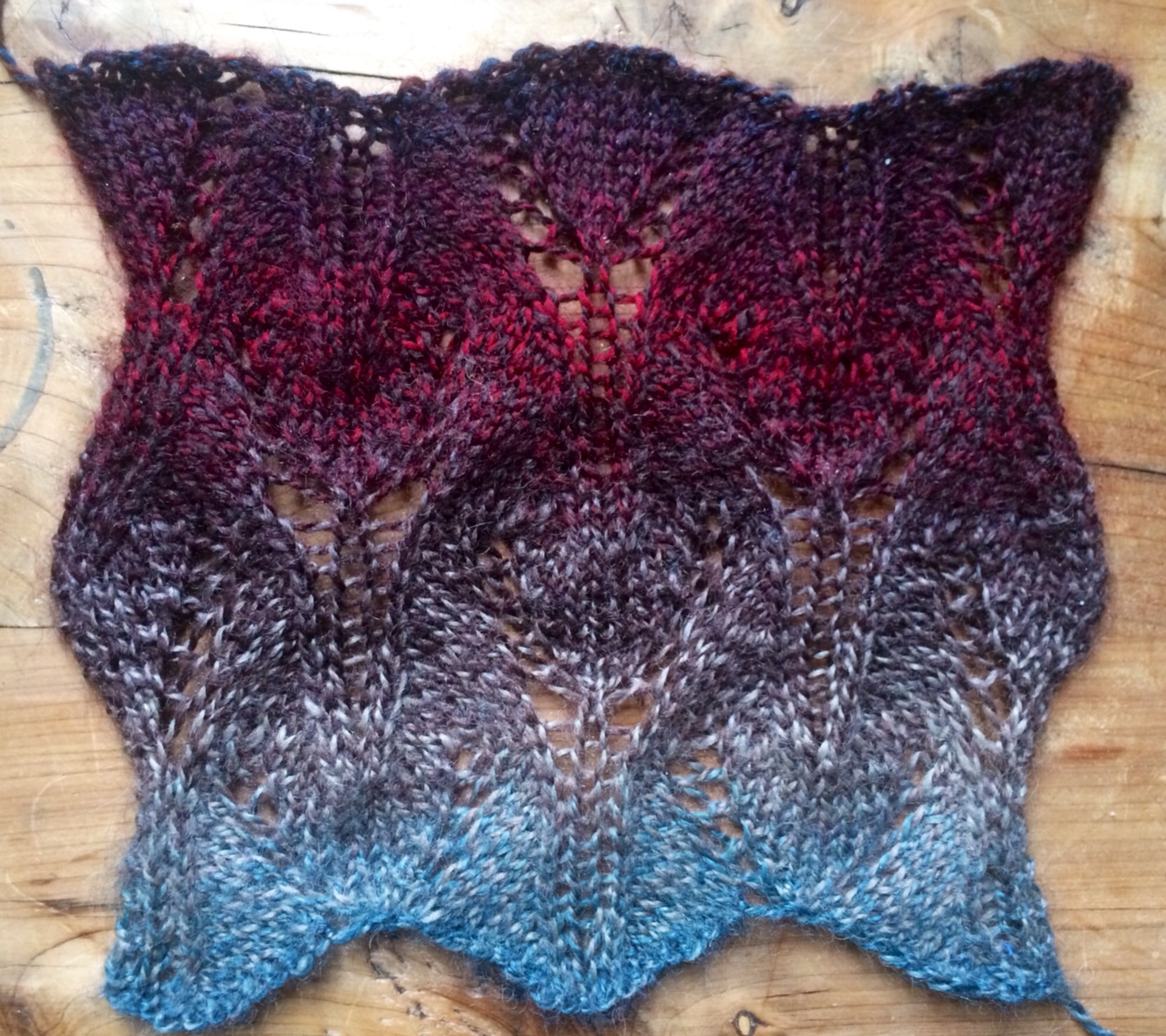 Here’s the back of the fabric before blocking – it’s sticking out a lot of tongues at me! 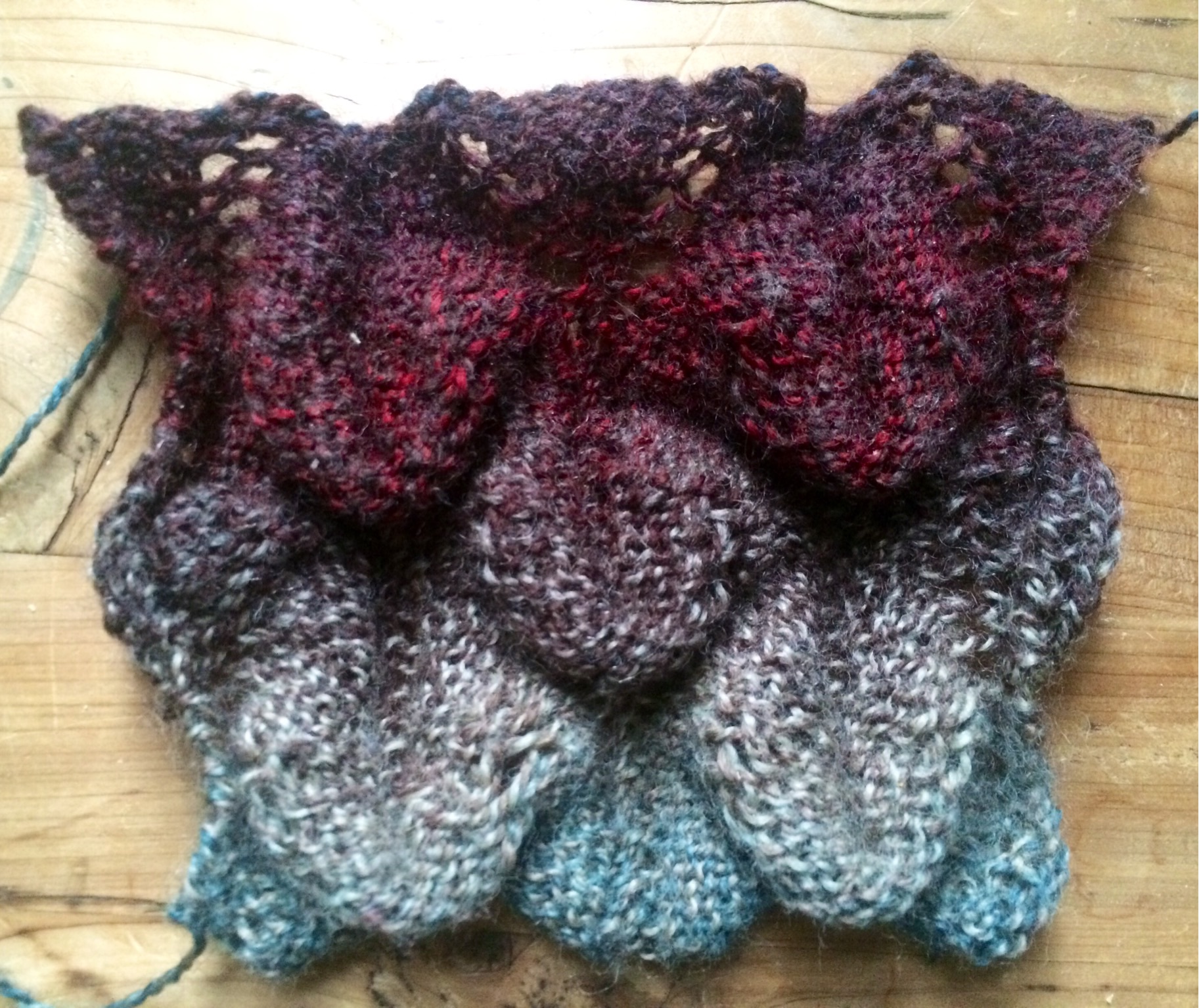 And since this turned out not to be good lace yarn, here’s how the YOs look. I used my tablet as a light box and took a photo – not the greatest photo, I know, but it’s possible to see more of the structure. 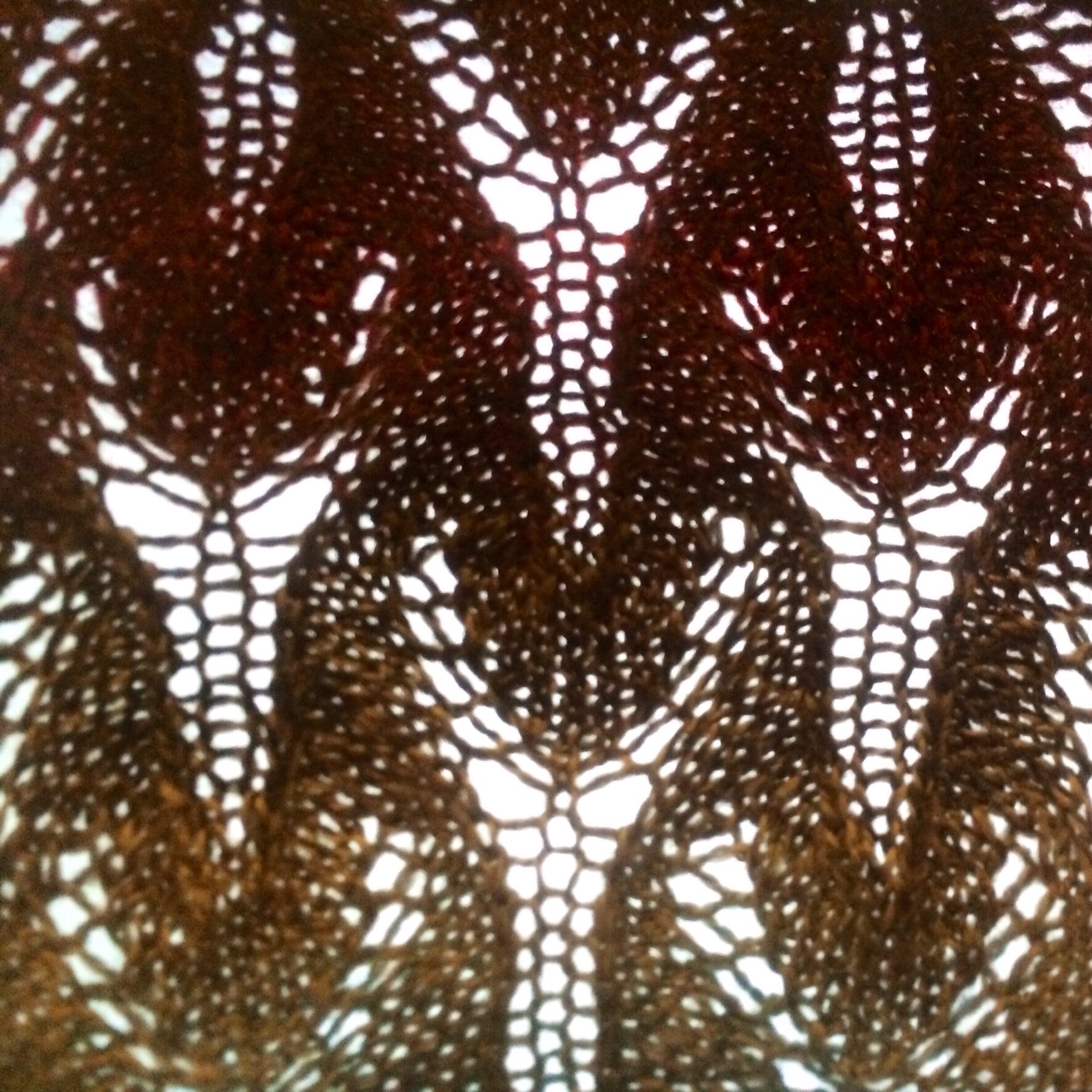