There are certain kinds of stitch patterns that I like to finish with a picot bind-off, placing the picots so as to emphasize certain parts of the pattern. However, I have sometimes found myself a little frustrated. The usual method of creating knitted picots ends up centering the picot over the gap between two stitches. With many of my stitch patterns, this is what I want. But the perfectionist in me doesn’t like this when there’s a single stitch that’s the obvious focal point; in fact, it can sometimes mess up the appearance of the edge. 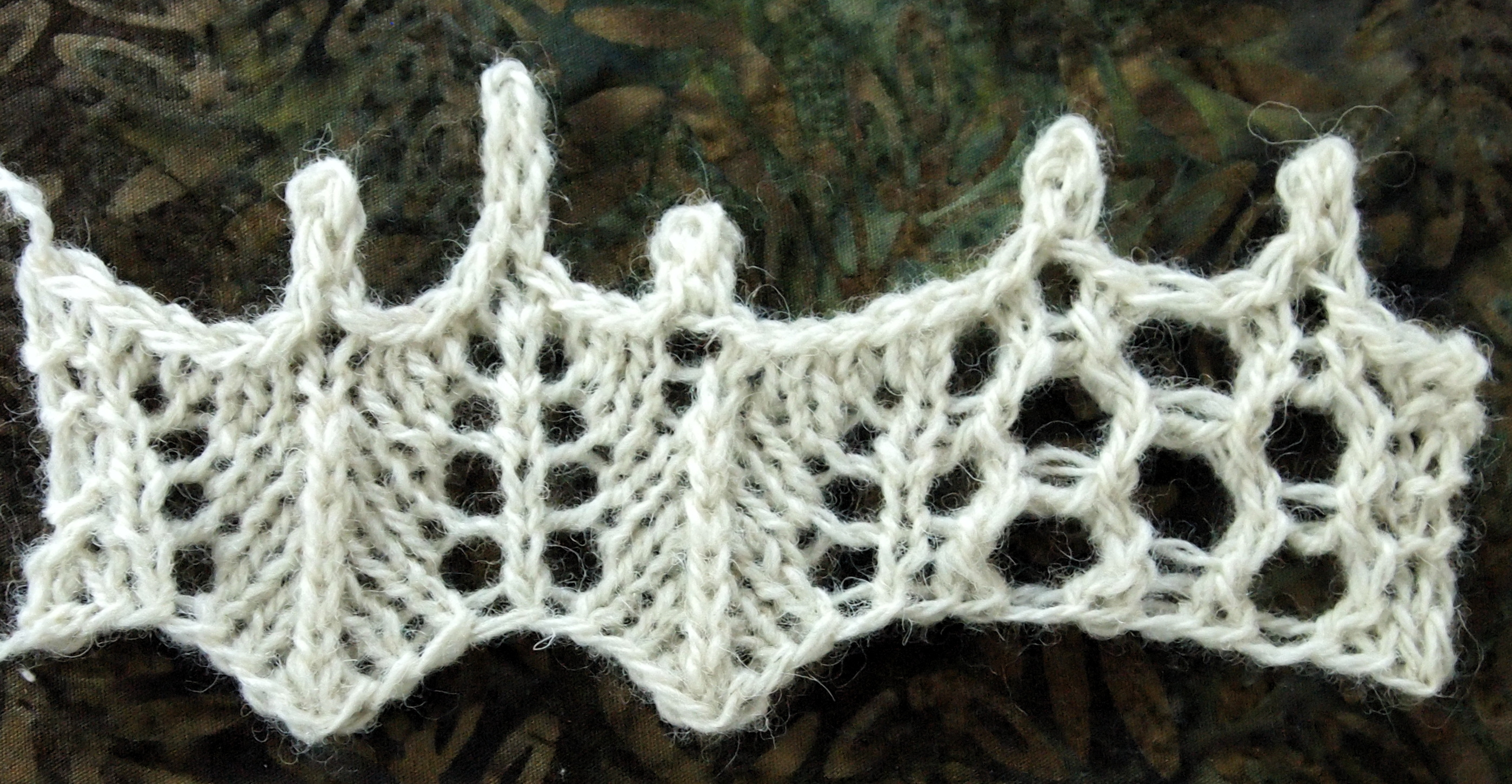 Starting from the right hand side, the first two picots are centered over the gaps between stitches, which looks fine, because there’s not a single stitch at the center of the motif. The third picot makes an ugly hole between the decrease and the next stitch. The last two picots use the method I describe below.

Somewhere along the line I realized that it’s possible to center a picot over a single stitch by binding off that stitch twice: once at the beginning of the picot and again at the end. (I’m sure I can’t be the first person to have come up with this; I’ve just never personally seen it described.)

There are a lot of instructions out there for a picot bindoff, so I’m not going to explain the regular sort. Here are some instructions on Knitty (scroll down).

A centered picot starts out in much the same way as a regular picot. 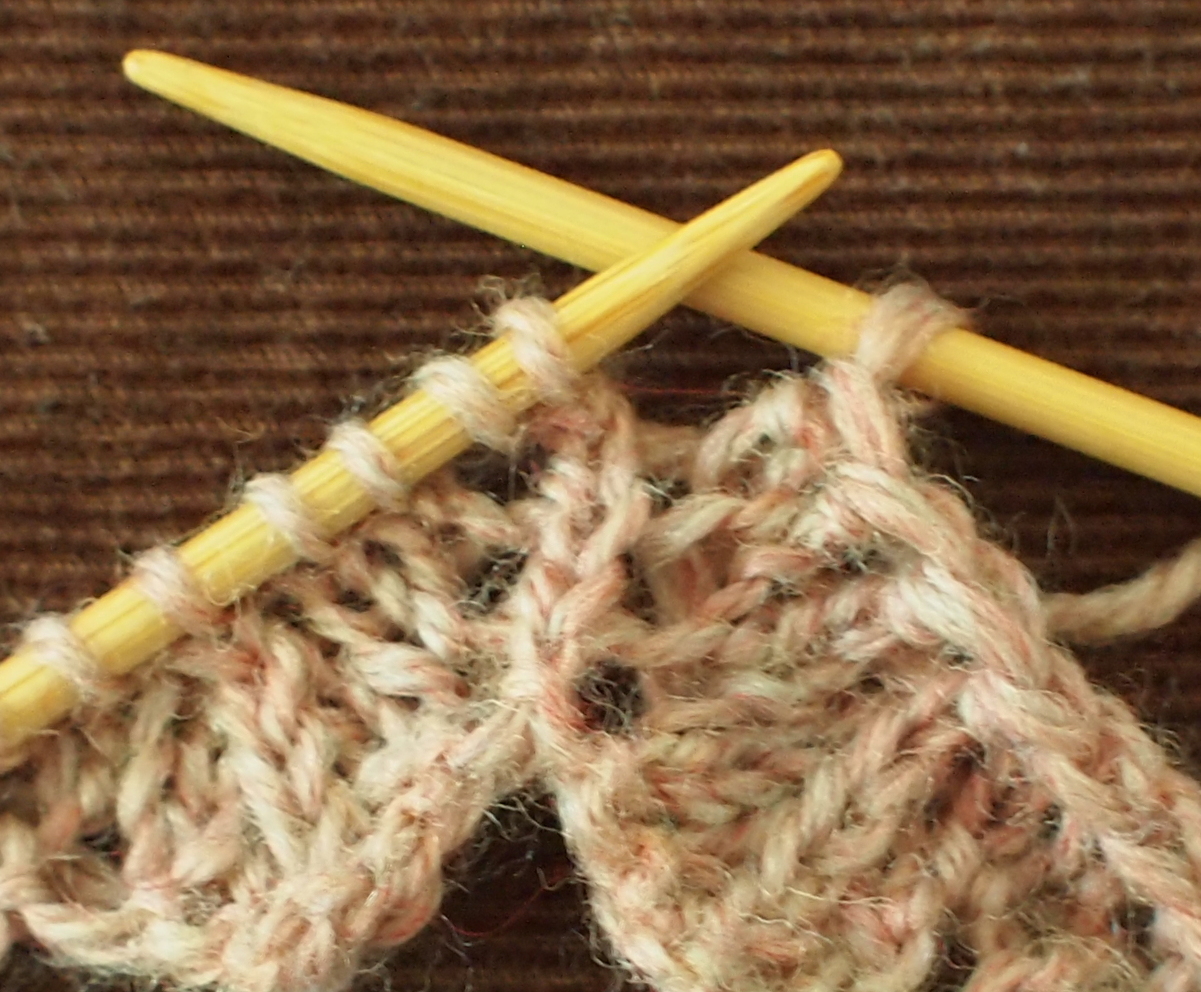 Bind off the stitches leading up to the stitch that will be centered under the picot. I used Jeny’s Surprisingly Stretchy Bind-off (JSSBO). 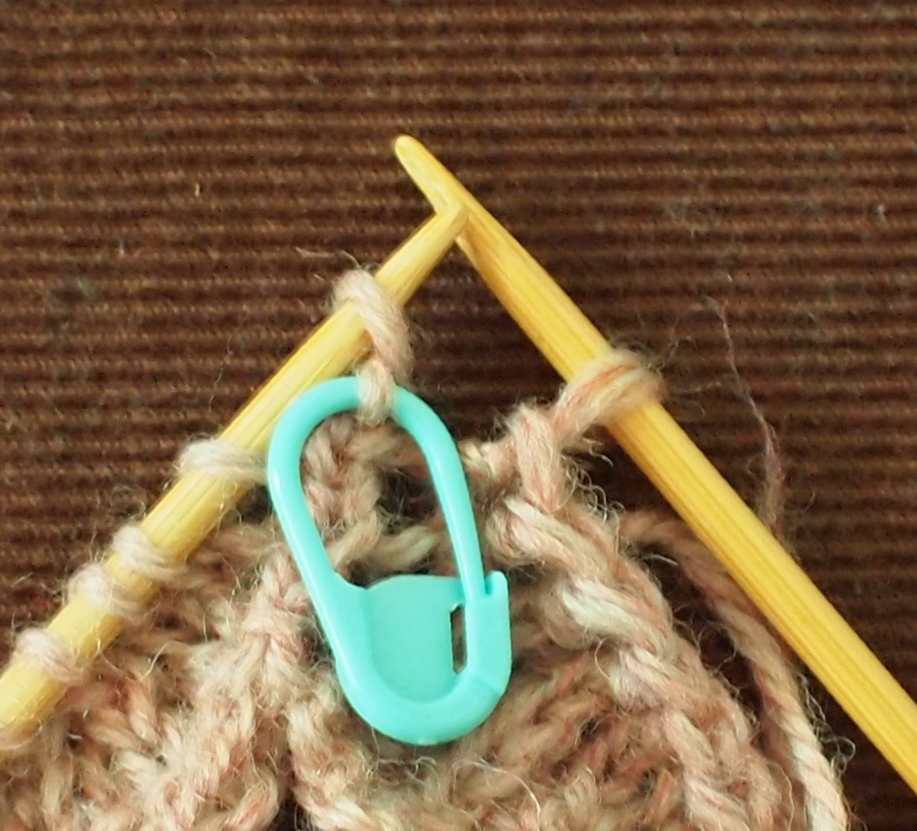 Some people I’ve shown this to have a little trouble keeping track of this stitch during the picot at first. A locking stitch marker (or coilless safety pin) might come in handy – place it in the back loop of the stitch. Alternately, place it in the front and slide it around to the back. It doesn’t need to be in front, though I’ve shown it that way. 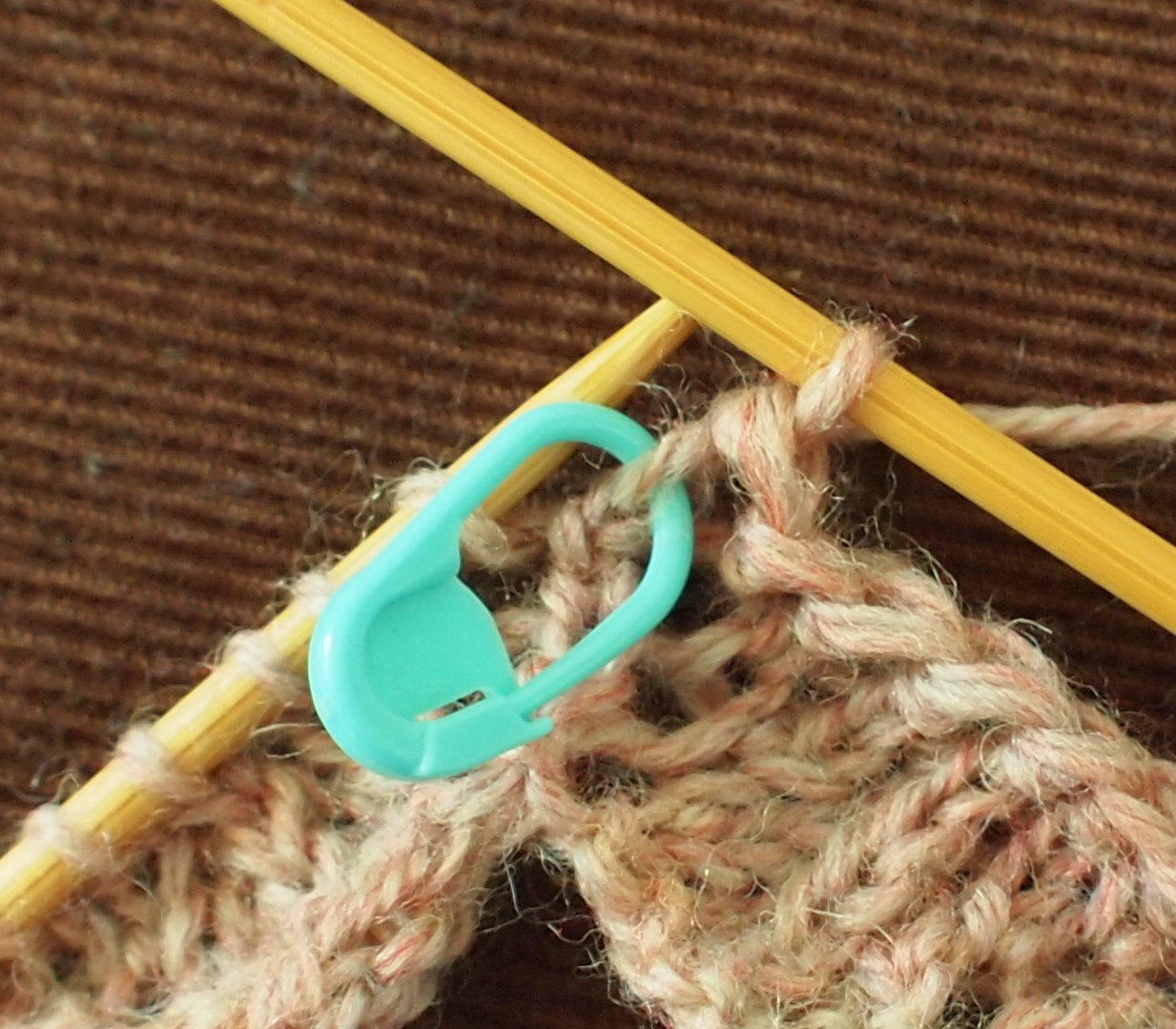 Bind off the marked stitch, and then slip the new stitch back to the old needle. (The second part of this step isn’t shown in the photo above.) 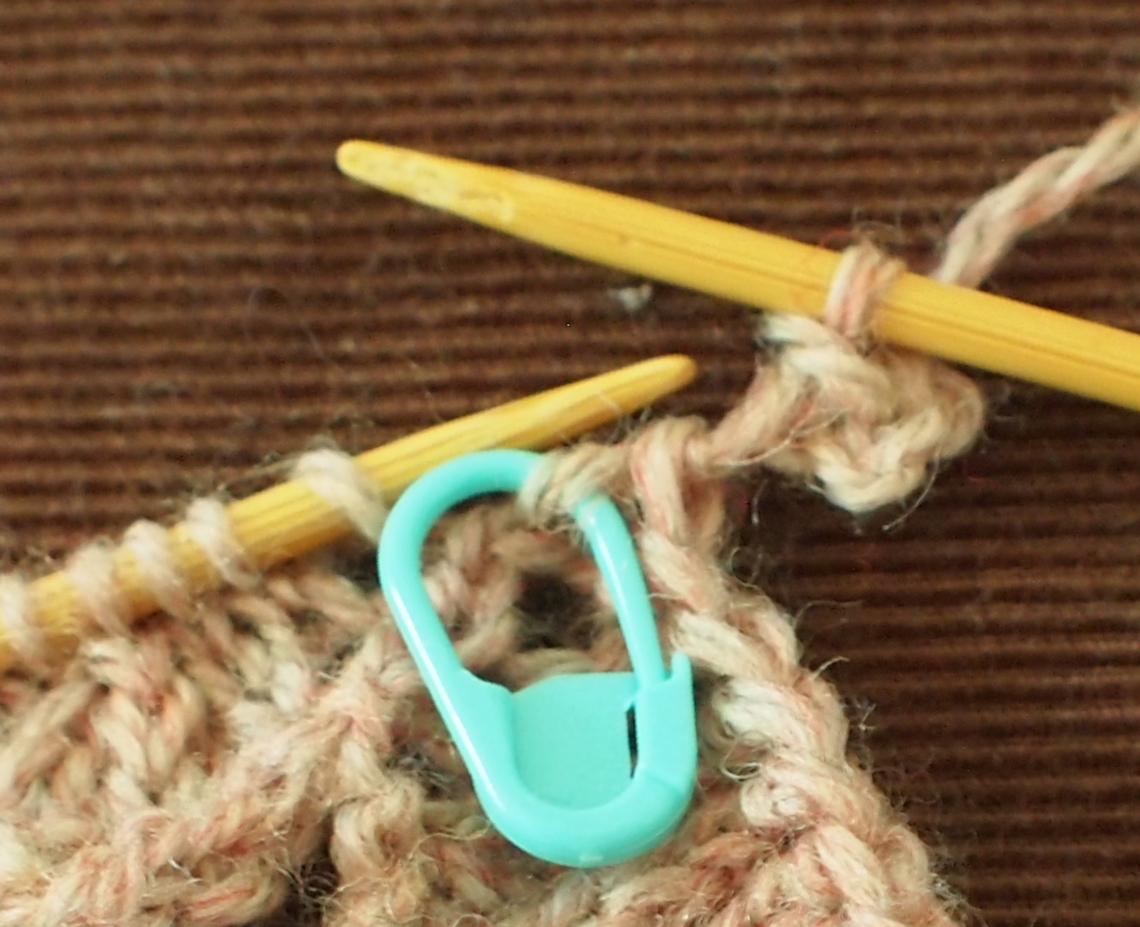 Work the picot as usual (I don’t use JSSBO in the picot itself), but don’t bind off any stitches that aren’t part of the picot. 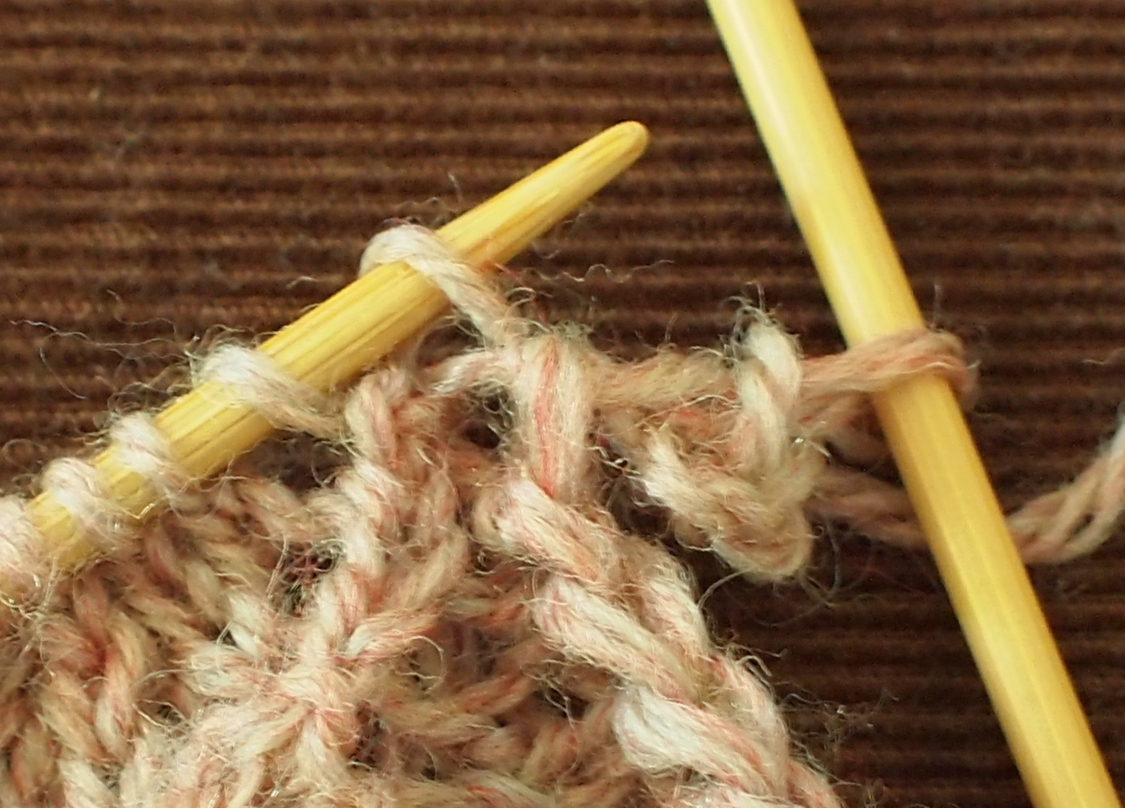 Pick up the stitch from the locking stitch marker, then continue binding off. 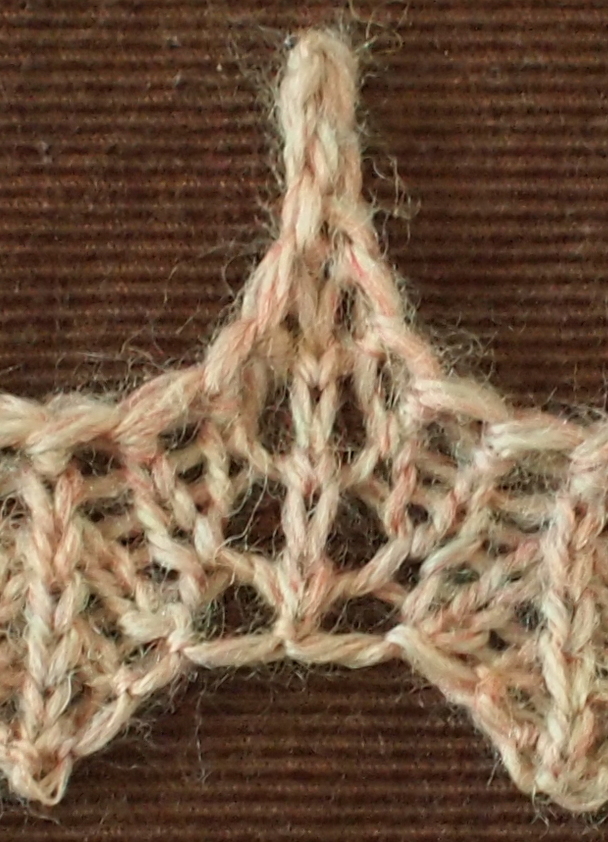 Here is the picot after blocking.

The net effect of this might be to make the bind off marginally less stretchy, but JSSBO helps mitigate that.

6 thoughts on “Centering a picot over a single stitch.”