A little late for Talk Like a Pirate Day, here is an encoding of Arr. There’s been a gradual increase in the number of geeky Internet holidays, and so I thought I’d make stitch patterns for a bunch of them (secret code being geeky in itself). Admittedly, I’m not personally fond of Talk Like a Pirate Day, but it is one of the older such holidays, and well known. It wouldn’t seem fair to exclude it. (Anyway, I like the lace that came out of it.)

I saw a stitch pattern on Pinterest that had a plain row of elongated stitches in the midst of lace. Since the first row of this chart doesn’t have any yarnovers, I decided to try it, but didn’t really care for the effect in this design. I’ve left it in the swatch that’s the featured photo to show what it looks like. I knit several plain rows, then knit the first stitch pattern repeat with elongated stitches in the first row. Then I knit two more plain repeats.

I think this might qualify as a feather and fan variant. (If you wanted to knit row 2 instead of purl, that would increase the resemblance.) 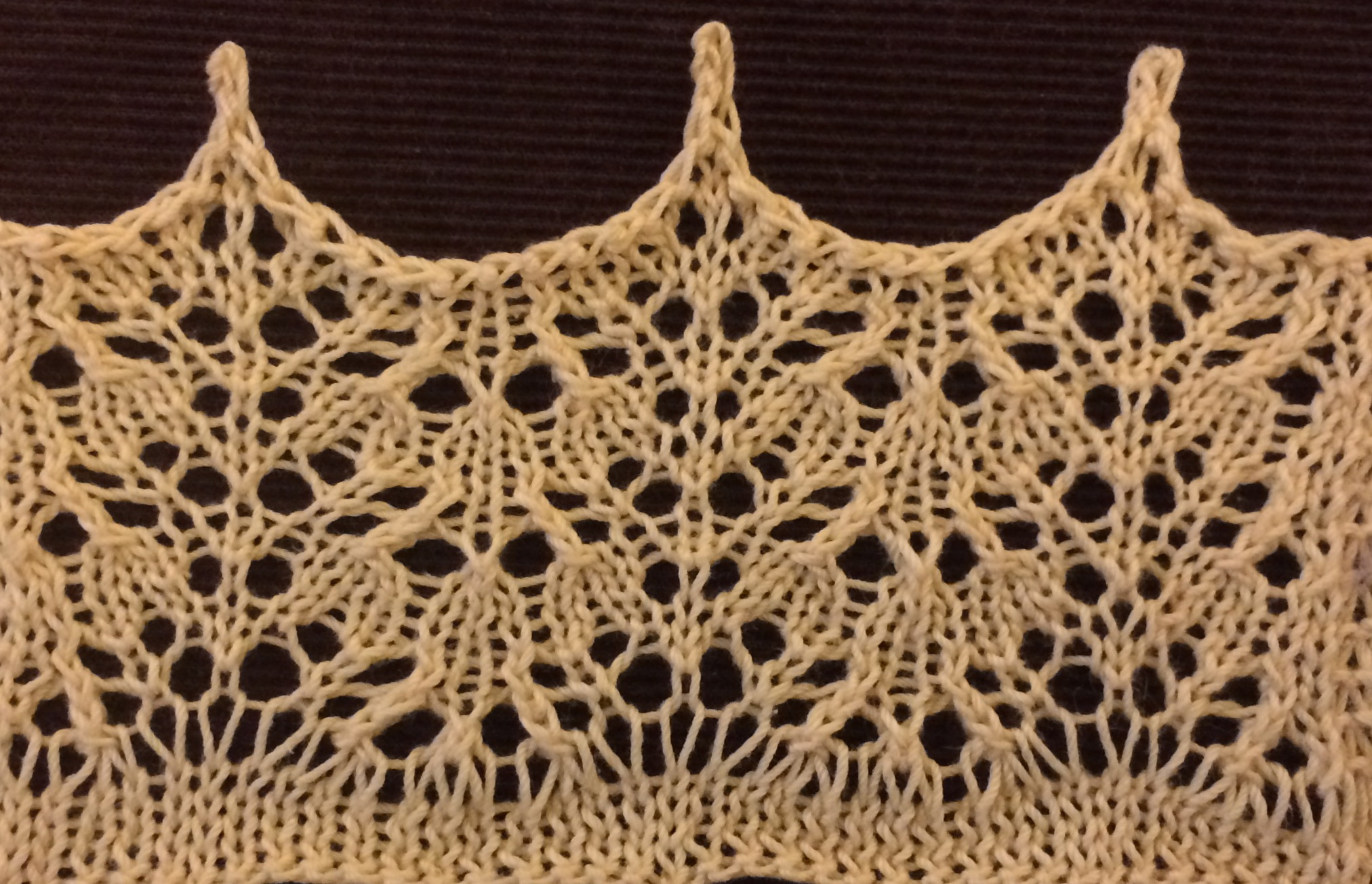 Stitch pattern is a multiple of 12+1 stitches and 8 rows.