A question came up elsewhere online about how to make double and triple yarnovers smaller.

I’ve actually thought about this before, but haven’t used my ideas in my stitch patterns – my secret code method when applied to lace means that I need to chart the lace with a yarnover in every encoded square.

But there’s no reason why someone couldn’t knit my stitch patterns with the methods I’m going to describe below. I do have two caveats:

Even so, it’s a handy way to think about it. (Also, this can be a useful method for coping with having made a single YO instead of a double or triple.)

The important thing to realize is that when there’s a double or triple yarnover on the right side row, it doesn’t actually increase the knitting by that many stitches. It just makes a single large new stitch. It’s the number of stitches worked into the double (or triple) yarnover on the return row that makes for more than the single increase. Having multiple loops makes for an  reminder of the location for multiple stitches but there’s no inherent reason to have them. 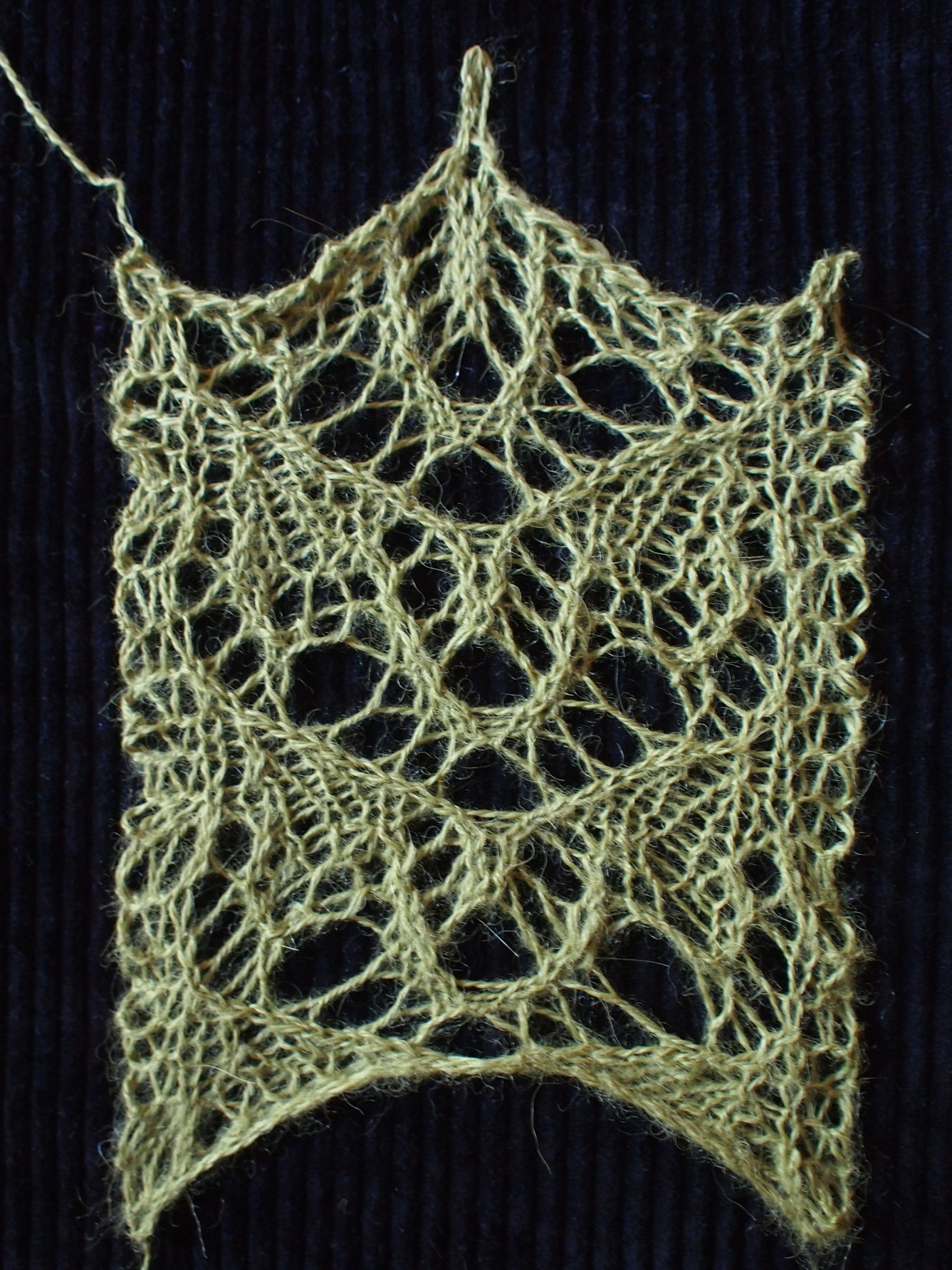 The swatch in the featured photo is the result of my playing around with this knowledge on a small scale, using one horizontal repeat of Friendship. The blocked swatch shows that some of the size of larger yarnovers has as much to do with blocking and their context in the larger stitch pattern as with how many loops were made at the time – still, it’s a worthwhile exercise.

Here’s the chart for the swatch: 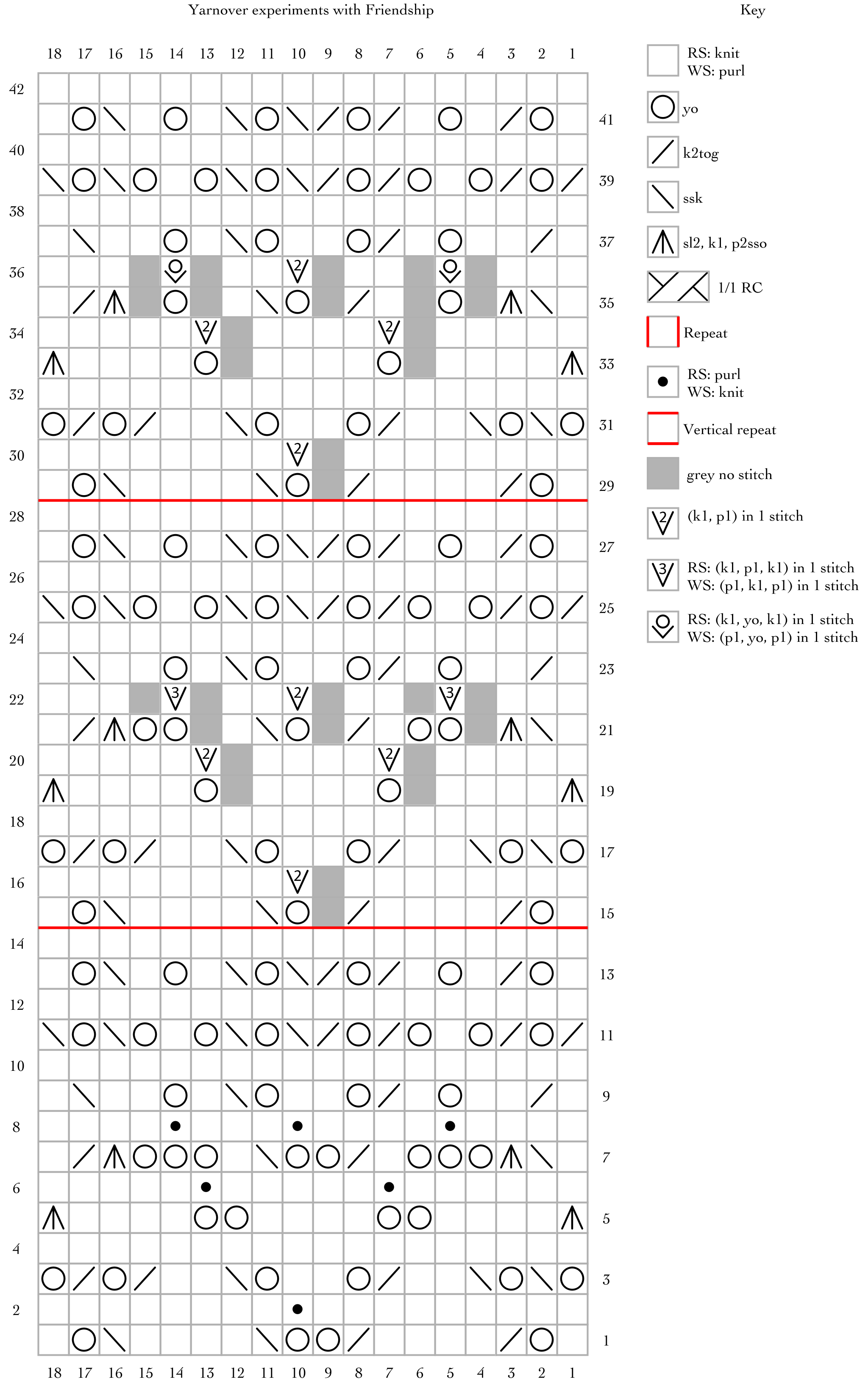 I hope this is helpful to you sometime!

2 thoughts on “The physical size of multiple YOs”