In my post about inside-out picots, I mentioned that I’d come up with some variations on the theme of the picot bind off. Here they are, including borrowing a concept from tatting.

One day I was knitting a long picot when I had a thought: what if I bound off some of the picot stitches and then started a new one? This is the result of that question. 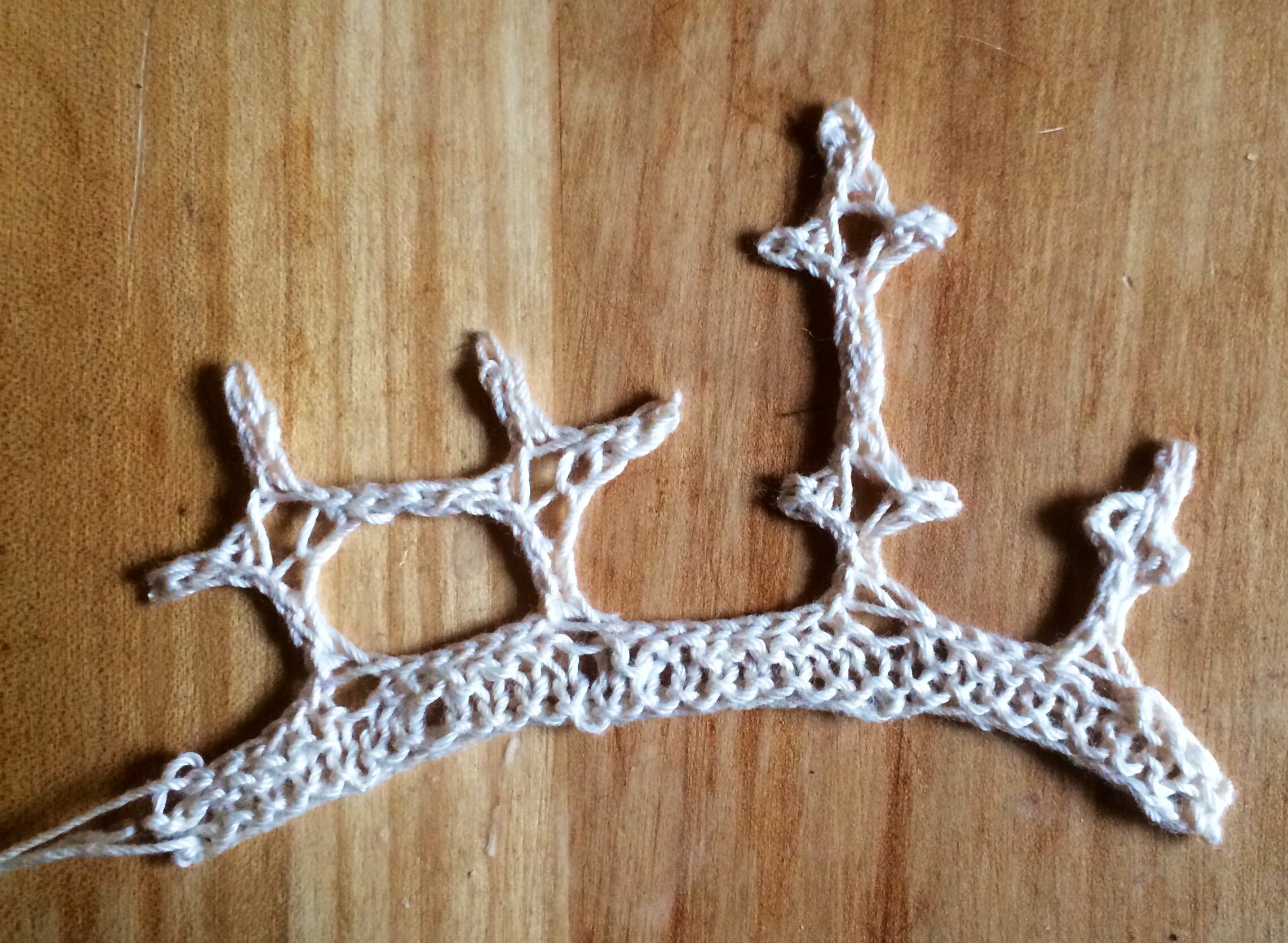 (I had photography issues; I hope the images are clear enough.)

First, cast on more stitches than usual for a picot. I use a knitted-on cast-on for picots; some knitters like  a cable cast-on. (See both illustrated here, on a Knitty page.) Here, I cast on 7 stitches. 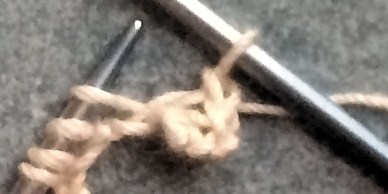 Then bind off some stitches – keep track of how many if you want to be consistent. I bound off three.

Then cast on some more stitches. Here, I cast on three more 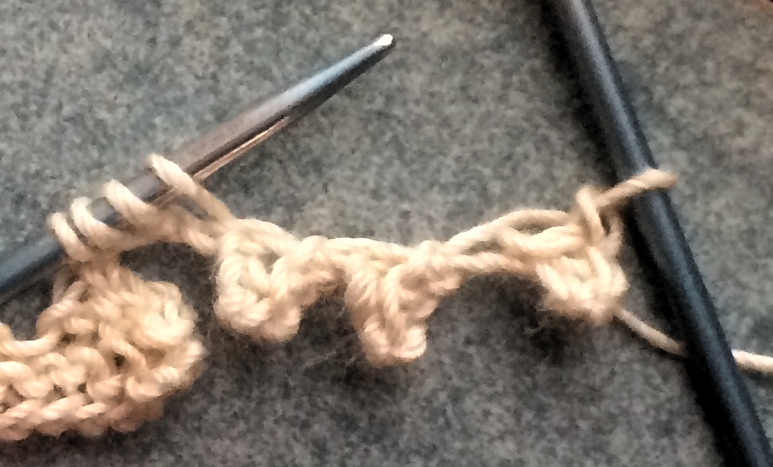 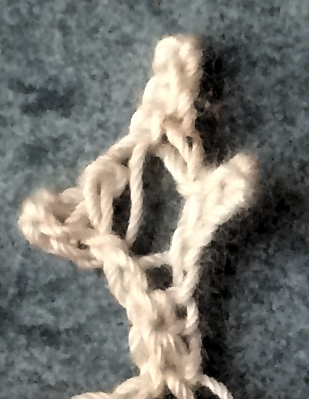 At this point I wanted to get back to binding off the stitches on my original knitting, so I bound off the remaining picot stitches and then kept going.

The next speculation involved making a picot on the side of a long picot, and then making the picot longer still and putting more arms at the end.

And then I wondered what would happen if I treated a knitted picot the way tatters do – they attach one section of tatting to another using picots.

So I made a picot with picot arms, like the first one. Then I made another one several stitches over, except that I paused just before binding off the first picot arm, and got out a crochet hook. 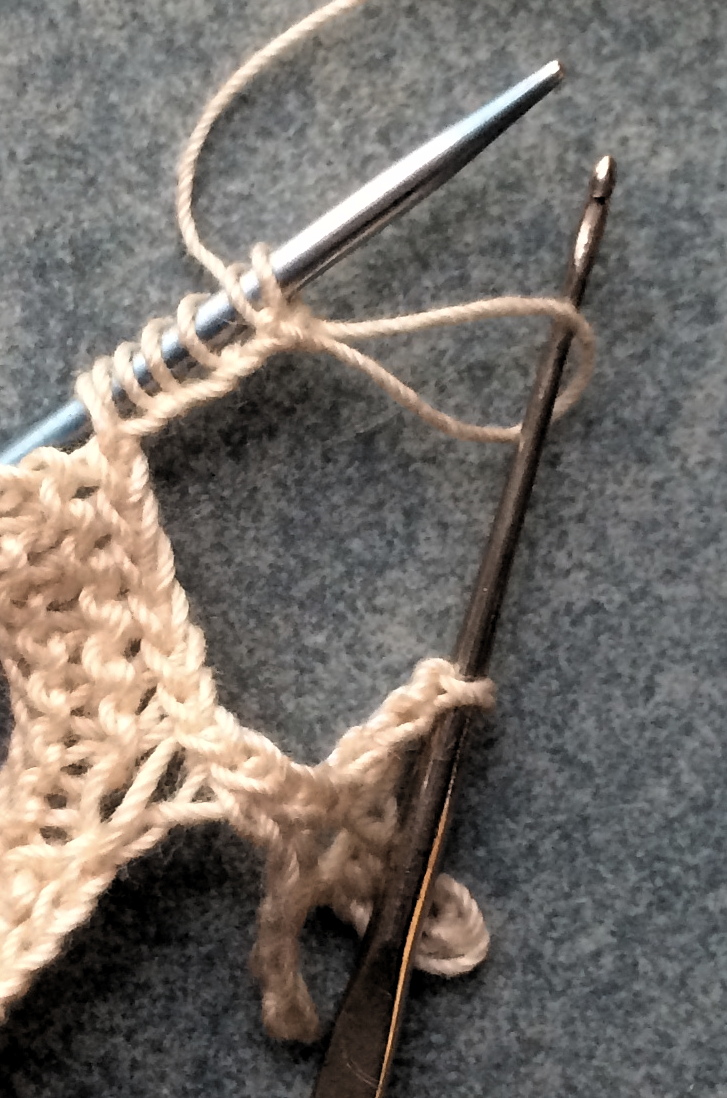 I put the hook through the end of the last picot arm on the previous picot. Then I slipped the last live stitch onto the crochet hook. I find it easier to lengthen this stitch. 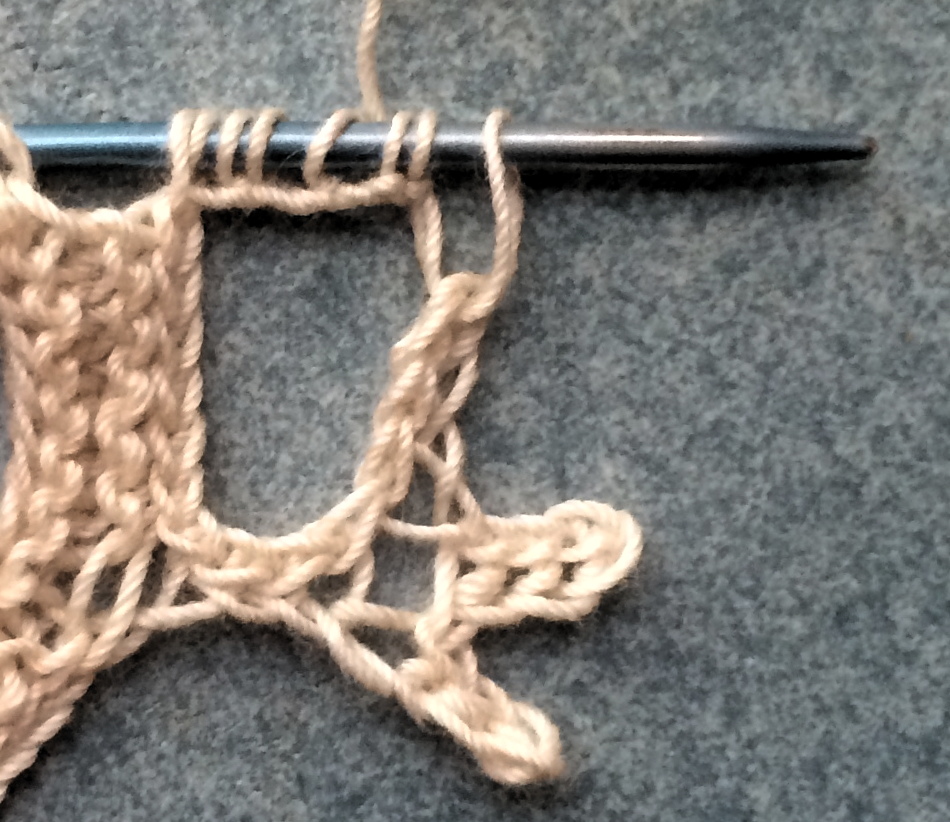 Pull the stitch through the picot arm and slip it back on the knitting needle. 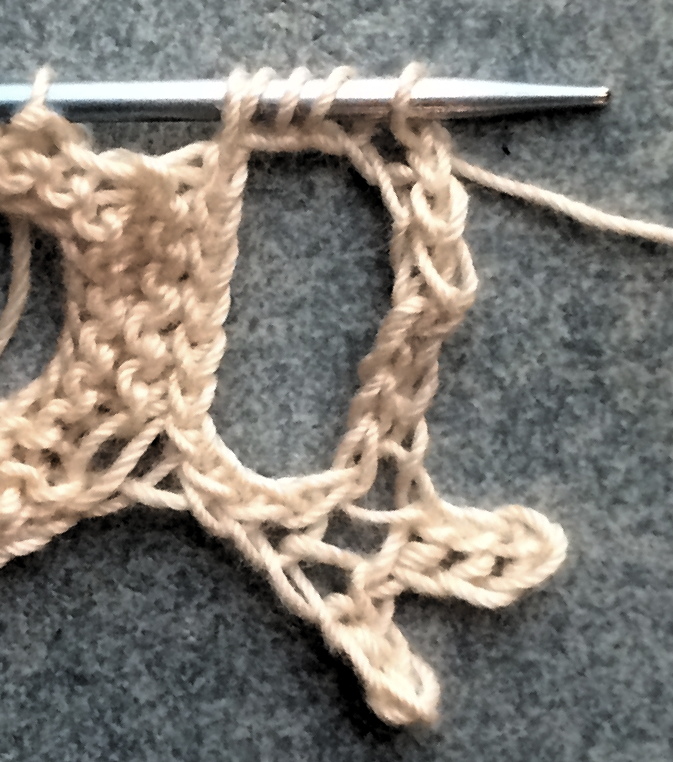 Pull it tight, then bind off the picot arm and continue. 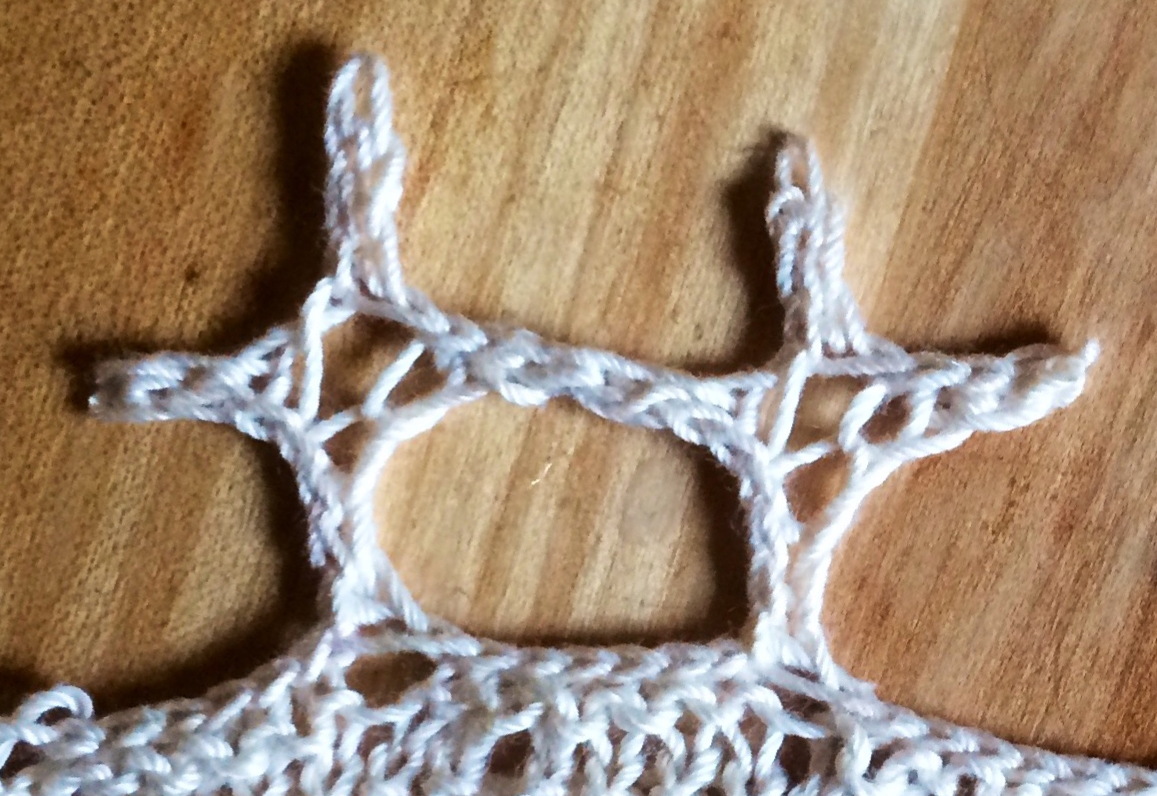 This is all I’ve thought of so far – oh wait!

Not exactly. I also realized a long time ago that when knitters make picots, they’re doing crochet, at least if using a knitted-on cast-on.

A knitted on cast-on is the same thing as a crochet chain. And the basic knitting bind off when used in this context is slip stitch crochet worked in the back loops of the chain.

So this kind of work can be used to make the kind of designs used for some kinds of crochet. Not on a grid, but doodling lines as with a pen