(Fair warning: my Twitter has politics and other things mixed in with the fiber arts.)

Since I am firmly of the opinion that things I do accidentally with my knitting are worth exploring for possible deliberate use, I decided that I should do that with this, too, and thought up some variations.

I’ve nicknamed this inclusive increases because I was knitting with inclusions. It might well have an official name somewhere.

I didn’t use any compensating decreases, though obviously I could have. 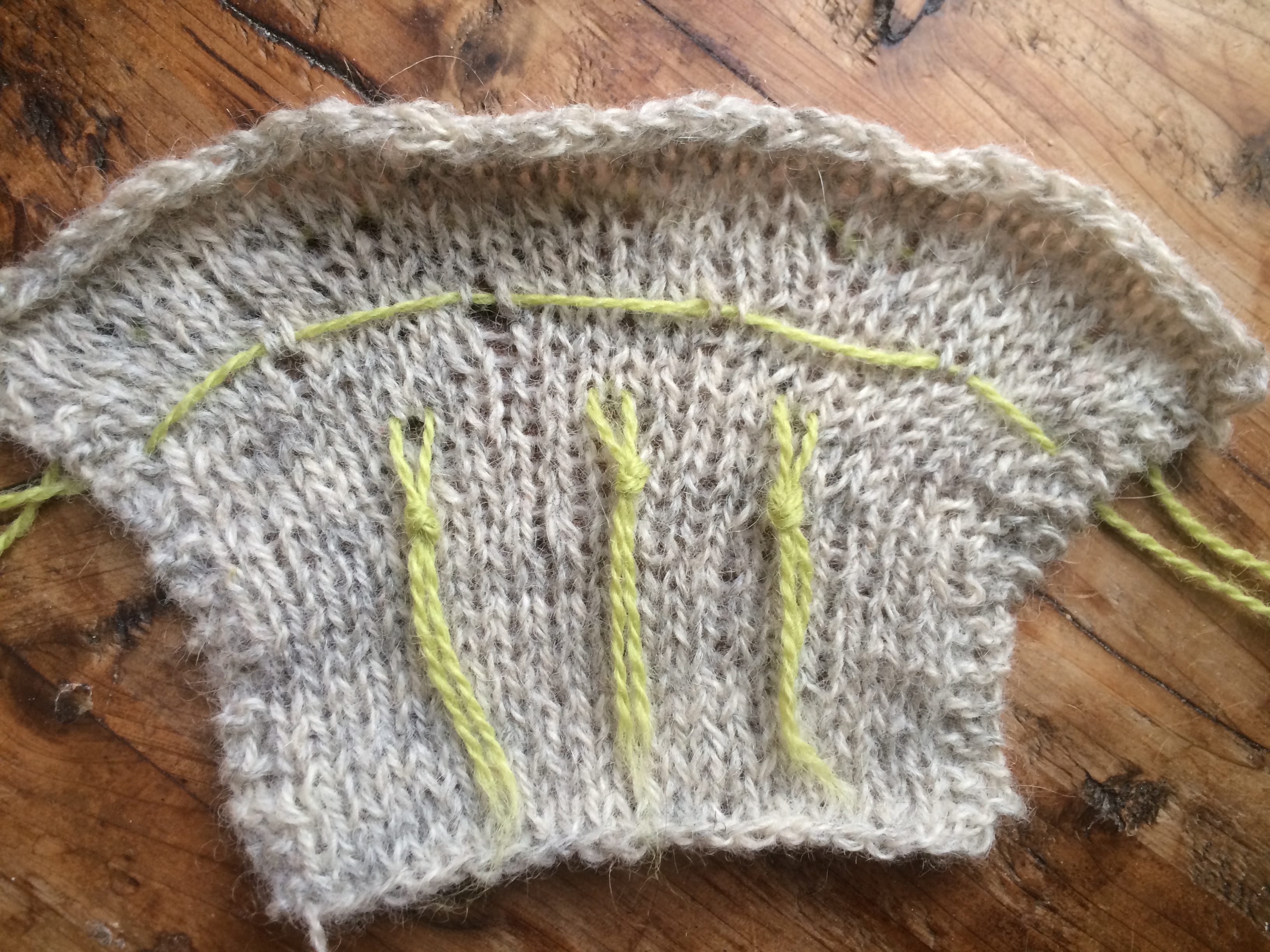 At the bottom, I made three yarn loops of the sort I make on the rare occasions when I need to improvise stitch markers, and treated each one the way I would a stitch. I think these have promise, and I could see doing this with jewelry findings somehow.

A few rows up, I carried a strand of yarn across the front of the knitting. Where I wanted an increase, I picked it up and knitted it. This has some similarities to inlay. Presumably, this would be a good way to make increases when using inlay.

A few rows above that, I did the same thing, but carried the yarn across the back.

I like the separate tassels better, though I might want them to have smaller loops. Carrying the yarn across makes the knitting not very stretchy and creates an effect like smaller yarnovers. This makes sense; the stitch that was knit is essentially a yarnover with something draped over it, partially constricting it. In fact, this turns out to be something like beading a yarnover as it’s made.

I enjoyed playing with this; I don’t think I’ll actually use it for anything, though I presume someone might find it useful.