There are times when a particular effect in knitting is best accomplished by adding in some extra stitches – these are the steek – reinforcing those stitches, and then cutting up the middle of the extra stitches. Many modern knitters have an almost visceral negative reaction to this, as if the knitting will somehow disintegrate immediately, and yet this is a traditional method, well-established.

I have a pattern coming out soon that uses steeks, and so I thought I’d write a little bit about them.

Generally speaking, steeks are most secure when the knitting is worked in grabby wool yarn with a tendency to felt, like Shetland jumper yarn. However, cutting knitting is possible with other yarns, so long as it’s securely reinforced (the slipperier yarns might require reinforcement with a  sewing machine.)

There are a number of good methods and tutorials for steeks out there. A method that many people like is this one demonstrated by Kate Davies, which encloses the raw edges in crochet.

I don’t have any objections to that, but this is how I reinforced the stitches in two of the samples for my upcoming pattern (I used a sewing machine for the third). 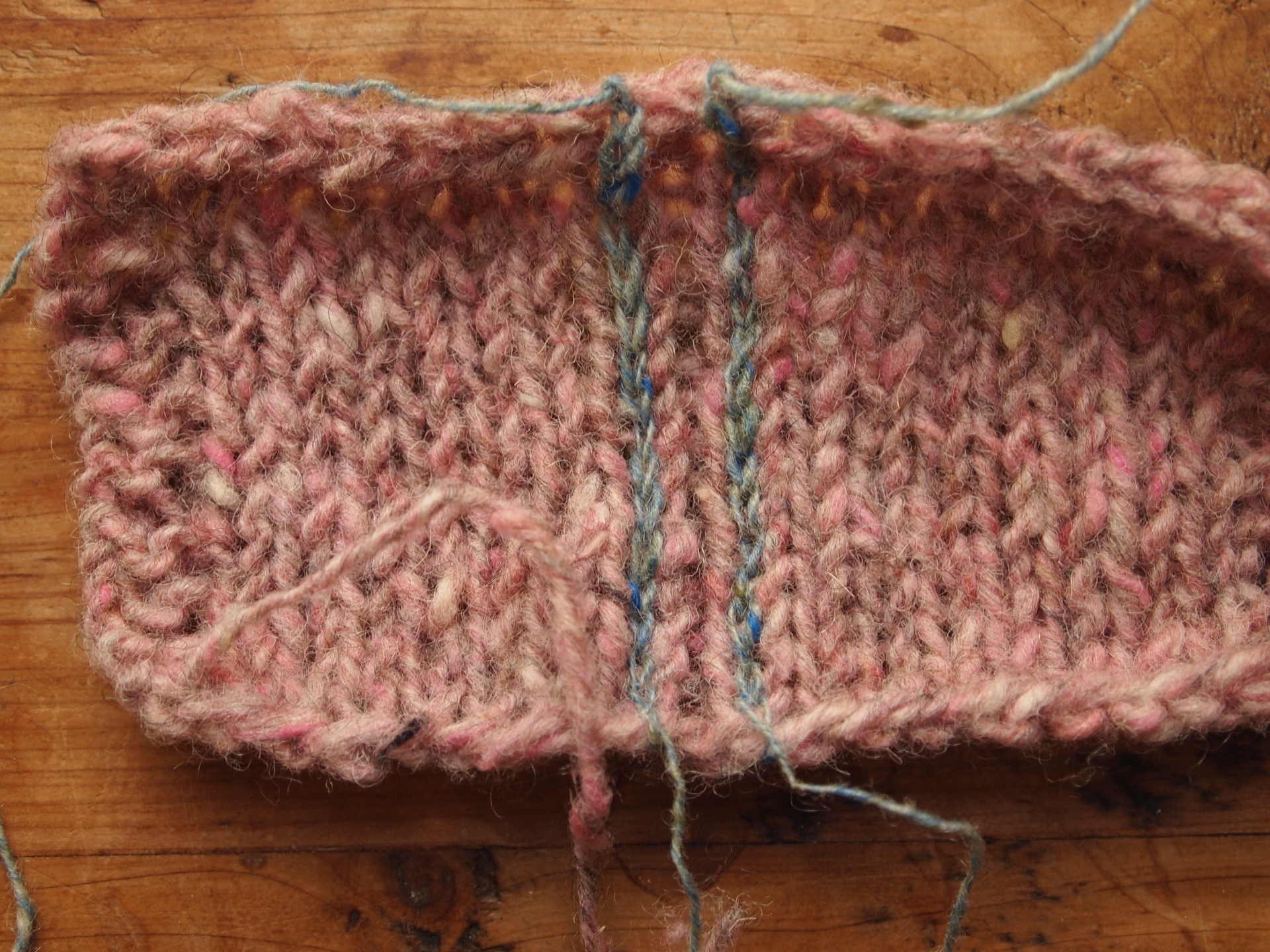 Here is a swatch with the reinforcement already worked. Pretend I knit it in the round with five extra stitches per round and then washed it before reinforcing. The five extra stitches are (k2, p1, k2), because the purl column makes it easier to see where to cut. (This can be accomplished with colorwork instead.)

The chain stitch can be worked two ways. First, with a crochet hook. 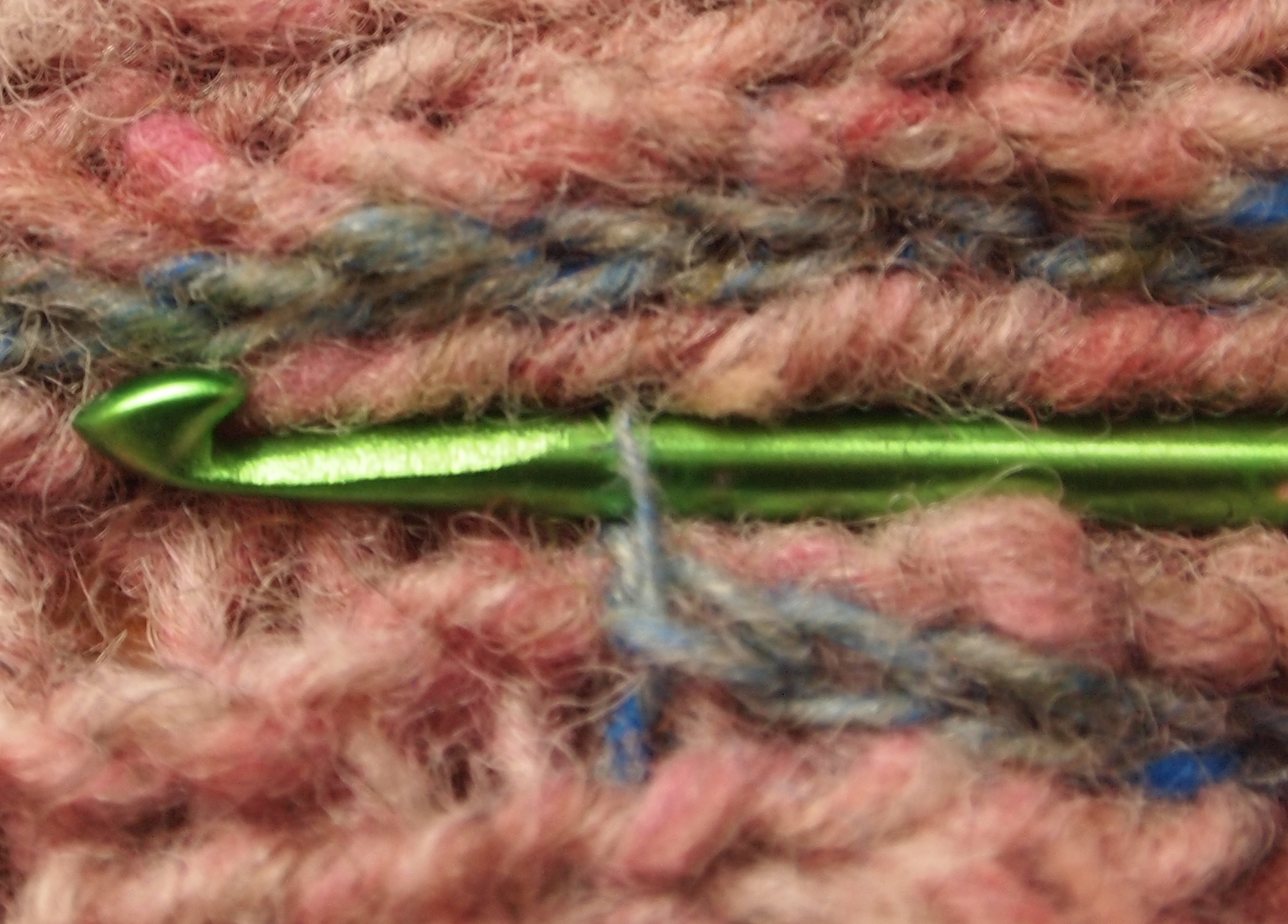 Second, by using a darning needle to work chain stitch up the column.

The important thing is that each chain is worked around a horizontal strand of yarn. 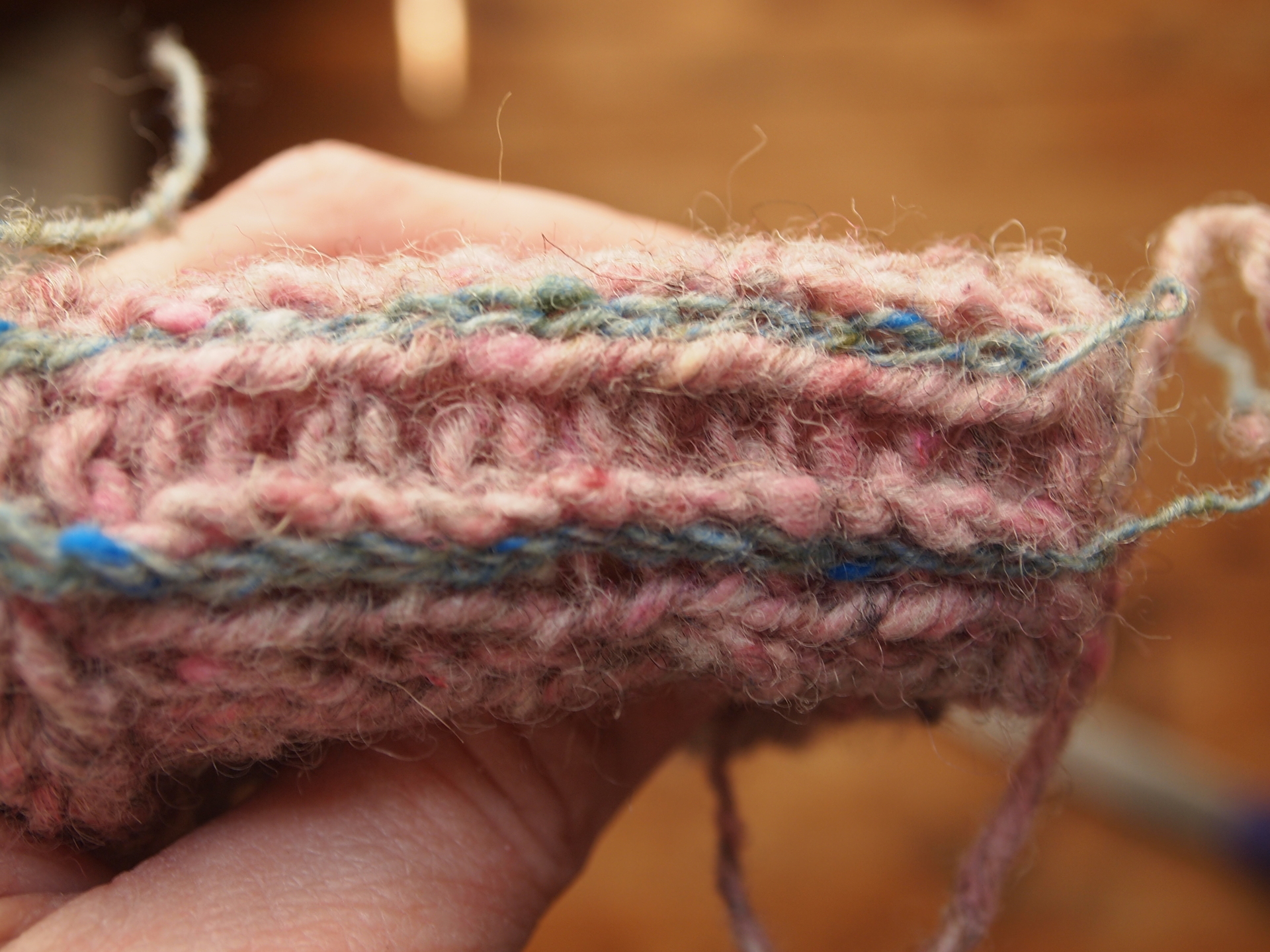 Once the stitch to either side of the center column is reinforced, the next thing is to cut up that center column, and then follow the instructions for the rest of your knitting. 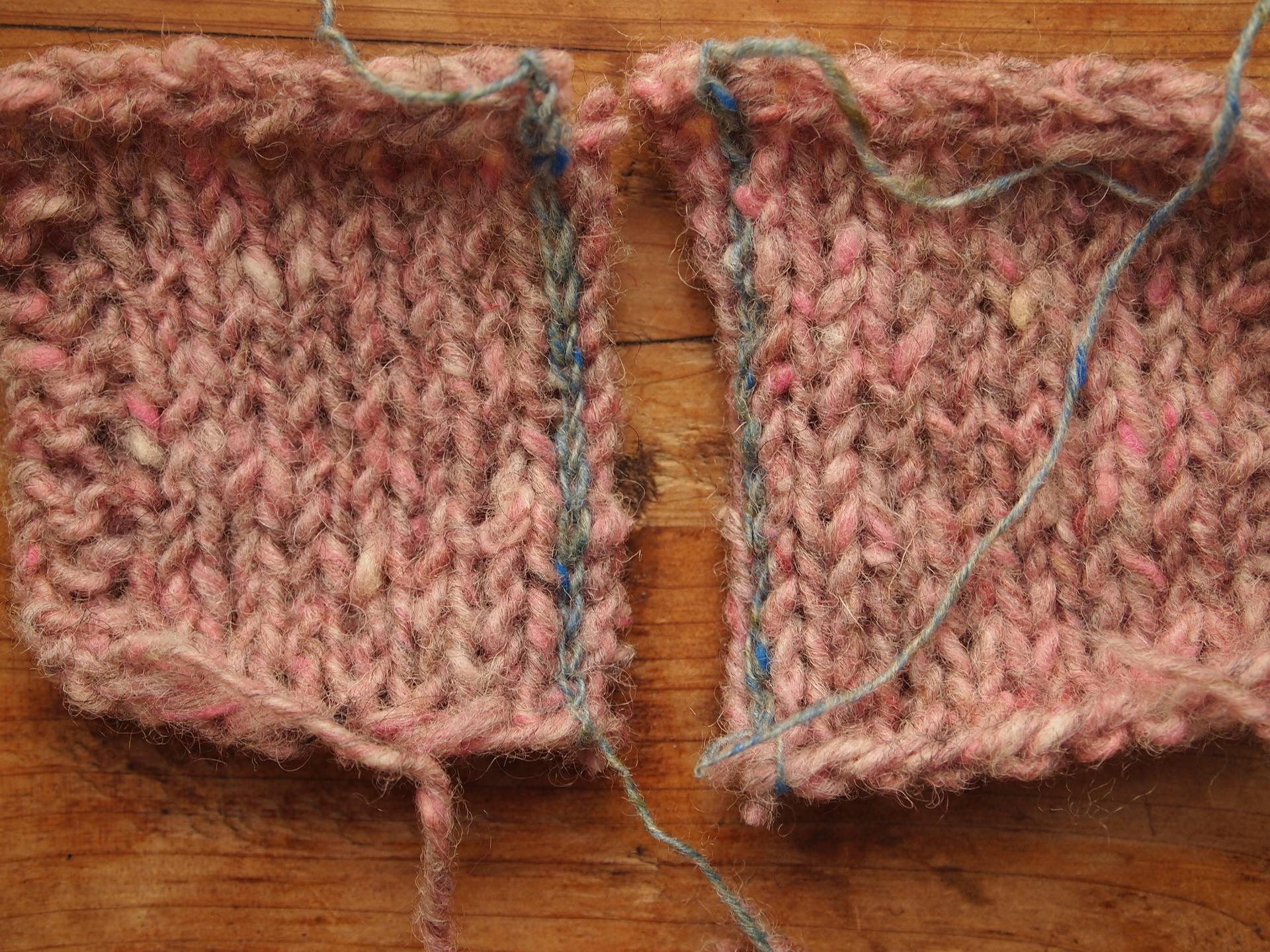 One thought on “Steeks and cutting knitting”