Swatching serves many purposes in knitting. There is the basic gauge swatch, which should (in theory) help the knitter pick the correct needles to go with a given yarn for a specific project. That is a story often told in many places, with many associated difficulties and the lament that swatches lie. That’s as may be, but it’s not the focus of this post.

For designers of finished objects like sweaters or socks or shawls, swatches serve other functions aside from measuring gauge. They can be used to work out the transitions between a stitch pattern and a ribbing, to figure out which buttonhole is best for a given situation, to decide which complicated lace looks best with which simple mesh. These swatches can be quite large by comparison with the gauge swatches that most knitters make.

Another kind of swatch is one that I like to use: a practice swatch to learn a new technique before incorporating it in a finished object, or to see if that mistake from a work in progress could actually be used as a purposeful technique. Here the swatch only needs to be as many stitches as it takes to work the new method.

And finally, the kind of swatch I knit most often: the swatches that show how a stitch pattern looks as a knitted fabric. How big to make such a swatch is the focus of this post. (Even though there is no knitting in my examples.)

When I think about how big to make a stitch pattern swatch, I think in terms of number of repeats. In the ideal world, a swatch will repeat the stitch pattern at least three times horizontally and three times vertically. For a larger stitch pattern, I will sometimes repeat only twice in a given direction, but it’s a little risky. Here’s why.

I’m going to use some doodles I made for this purpose, because I think it will make things easier to see. The principle holds for cables, knit-purl damask, lace with complex decrease lines, and so on. (Doodles were made in an iOS app called KaleidoPaint. There are several such apps out there.) 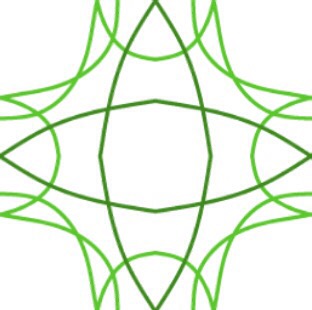 Here is a single repeat of my pattern. It looks pretty nifty, I think: a four-pointed star with some added interest. What happens when I repeat it twice in each direction? 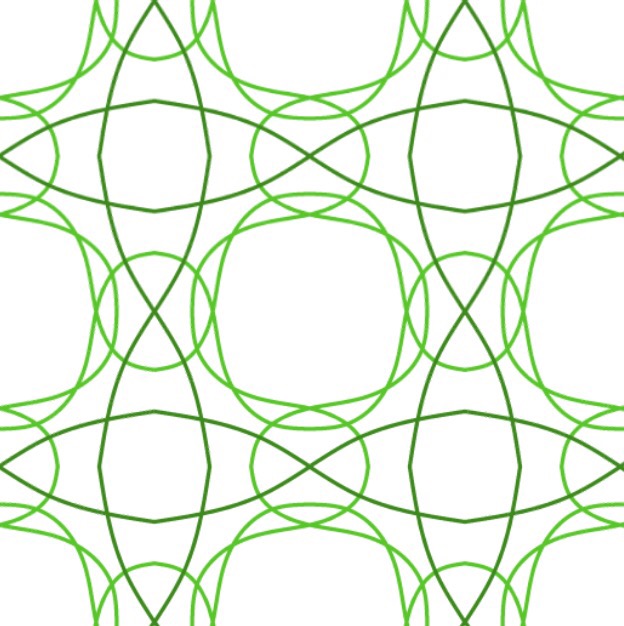 Extra patterns start turning up: slightly squished circles, and some interesting crescents. The stars are still present, but they’re starting to be less obvious. If I wanted them to stay visible, I might want to use the original as a motif rather than an all over pattern. 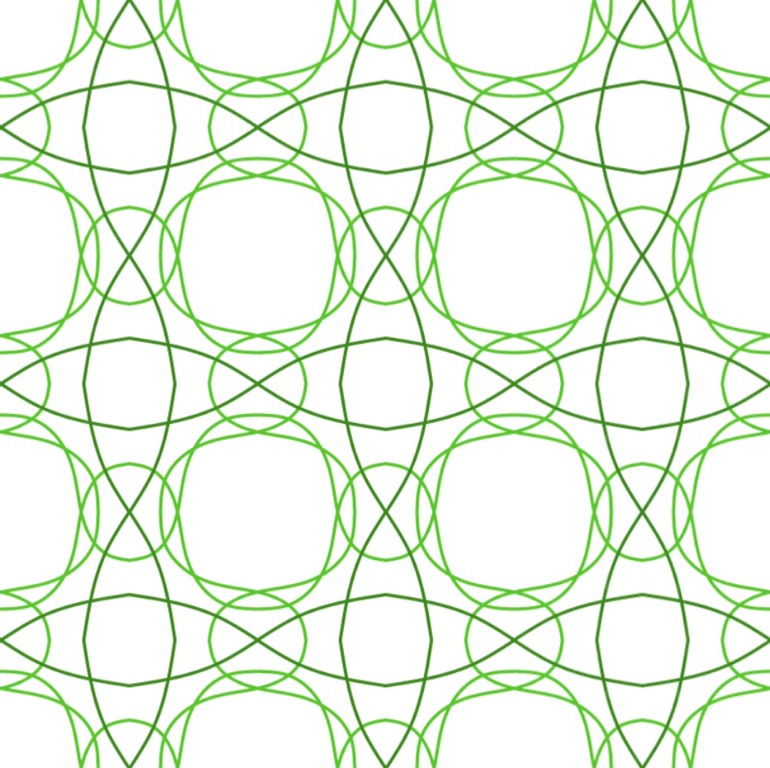 Here is a three by three repeat. What happens? An even bigger not-quite circle appears. I find this interesting and attractive. There’s also a kind of rounded cross outlining the center star. But sometimes when I’ve been swatching lace, what starts to appear when I knit a three by three repeat are things I might want to avoid: creepy faces, for instance.  Or sometimes the overall effect is clumsy and unattractive. If I were to knit just a single repeat, I might miss the overall effect.

If I’m wanting a horizontal band, of course, I need only repeat the design three times horizontally. To make a vertical band, one repeat wide and three high will work just fine.

Anyway, that’s my rule of thumb for stitch pattern swatches, whether I’m designing from scratch or knitting something from a stitch dictionary.