Each month, my Patreon supporters have a chance to suggest a word for me to encode as a knitting stitch, and each month a random number generator helps me choose which one to use. (Some months, nobody suggests a word, and then the RNG picks from the hoard of words I’ve build up from previous months.)

This month, there were two words, and so I used a coin toss. The flip of the coin picked solitude, suggested by Nim. It was extra appropriate, as my family was away and I had a blissful ten days to be as much of an introverted hermit as I chose. (And welcome them home again cheerfully.)

So I turned the letters of solitude into numbers in base 6, and charted them out on digital graph paper in different ways. Then I swatched one possibility, a second possibility, and then finally found a layout I liked. This particular layout finally gave me the chance to use  KYOKs as part of the lace, as I’d practiced with my Étude no. 11.

I like how floral and plantlike this one seems to be. 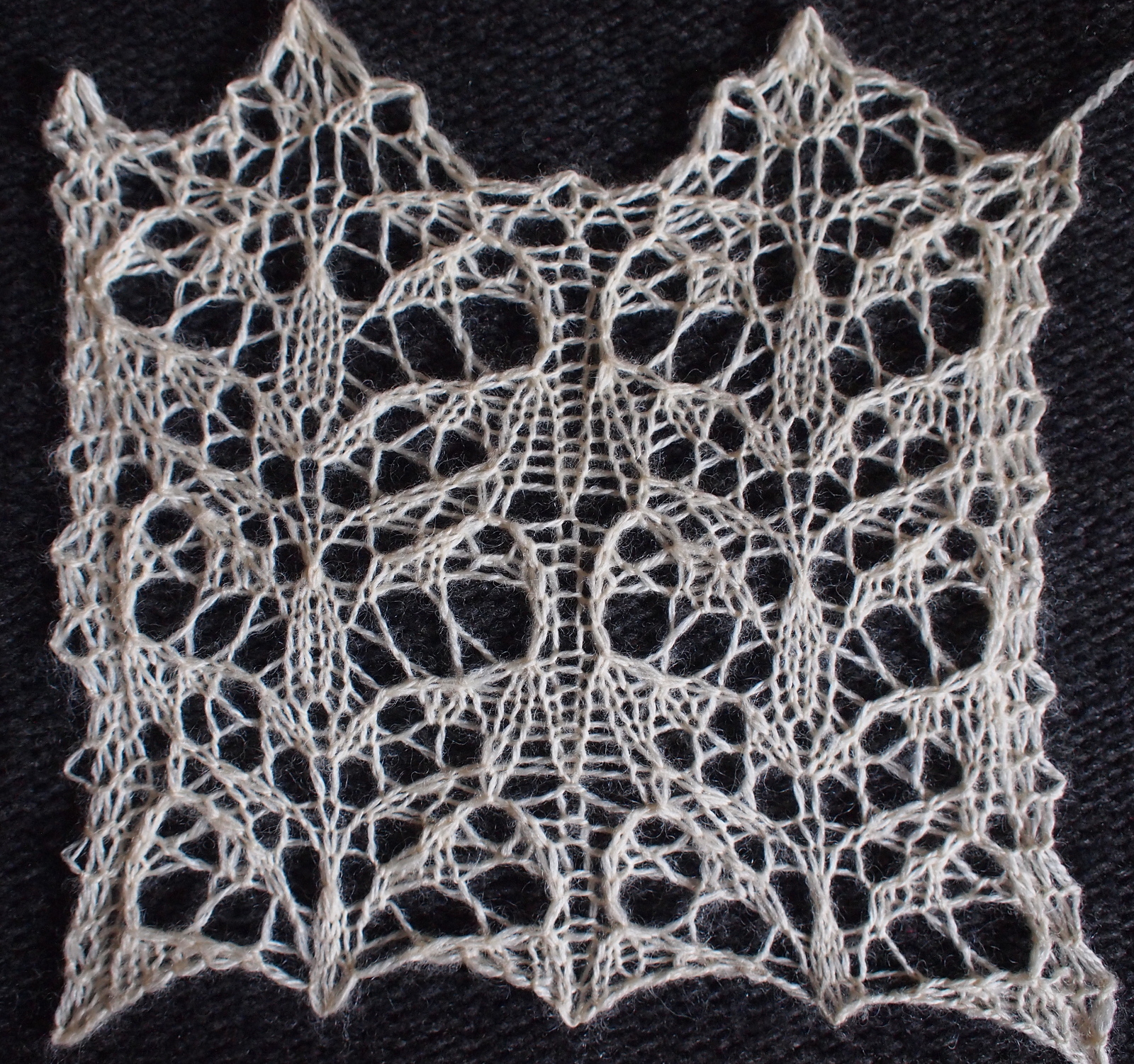