I like the way the word sounds, sort of round and unusual. (It was suggested at the beginning of June. Any similarity to current events is purely coincidental!) 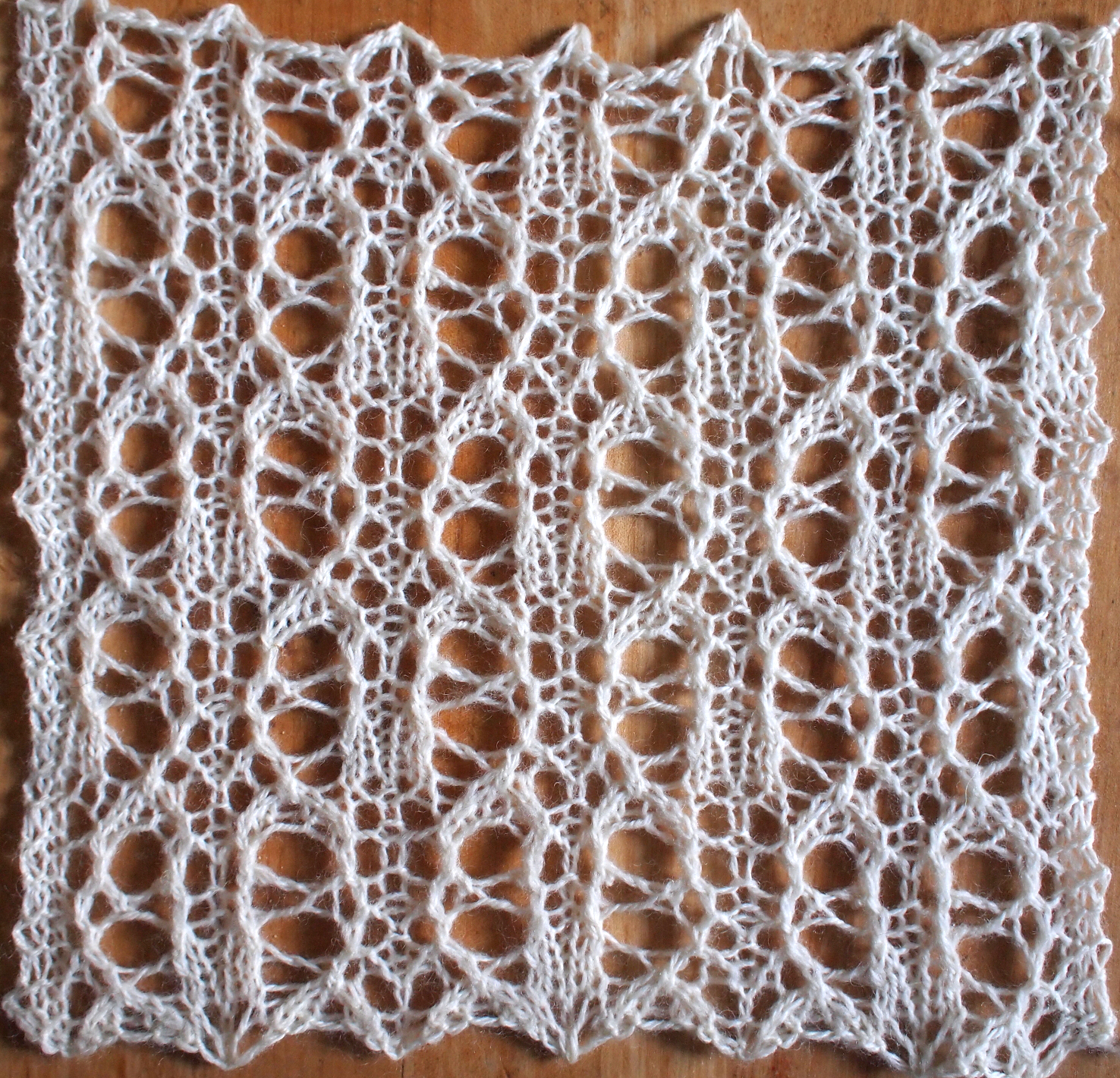 My favorite encoding method is one where I start in the bottom right of a rectangle and count squares, as if knitting. For now, look at only the darker section of the chart above, with the black squares and the numbered white ones, and the thick red border. A while back, I had to take into consideration how to encode the number zero, and this is what I do.

This word fit perfectly in a 6 x 6 grid. Next I mirrored the chart along the right-hand vertical axis (the mirrored chart is shown in dark grey). I also added in some extra columns that aren’t part of the code, and so I distinguished them by making them purl stitches. I do this sometimes when I want to cut down on the number of multiple YOs and also to make more potential locations for beads. I also like the  way some lace looks with purl ribs – it makes an interesting effect.