One of the difficulties of knitting a triangle shawl with a two-stitch garter selvedge from the center of the long edge outward is making a smooth transition along the center. The difficulty is that the stitches of a provisional cast-on that go up are offset by half a stitch from the ones that go down.

A solution to this came to mind based on a traditional technique described by Priscilla Gibson-Roberts in Ethnic Socks & Stockings.

I am reasonably certain that I’m not the first person to come up with this shawl start. Nonetheless, here it is. I hope you find it useful. (It will be of most use to knitters who are already familiar with triangle shawls.) 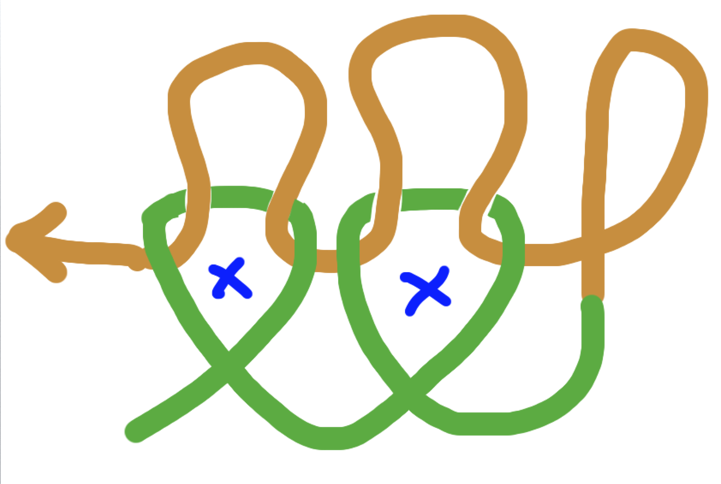 The key is the twisted loops at the bottom of a long-tail cast-on. Summary: cast on a backwards loop (brown loop at the upper right), then cast on two stitches with a long tail cast on. The next step will be to work a yarnover at the left, followed by picking up and knitting a stitch in each loop marked with an X above.

You will want two needles for this, whether 2 double-pointed needles, 2 circulars, or one of each. (Straight needles won’t work.) Here is a backwards loop on the needle. The tail crossing in front and then to the bottom right is the cut end; the tail crossing in back toward the lower left is the working yarn. 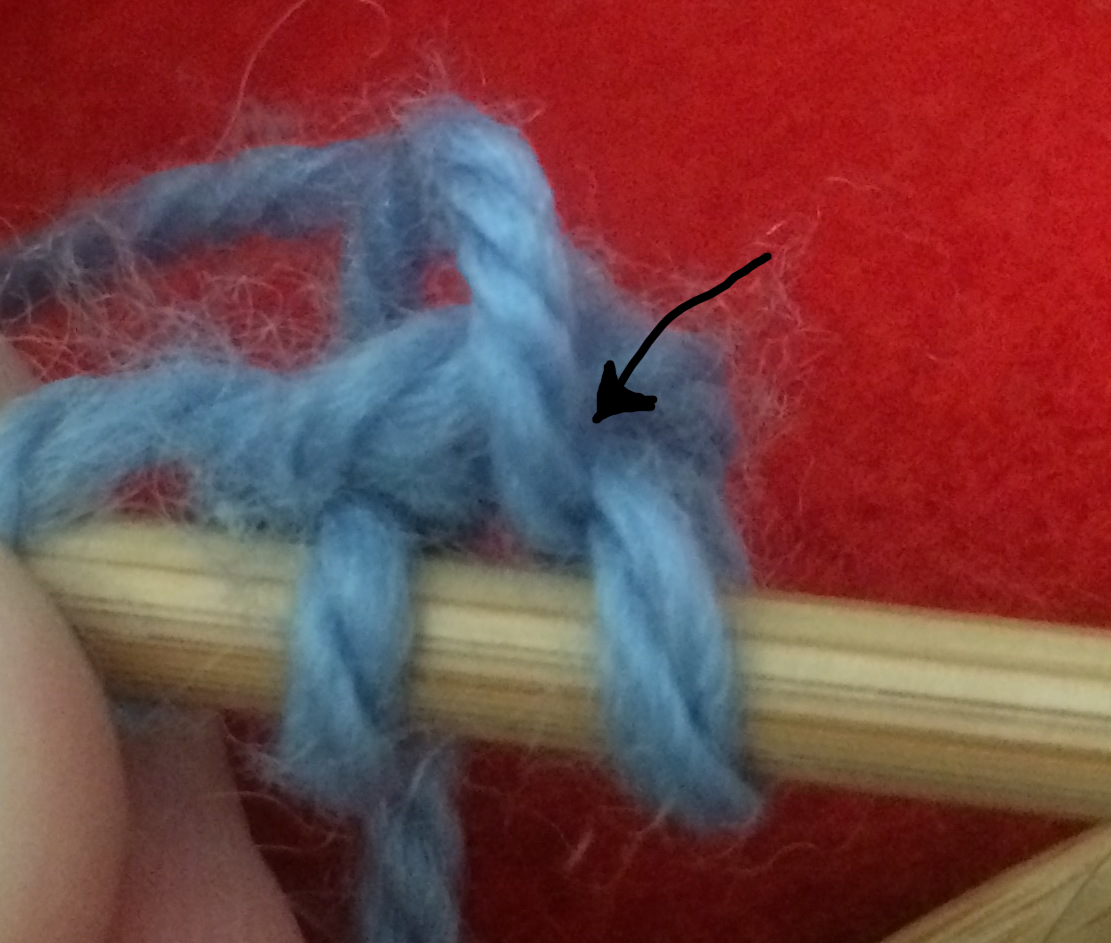 Here are two more stitches cast on, with gaps in between to make the loops as loose as possible. With your second needle, work a yarn over, then pick up and knit a stitch in the loop where the arrow is pointing. 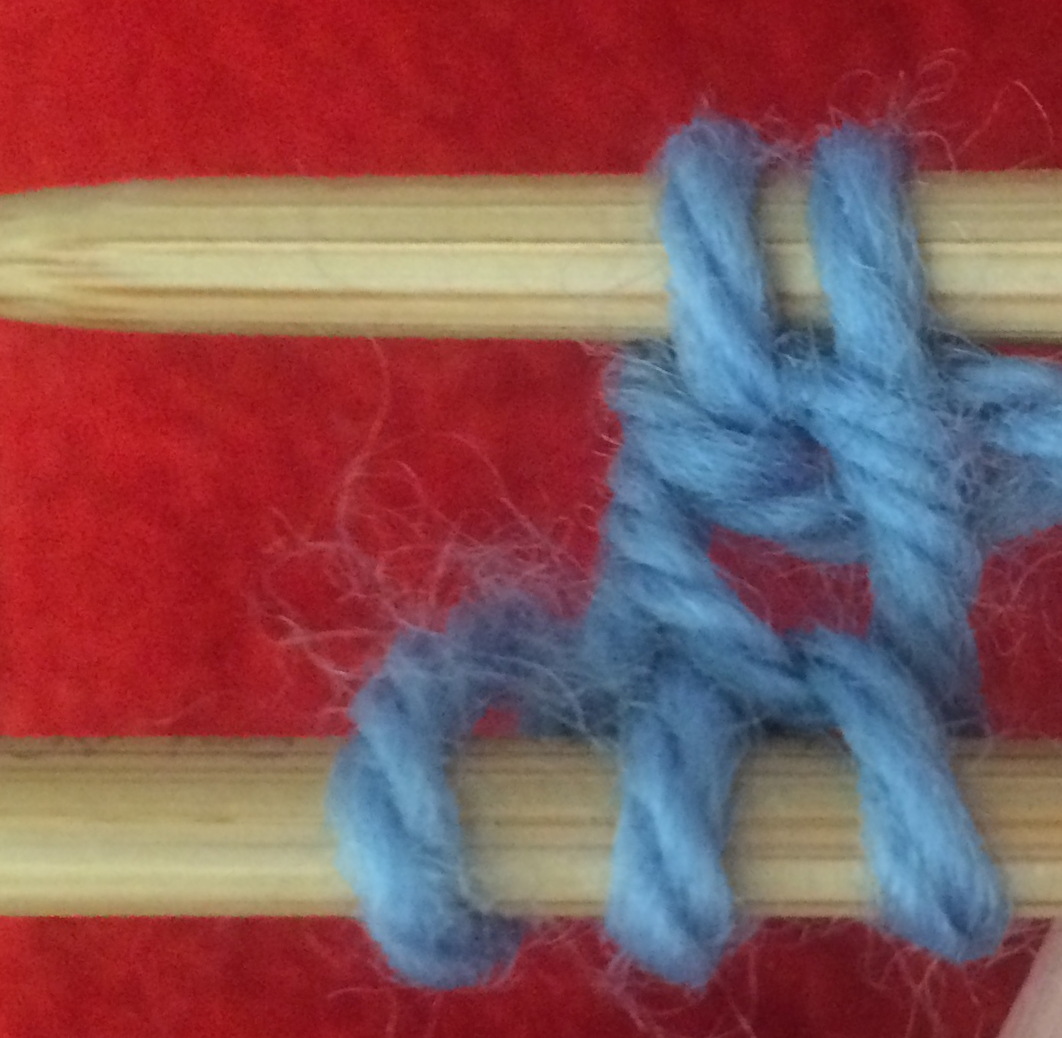 Pick up and knit another stitch in the loop above the middle stitch on the bottom needle. 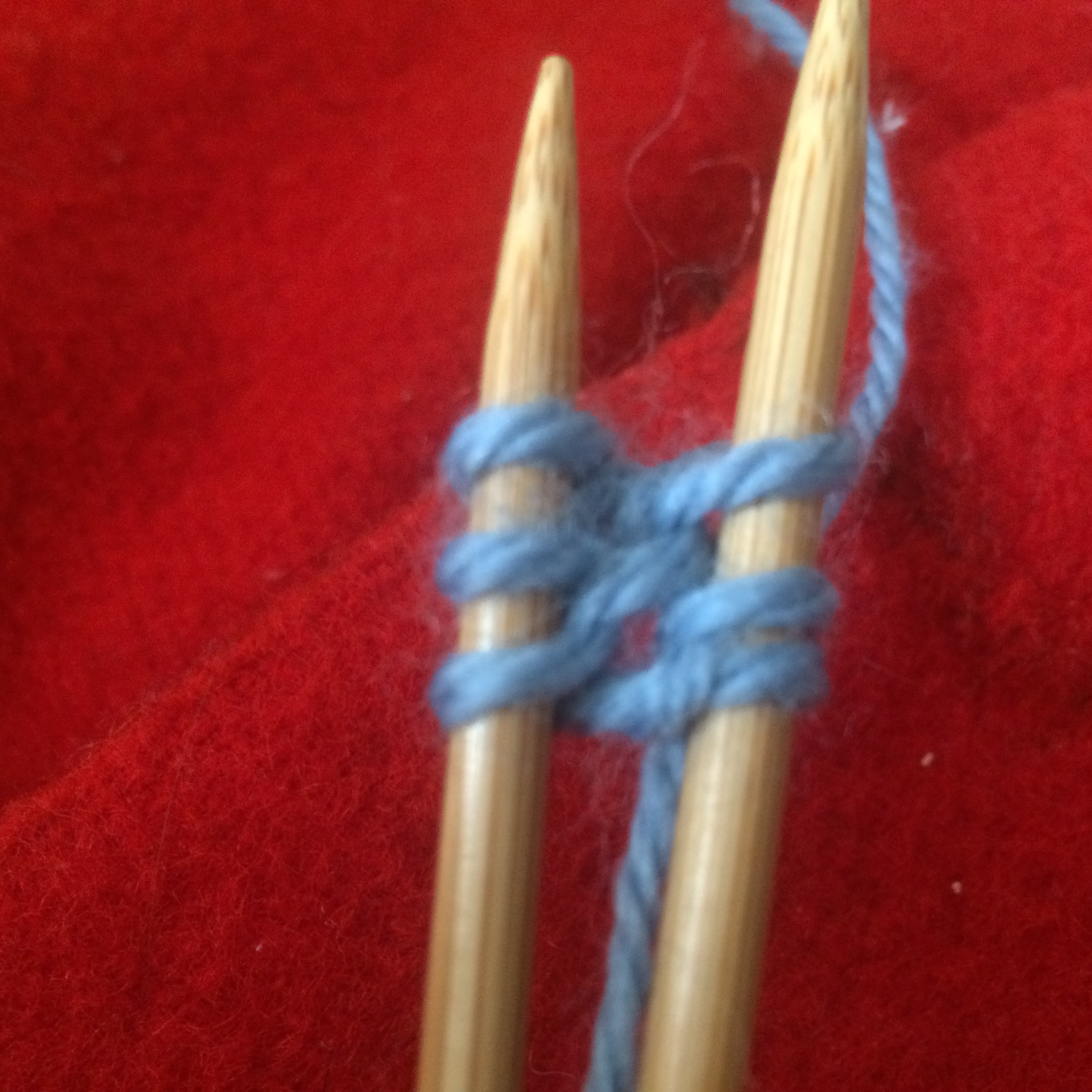 There should now be three stitches on each needle. The working yarn is attached to the upper right stitch. 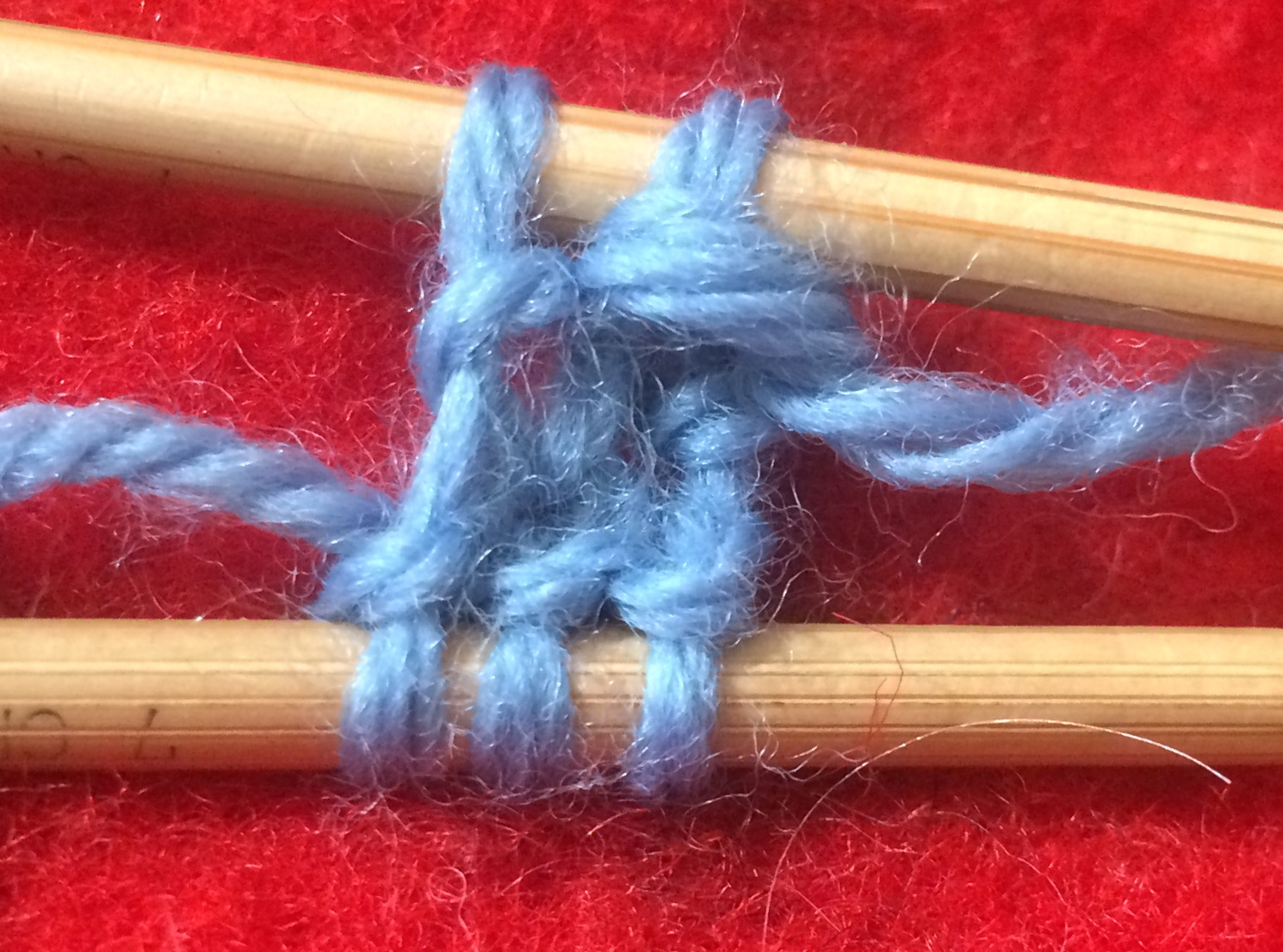 The basic setup is done. I’ll knit a few more rows to show how the standard triangle shawl shape emerges from this: 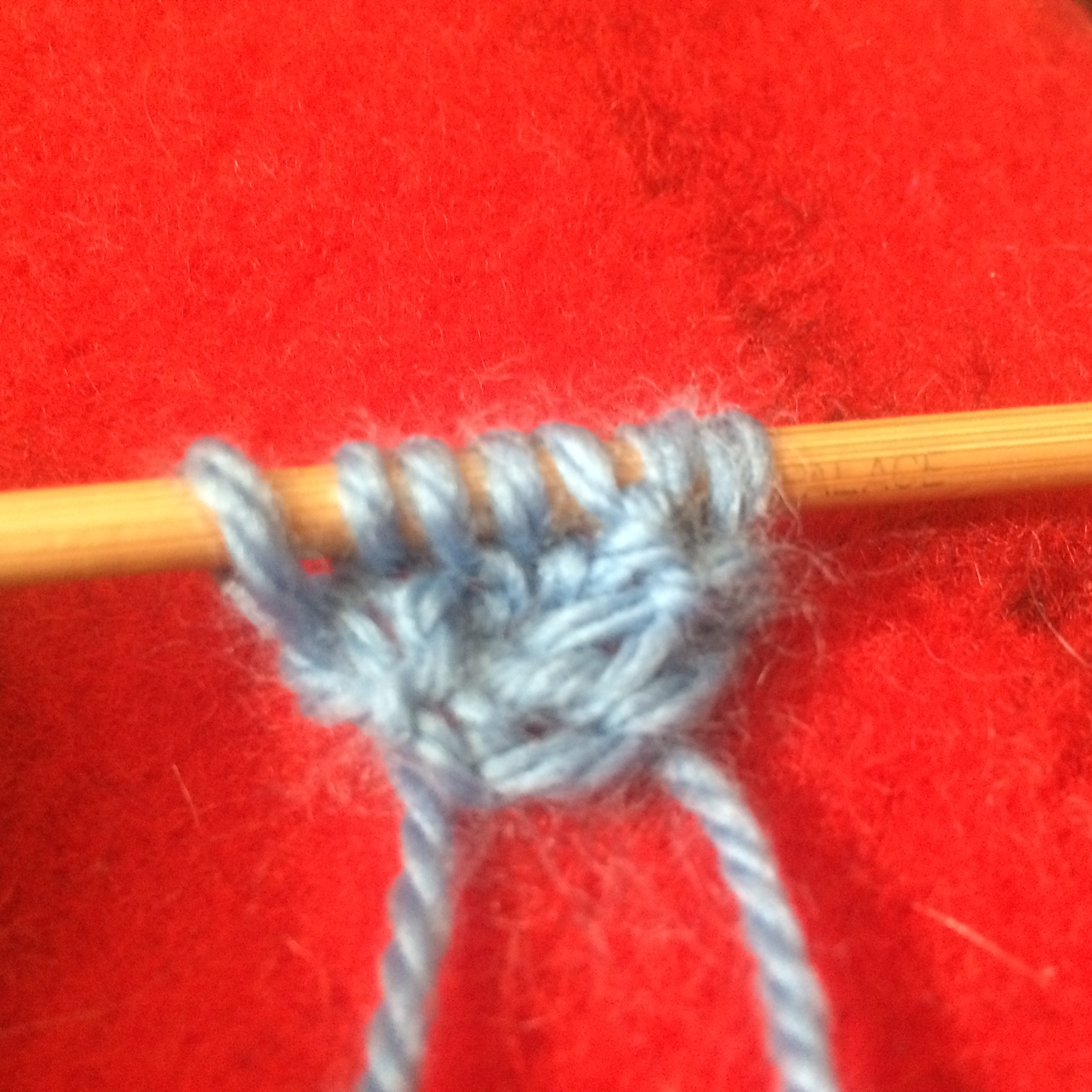 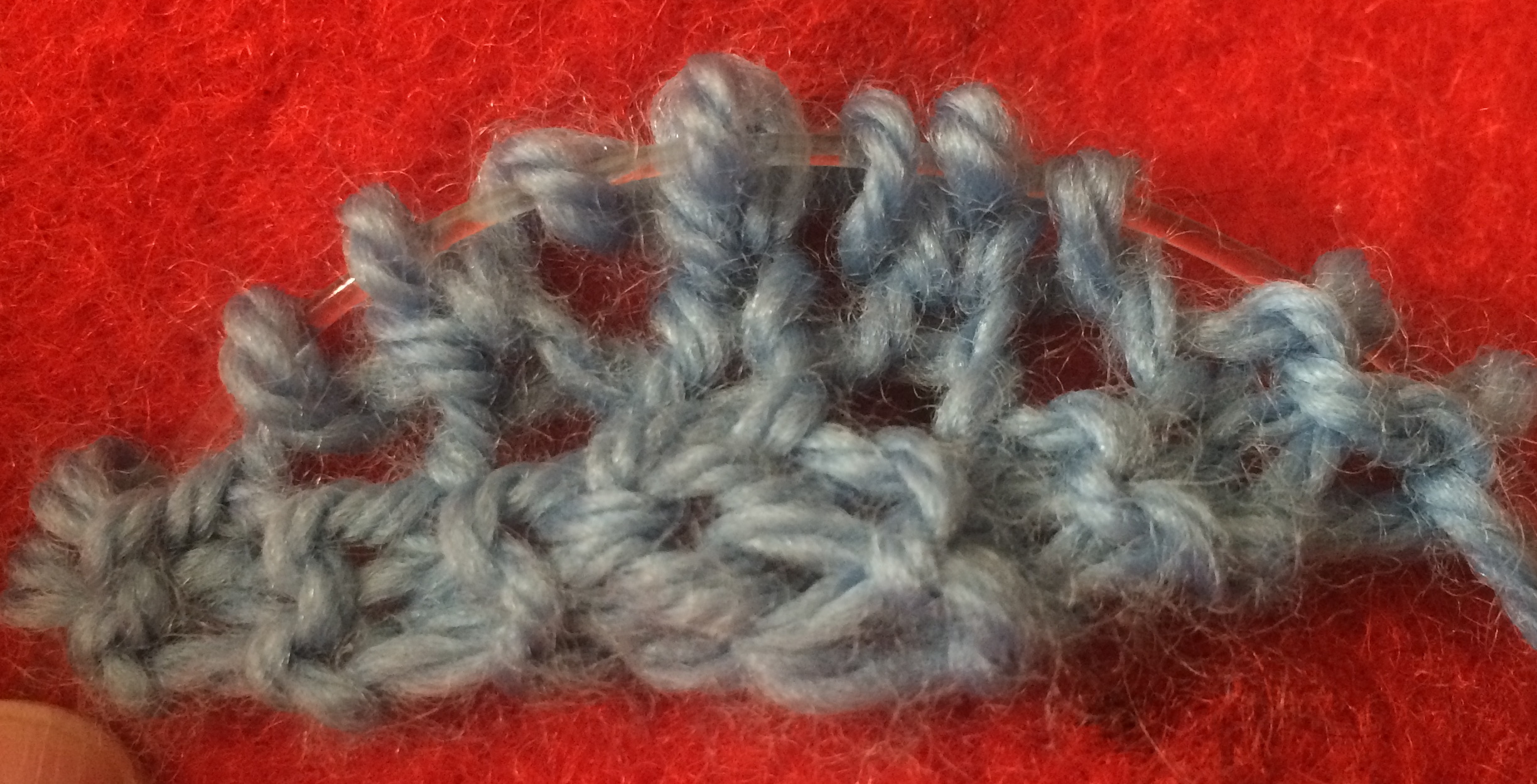 2 thoughts on “A start for a top-down triangle shawl”