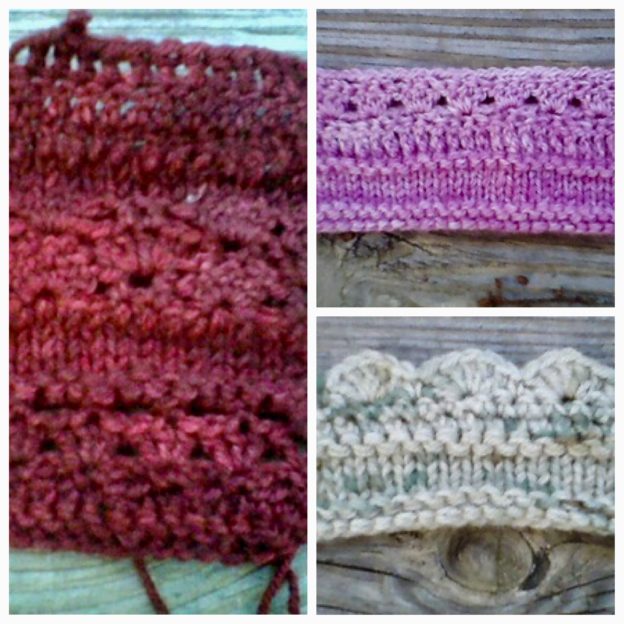 Several years ago, I was playing around with combining knitting and crochet, and I hit upon a way of doing so that made me really happy. I was going to write more about it “later”, but then my wrist stopped allowing me to do crochet, and “later” never came. (No, really, I tried a bunch of things. Please don’t offer me advice.)

Anyway, I recently came across some old swatch photos I took with a cell phone, and thought I’d write about it in hopes that it would spark someone’s interest. I’d love it if someone else were to play around with this! 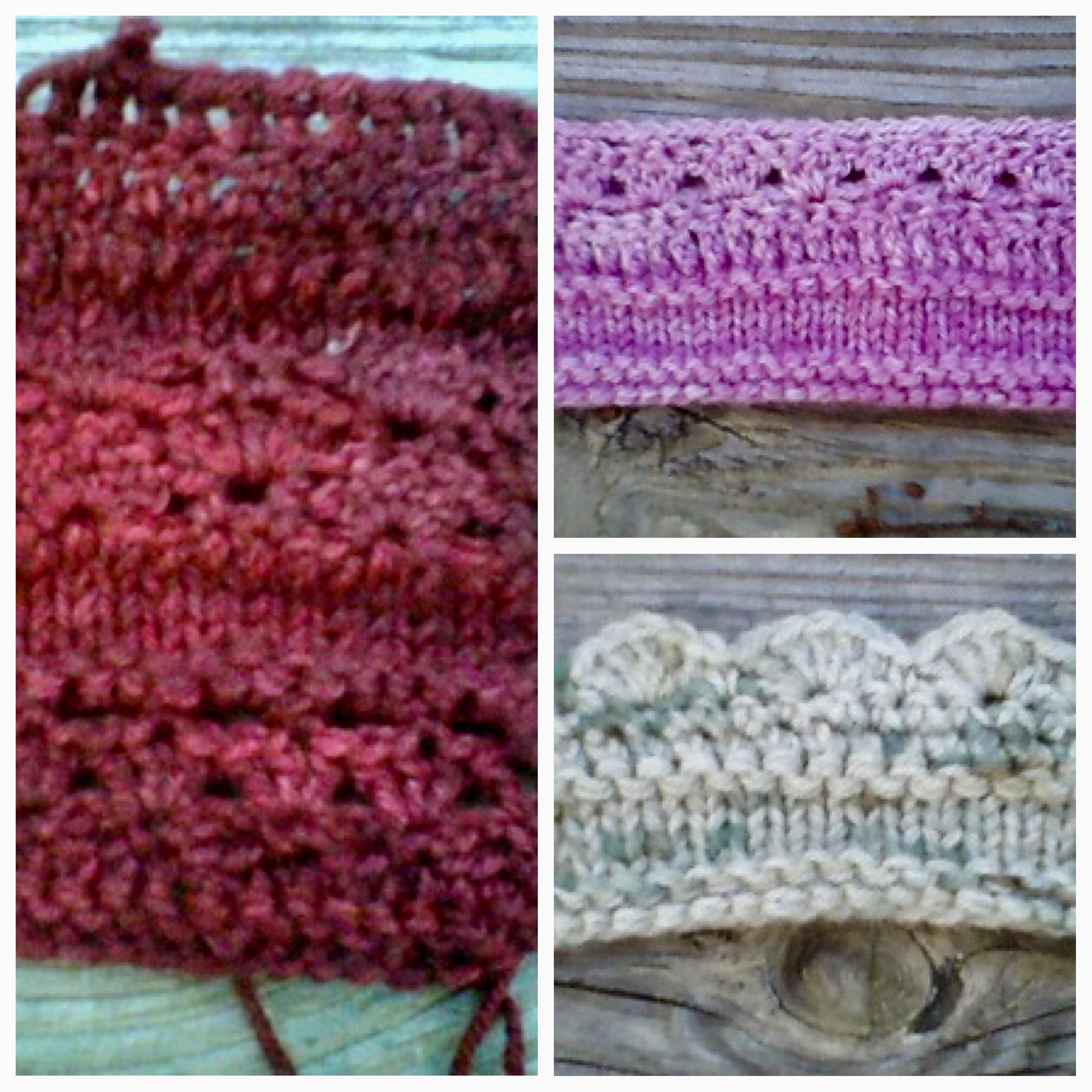 Amazingly, it worked! I’m afraid I only have crappy old cell phone photos; I couldn’t find the swatches to take better ones. And of course I can’t make new swatches.

One strand of yarn on these swatches is continuous throughout the swatch. The knitting has an extra strand added in.

I went down two or three hook sizes as compared with the knitting needles; that’s something an individual crocheter would have to adjust to their own gauge.

But the key point is: the gauge is essentially the same! I could go back and forth interchangeably from live knitting stitches to crochet stitches and vice versa. And the crochet feels much closer to being at the same scale as the knitting.

Would you like to try this? I would be so pleased if other yarn lovers were to take this method on. I just wish I could do it.

An alternate method is to make a project in the same yarn at two different weights – though dye lot would be tricky if you wanted the same color.

I had seriously just bought one skein of Brooklyn Tweed’s Shelter yarn and a contrasting shade of Loft to make a shawl combining knitted lace and crochet lace when my wrist started giving me fits. I still regret that shawl.

17 thoughts on “A different way to combine knitting and crochet”