I focus a lot more on encoded lace patterns than anything else, because I’ve always felt that that they take more personal creativity. I don’t do fancy cables like Autumn so much because a lot of the code grids just aren’t suitable for them. And I figured someone would be happy to turn the needlework charts into regular stitch patterns.

I do find myself a bit wistful, though, because I think people haven’t really seen the possibilities in the needlework charts. I think this is mostly on me, though. I haven’t generally had time to make a swatch to go with the chart at the beginning of each month, but I think I’ll post a series of swatches to demonstrate some things to do with them, using older charts. I hope this will inspire someone!

The needlework charts are black squares on white squares. Generally, the obvious thing is to treat this as a stranded colorwork chart, but I actually have a different way of thinking of them. The white squares are a default background, while the black squares mean “perform an action here”. When knitting colorwork, the default stitches are background color and the “perform an action here” becomes “use contrast color”. But there are other possibilities too. 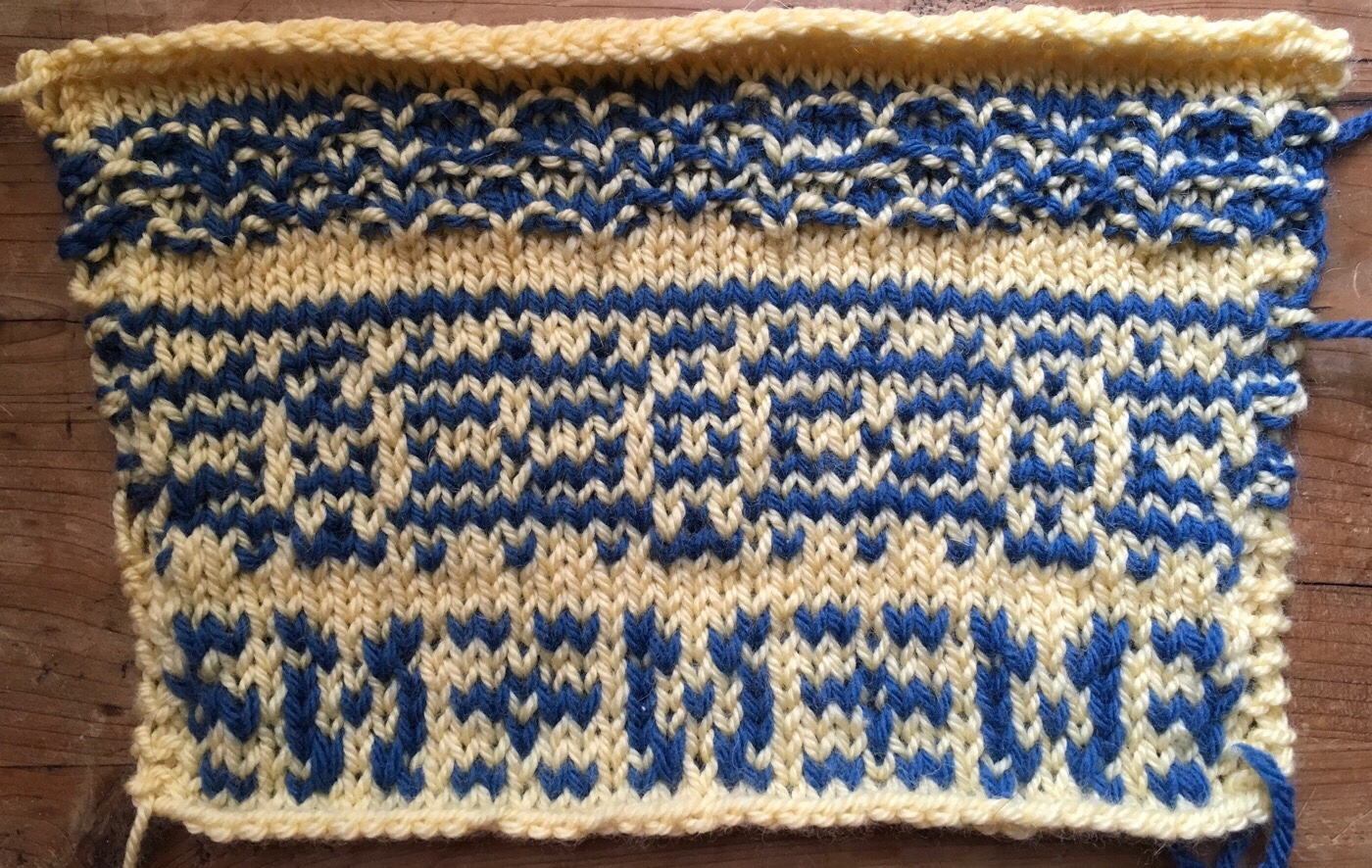 Here is a swatch for three possibilities for Frost. 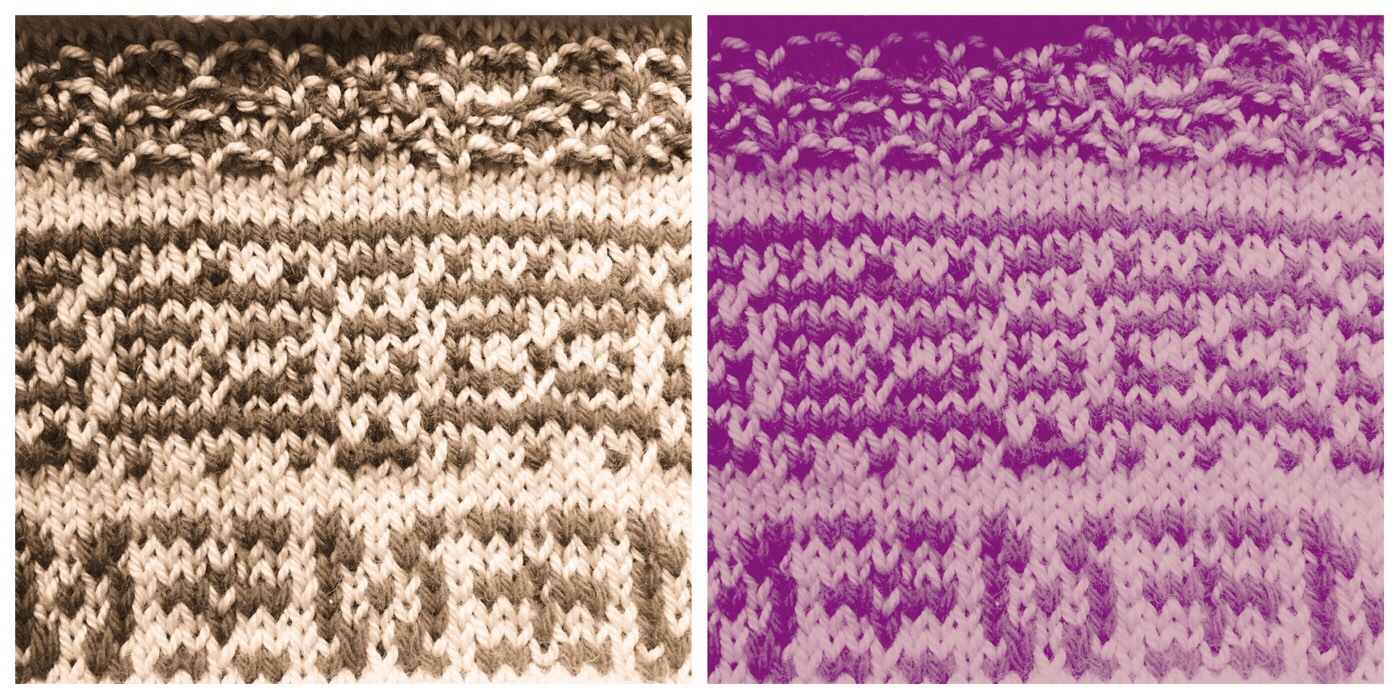 It’s kind of gaudy in bright blue and yellow, so here’s a couple of variants on that photo. They aren’t entirely realistic, but I think the variants help show what’s possible. Another time I will do a similar swatch all in variegated yarn to show how that might work out. 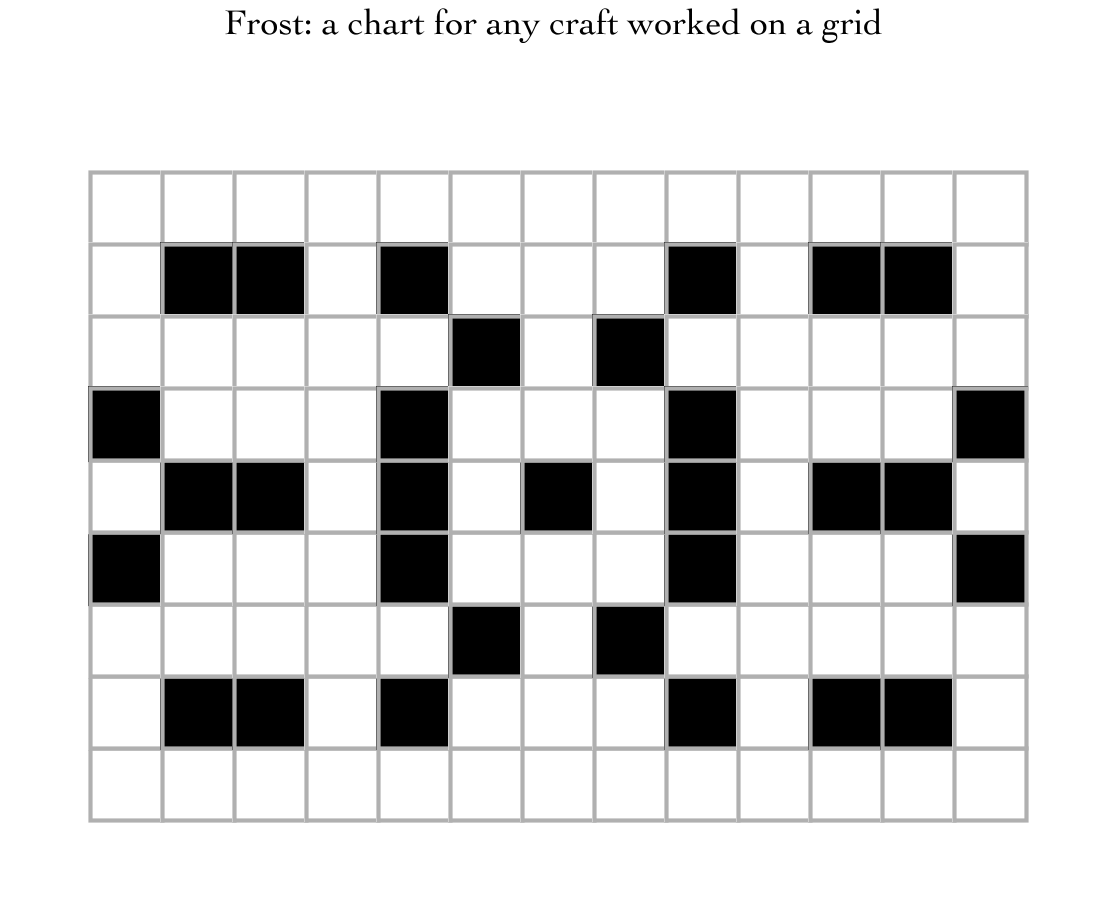 I knit them all from this chart. They look pretty different from each other, though there are some echoes from one stripe to the next. From bottom to top, here’s what I did: