Back in the fall, I started seeing discussion of a new kind of knitting needle set from Addi: Flexiflips. They’re like a cross between double-pointed knitting needles and circular needles. There’s three in a set, designed for knitting items in a small circumference, like mitts or socks, or toys.

I was instantly intrigued. I like my double-pointed needles, but sometimes I do get frustrated with them (most notably when they break or when I pull one out of my knitting by accident).

I like circular needles for things that fit on the circular needle exactly, but I don’t like the fussiness of the Magic Loop method, and because I usually knit without looking, the two circular needle method tends to result in both halves of the knitting on one needle in the form of a pretzel while the other needle suddenly has no stitches on it. I also don’t like having needles tip dangling down as far as happens with two circs.

One of my LYS has a really good needle selection, so I contacted them to see if they’d be getting the Flexiflips. They had ordered one set to try them out and for customers to test, so I went into the shop in November to see. The Flexiflips seemed to suit my hands, so I settled in to wait until I could buy some. Between one thing and another, that time finally came last week, and I decided I should write a review for the blog.

Summary: I like them a lot, but I seriously recommend trying before you buy unless you can return them easily. I’ve spoken to several people who’ve tried them, and other needle preferences do not predict whether people like Flexiflips. 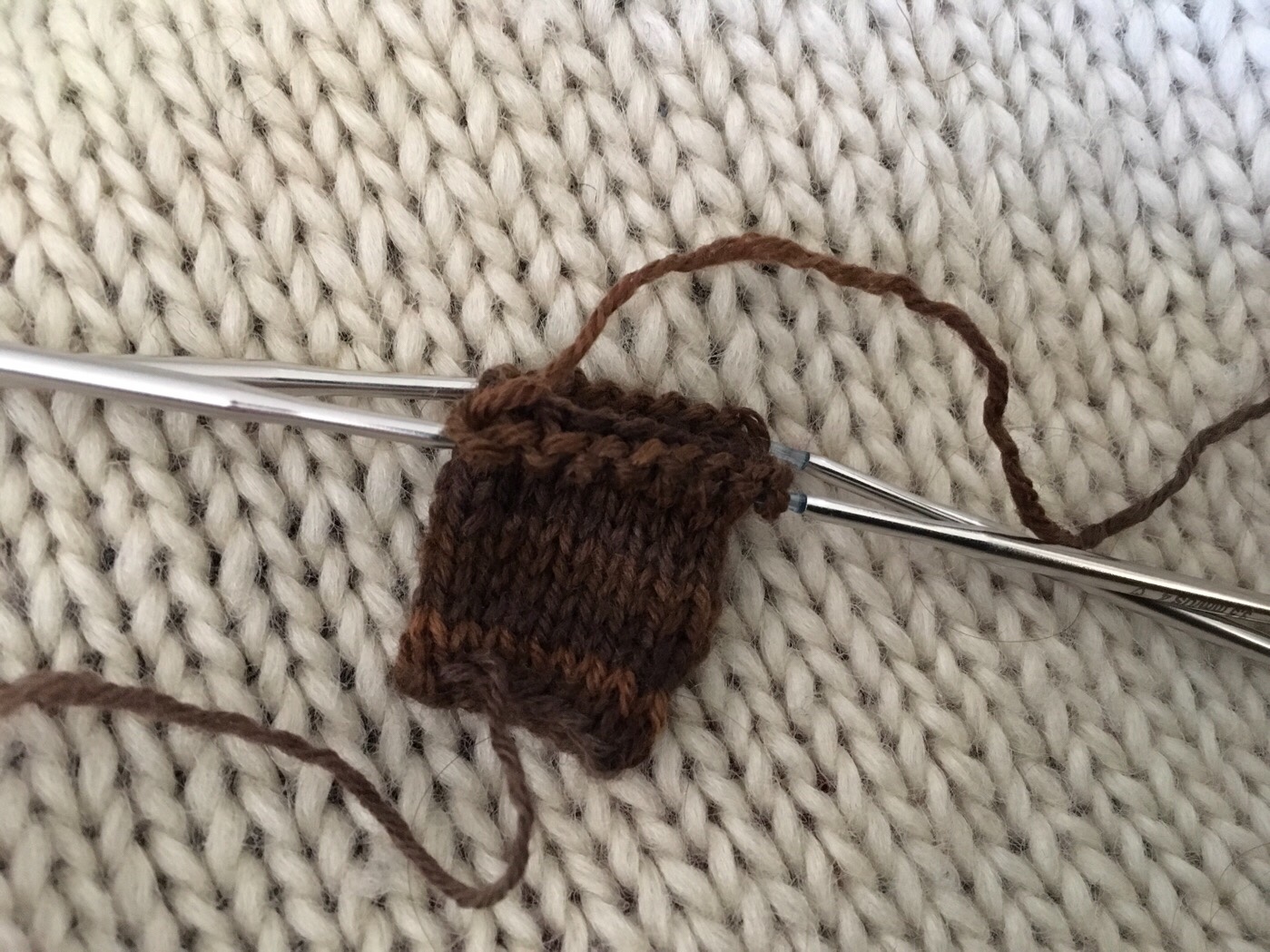 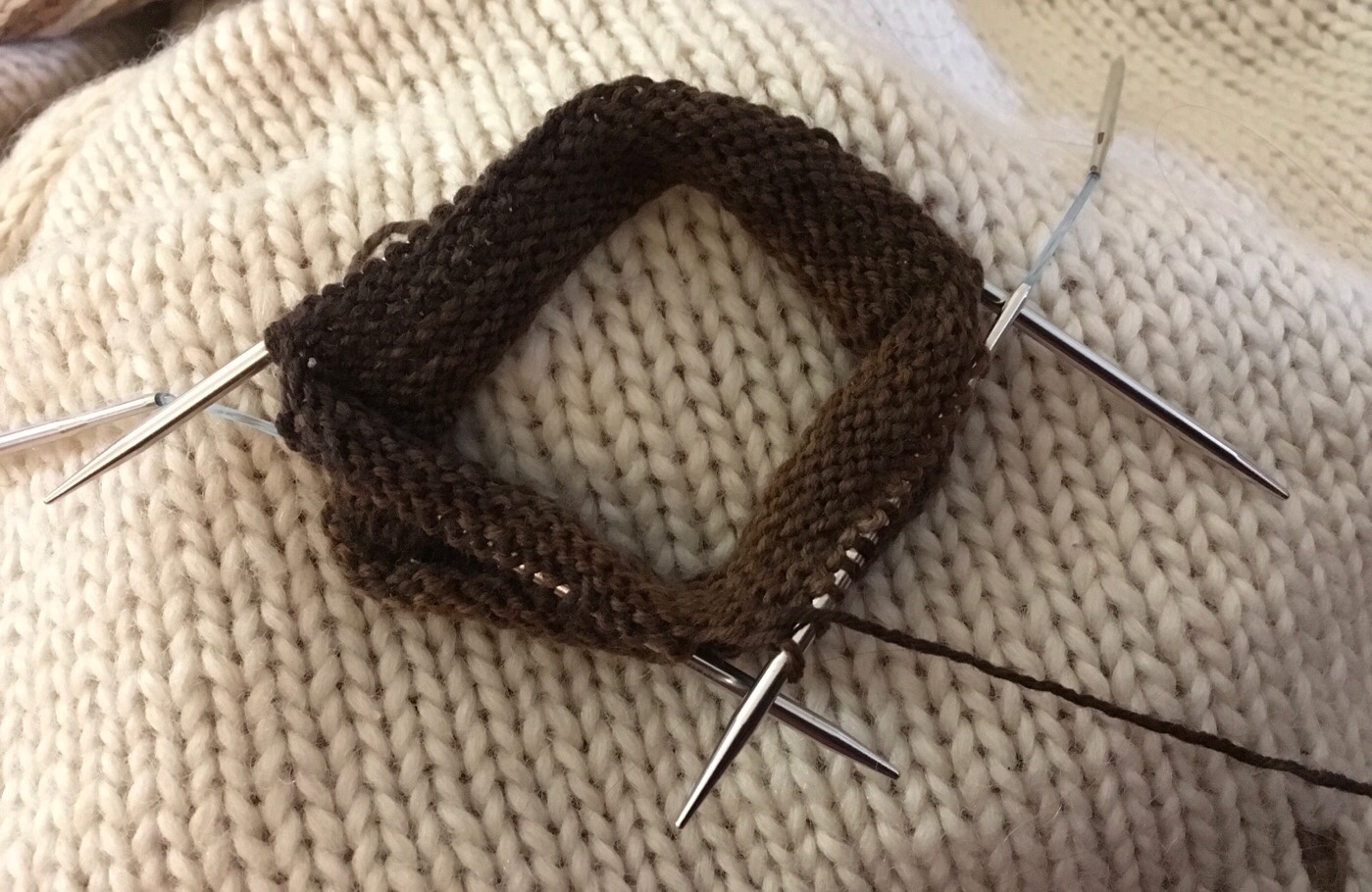 One of my concerns was laddering at the gap between two needles, but I had no trouble with that.

Something to keep in mind: One end of each Flexiflip is blunt, while the other is pointier. I like blunter tips with some yarns, and pointier tips for most. I like having the choice, but it was too easy to get the wrong end until I found myself flipping up the end at the far side of my left hand, like this: 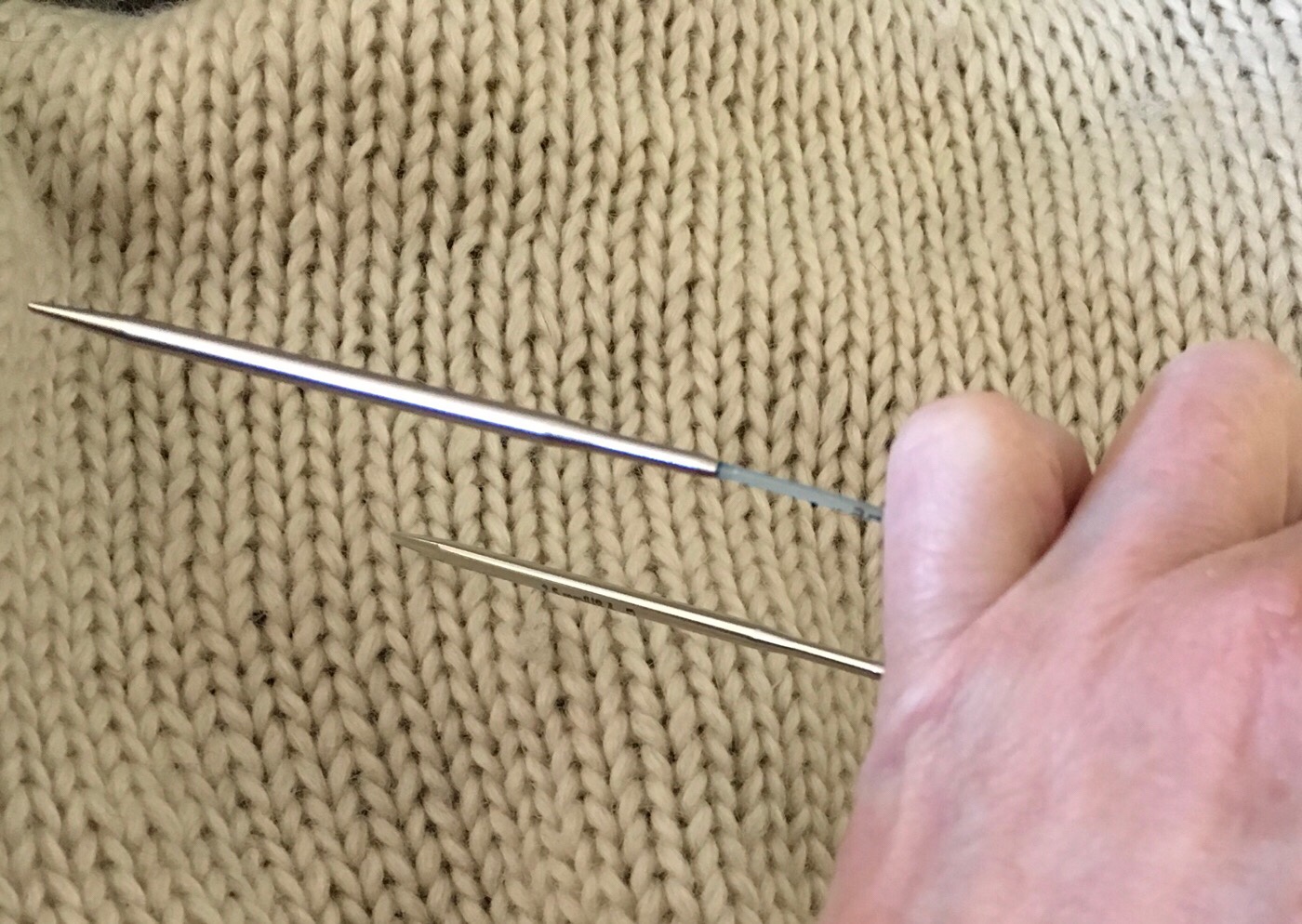 This meant that I’d consistently be knitting with the same end each time and wouldn’t have to remember to look each and every time I switched needles. 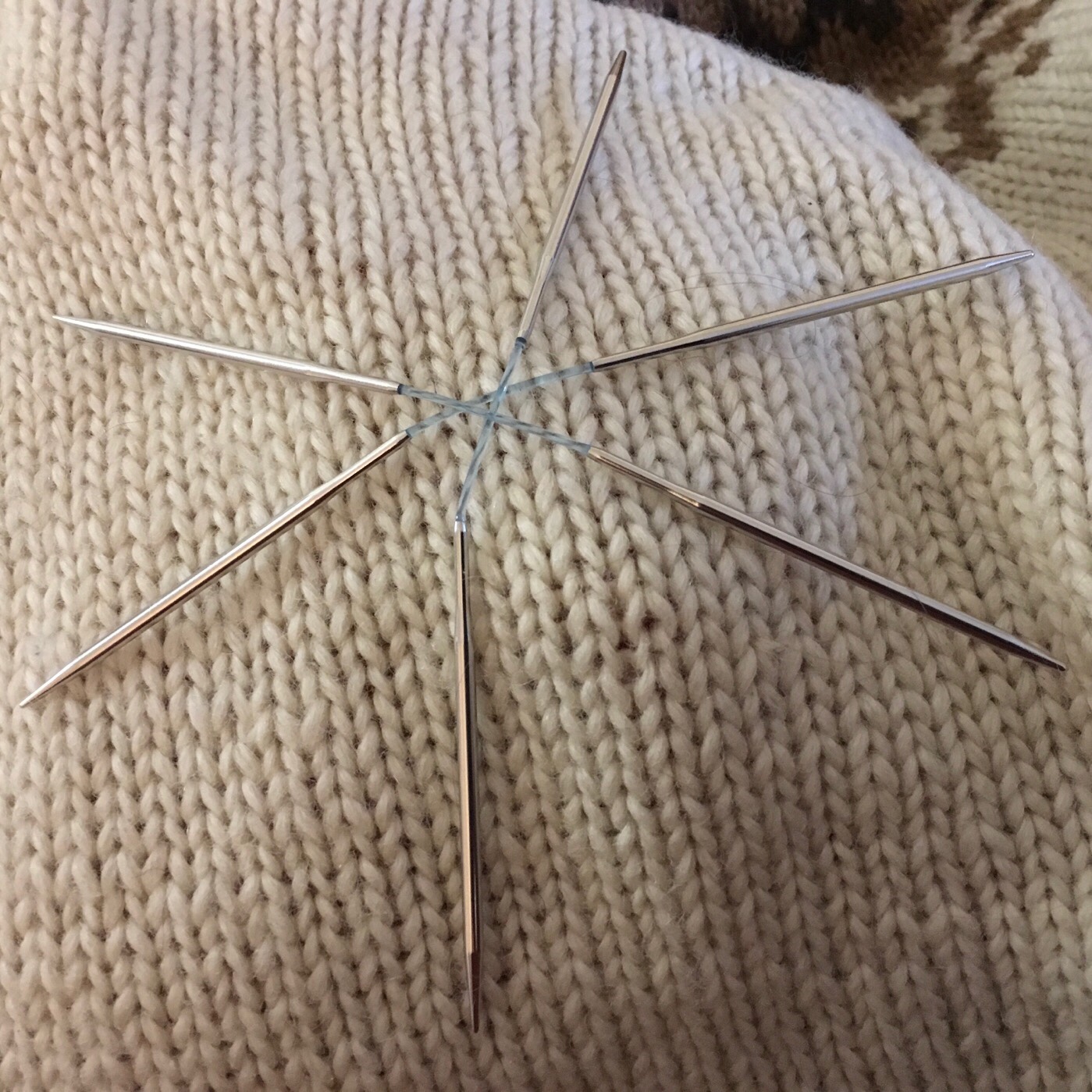