This month, the random number generator chose the word Blossom, suggested by Rebecca and Amy on Patreon. I was pleased to be able to make lace with no double yarnovers that even looks somewhat like flowers. 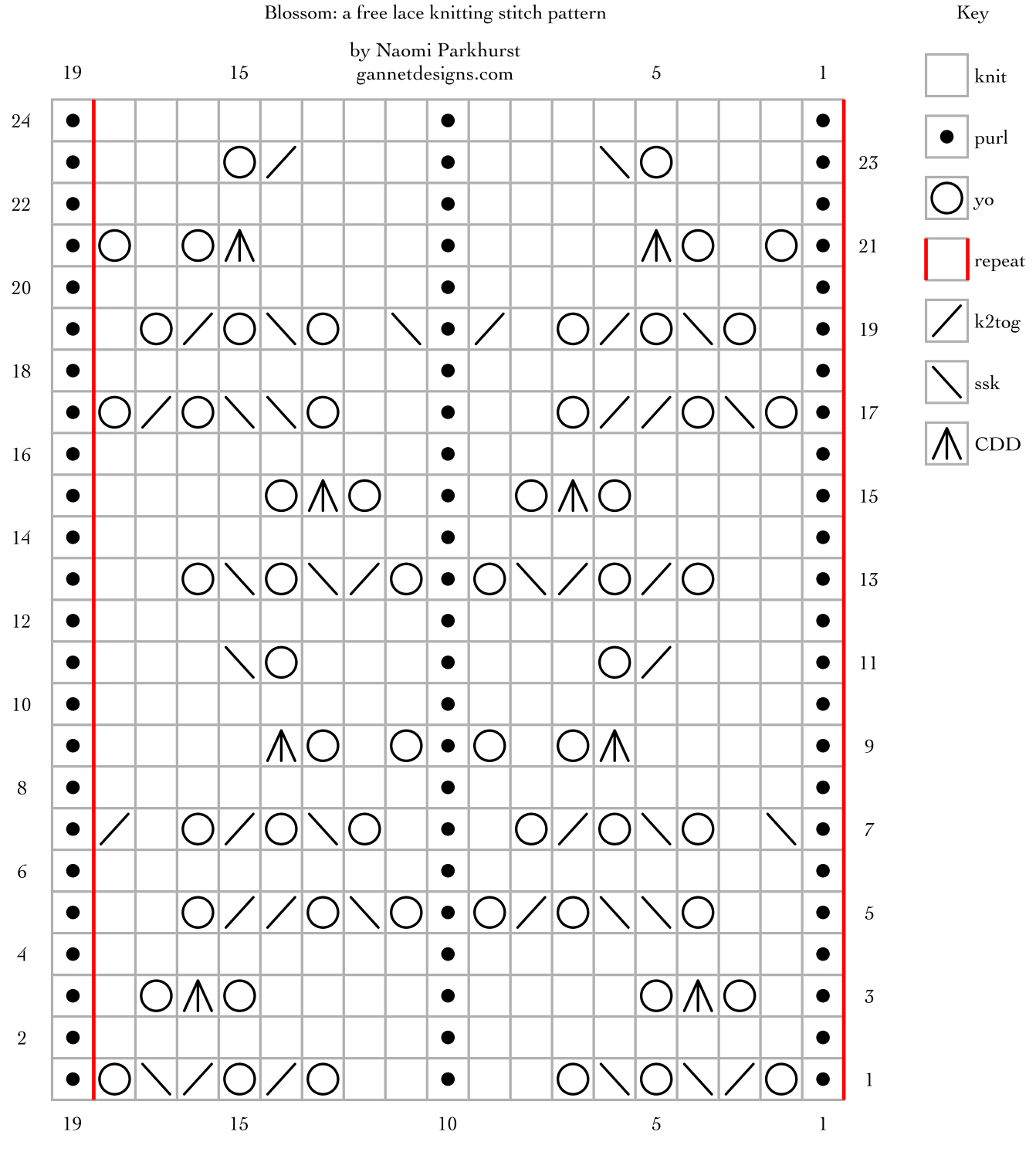 Then I laid out the numbers on a grid. Here’s how I do that. Each letter of blossom is two digits. I’m going to use each of those digits to count squares from right to left starting on the bottom row (following the direction of knitting). After counting enough squares for each digit, I’ll mark the next square to the left, though I’ll have to account for line breaks. 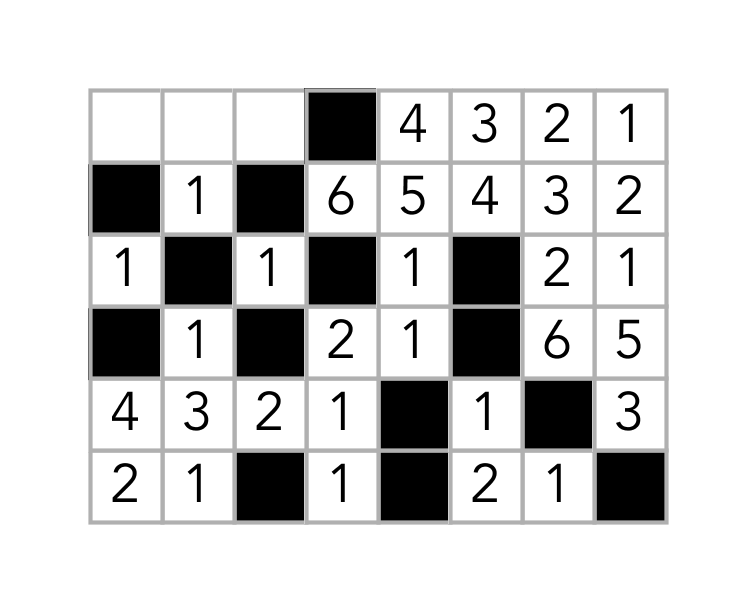 I started in the bottom right corner because knitting starts at the bottom right corner. (This is entirely arbitrary, but I like to be consistent when I do these.) The first digit of b is 0, so I counted no squares and marked the next square to the left; in this case that means I have to mark the first square. (I know that’s a little weird, but it’s really the only way to account for zero in this method.) The second digit of b is 2, so I counted two squares, and then marked the next square to the left with black.  The first digit of l is one, so I counted one square and marked the next square. The second digit of l is 3, so I counted three squares—well, I counted two square on this row, but then I ran out of room, so I jumped up to the next row and finished counting there. I continued on in this manner until I ran out of squares to mark. There’s four blank squares, but they don’t count for the code since there’s no black square to the left of them.

Then I mirrored the chart I’d generated, added the purl columns, turned the black squares into yarnovers, and worked out where to place the decreases so that I liked the end result.