It occurs to me that it might be helpful (for other designers at least) to explain how I use my chart software to make mosaic knitting charts. For one thing, while there is a mosaic knitting format built into StitchMastery, it isn’t the one I personally prefer, so I do some extra editing to make my charts in the Barbara Walker format.

I also use vector graphics art software for some of the final editing on these charts. Some major examples of this kind of software include Adobe Illustrator (subscription software), Inkscape (free and open source), Affinity Designer (this is what I use on our desktop computer). I usually prefer using Graphic for iOS. (They also have a version for MacOS which I have not tried.) 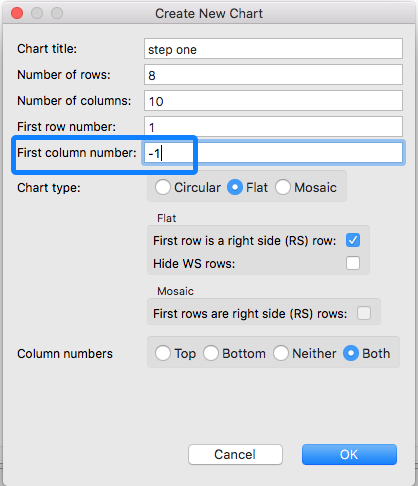 My first step is to make a chart that is two columns wider and half as many rows as my final chart. I set the number for the first column to -1. 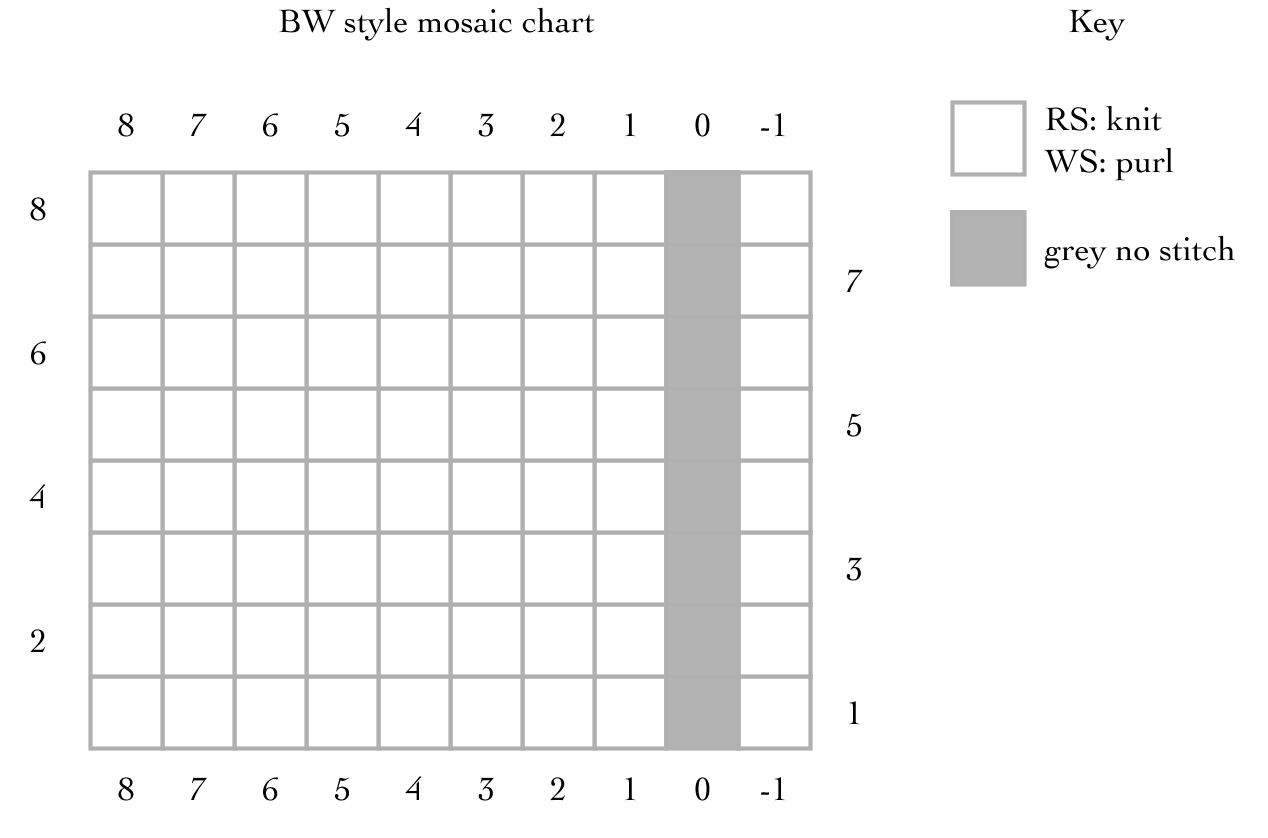 Next I fill in the column numbered 0 with no-stitch squares from the basic chart symbols. 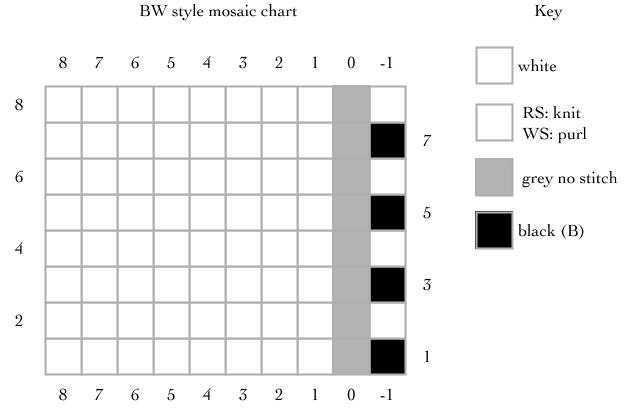 I also fill in the odd-numbered row squares from column -1 with black. At this point I would also actually chart the mosaic in columns 1-8, but I’m not going to show that here, since this is a generic chart.

Next I’m going to hide the column numbers for -1 and 0. I select those columns by clicking on one of the numbers, holding down the shift key, and clicking the other number. 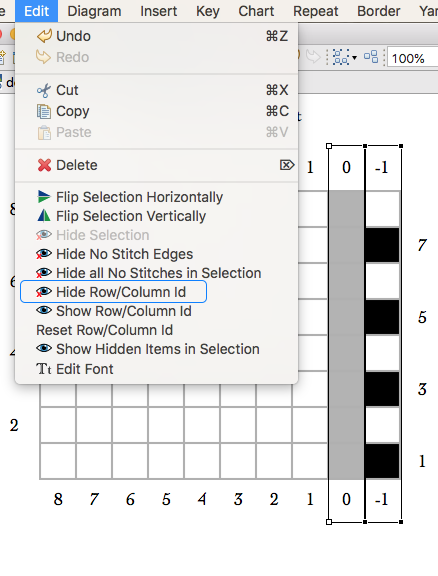 Go to the edit menu and select “Hide Row/Column ID”. 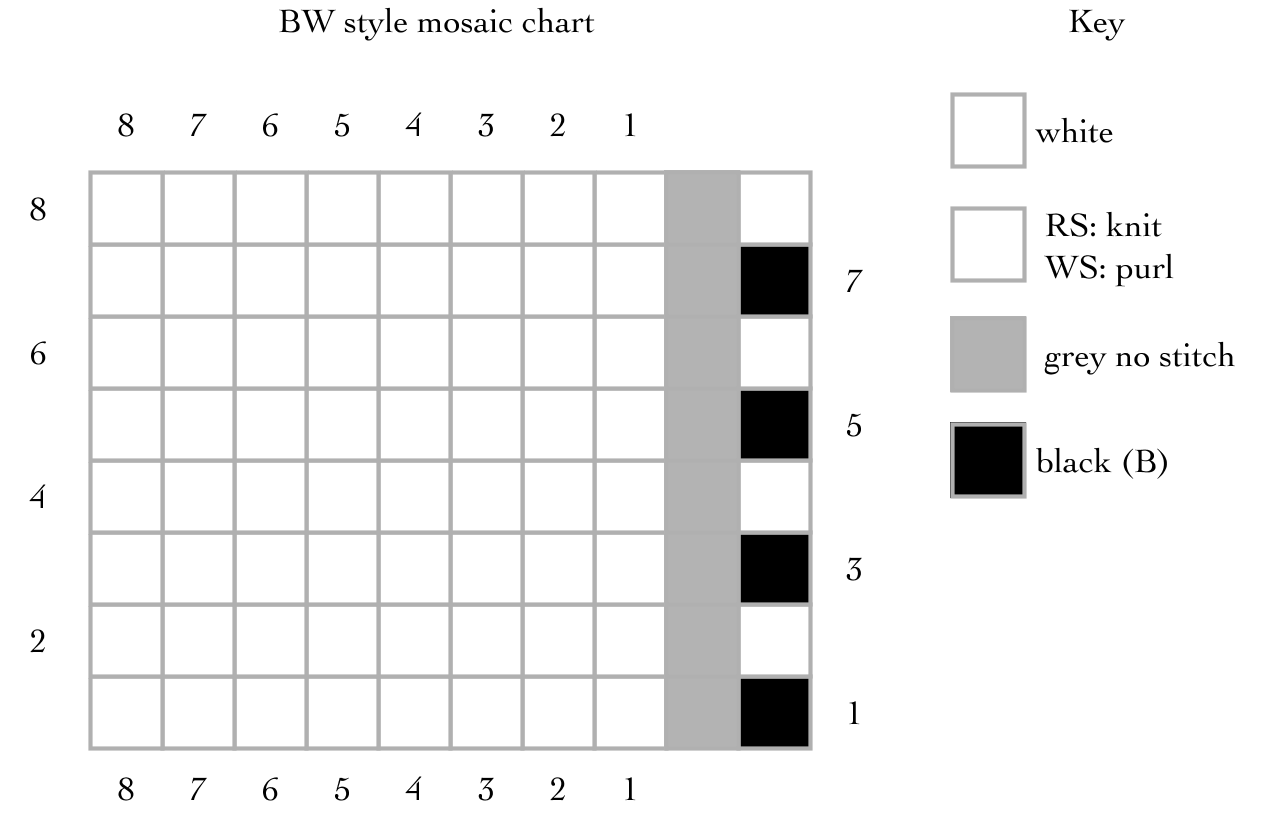 The column of no-stitch squares is where half the row numbers will go in the final chart, so it needs to be blank instead of grey. Select those squares by clicking the top square, holding down the shift key, and clicking the bottom square. 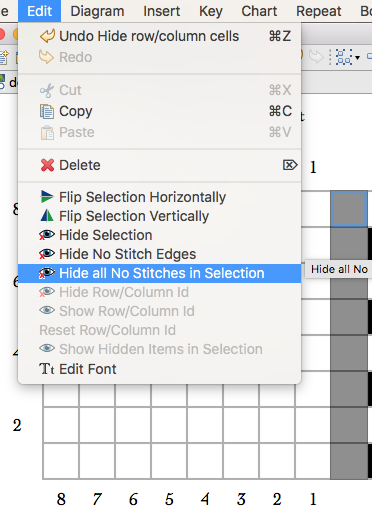 Go to the edit menu again and choose “Hide all No Stitches in Selection”. Bam! All the grey no-stitch squares will disappear. 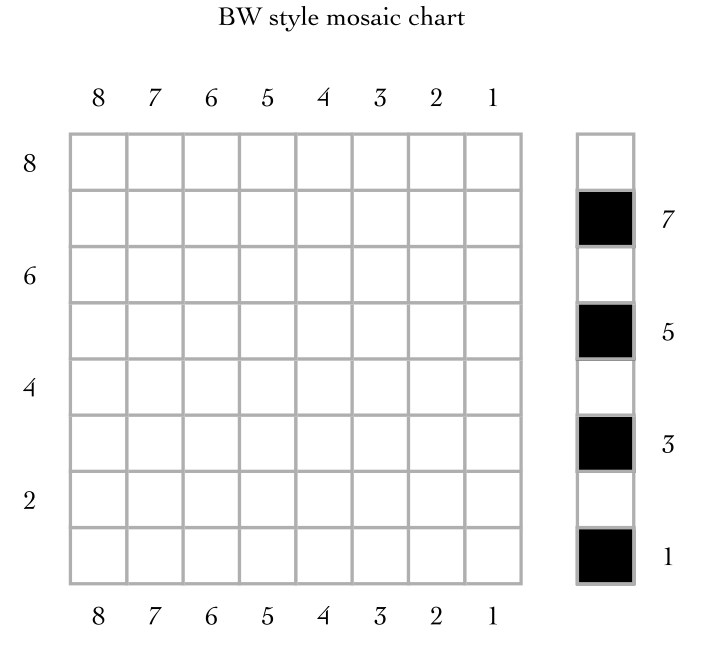 See? Nice,isnt it? There’s only one thing left to do: getting enough row numbers in the right places. That can’t be done with StitchMastery, and that’s just fine. 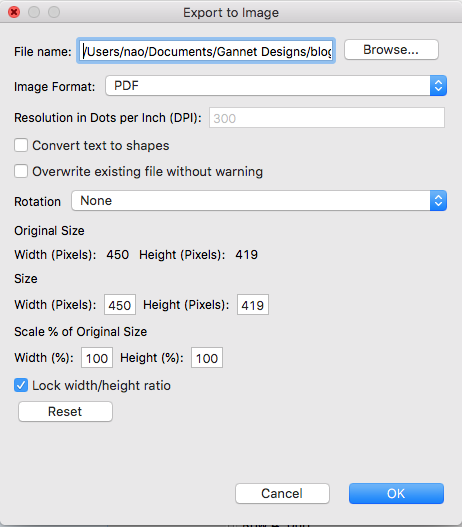 StitchMastery can save charts as vector art in any of these three formats: EPS, SVG, and PDF. I usually go with PDF out of habit.

I open the file up in my vector art software, use the text tool to make all the individual numbers I need, being careful to match font and size. (I use the ones that are there already for the first half, because why not?) Then I use the align tool to place the odd numbers in the hidden column zero and the even numbers on the left side of the chart, so it ends up like this: 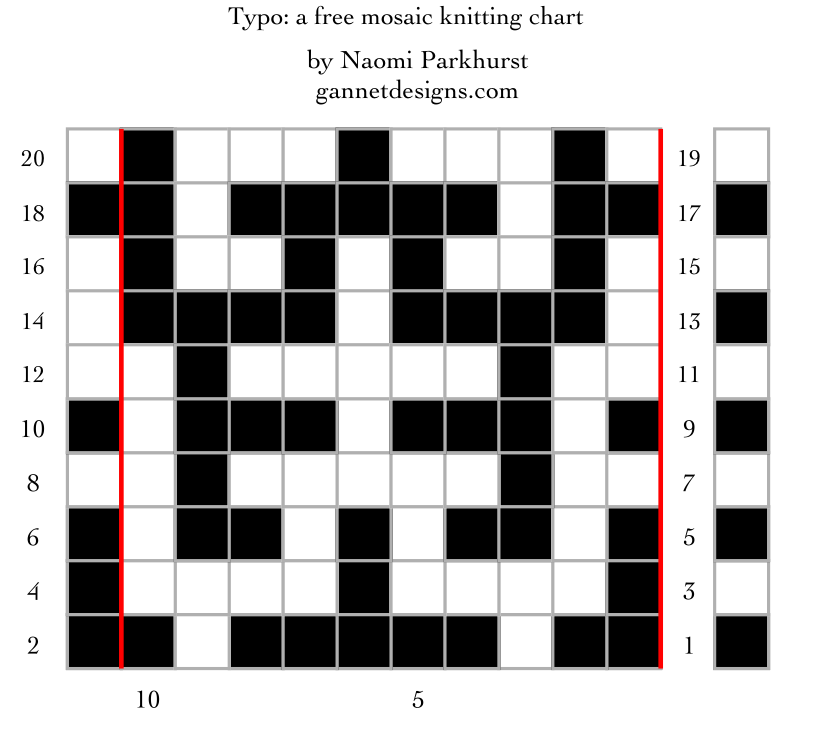 I’m not going to explain the align tools right now; it’s probably best to refer to the documentation for your particular vector graphic software. If you have questions about it in Affinity Designer or Graphic for iOS, do let me know, and I’ll do a separate tutorial.