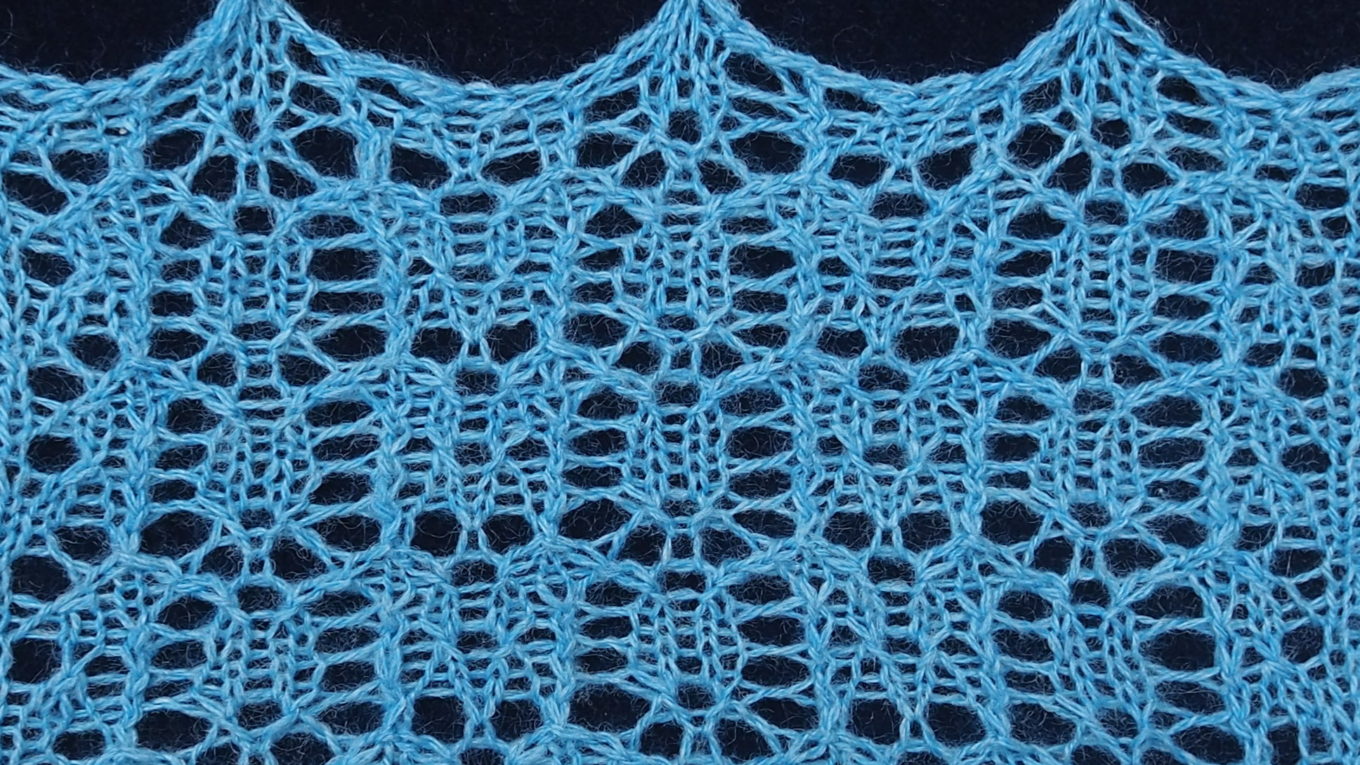 The first word I drew from the words suggested on Patreon this month is Dreich, suggested by Antoinette, a Patreon supporter.

Dreich is a word from the Scots language. I’ve occasionally seen it used on Twitter, with a meaning of bleak, miserable, dismal, cheerless, dreary.  This Scots dictionary has more detail. An important thing I’ve learned in the last few years is that Scots is a fascinating language with an interesting history. I don’t know enough to say much about it, but my limited understanding is that its development from Old English took its own path. It’s not simply modern English with some Scottish words plugged into it. But I digress!

Each month, my Patreon backers have the chance to suggest words for me to encode as knitting stitches. I make three of these into knitting stitches each month: the second and third (posted on the first day of the next month) are drawn from the collection of new words; the first is drawn from the collection of unused words. A random number generator helps me choose these, and then I get to work, first turning the letters into numbers, then charting the numbers onto grids in various ways. Finally, when I make the chart into lace, I turn the marked squares into yarnovers and work out where to place the corresponding decreases. (I usually make lace; occasionally I make cables instead.) I also made a Dreich needlework chart for any craft that uses a square grid for designing.

The stitch patterns are not meant in any way to look like the original words; the words are the seeds of my creativity.