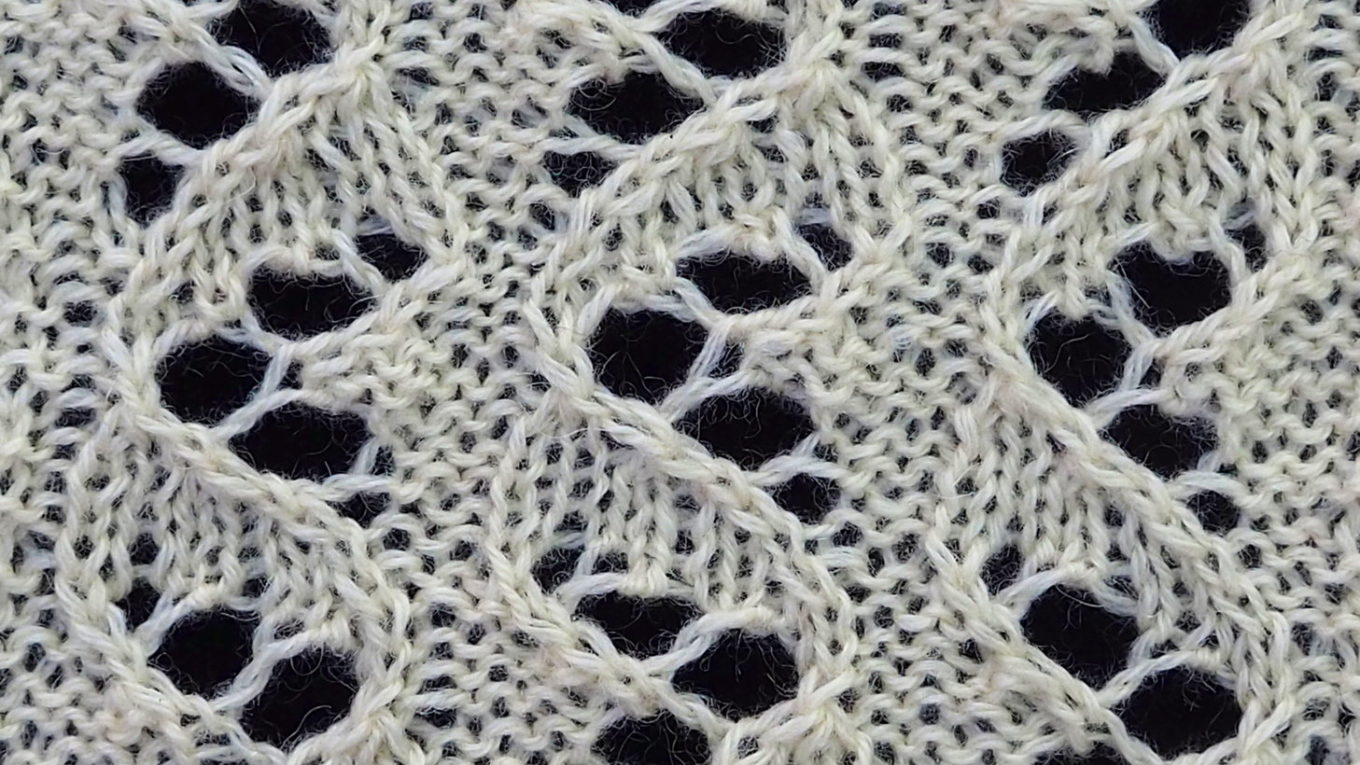 When I designed the lace for Relief, I was struck by several of the motifs to be found in it. Last week I excerpted Starry Flowers lace from it, and this week I’ve made this stitch pattern based on a different motif, which I’ve called Waving Ribbons because I think it looks like dangling ribbons waving around in the breeze.

It’s been a while since I added reverse stockinette contrast areas to some lace, aside from a single purl column to make ribbing. This seemed like a good candidate for it — I think it helps emphasize the texture.