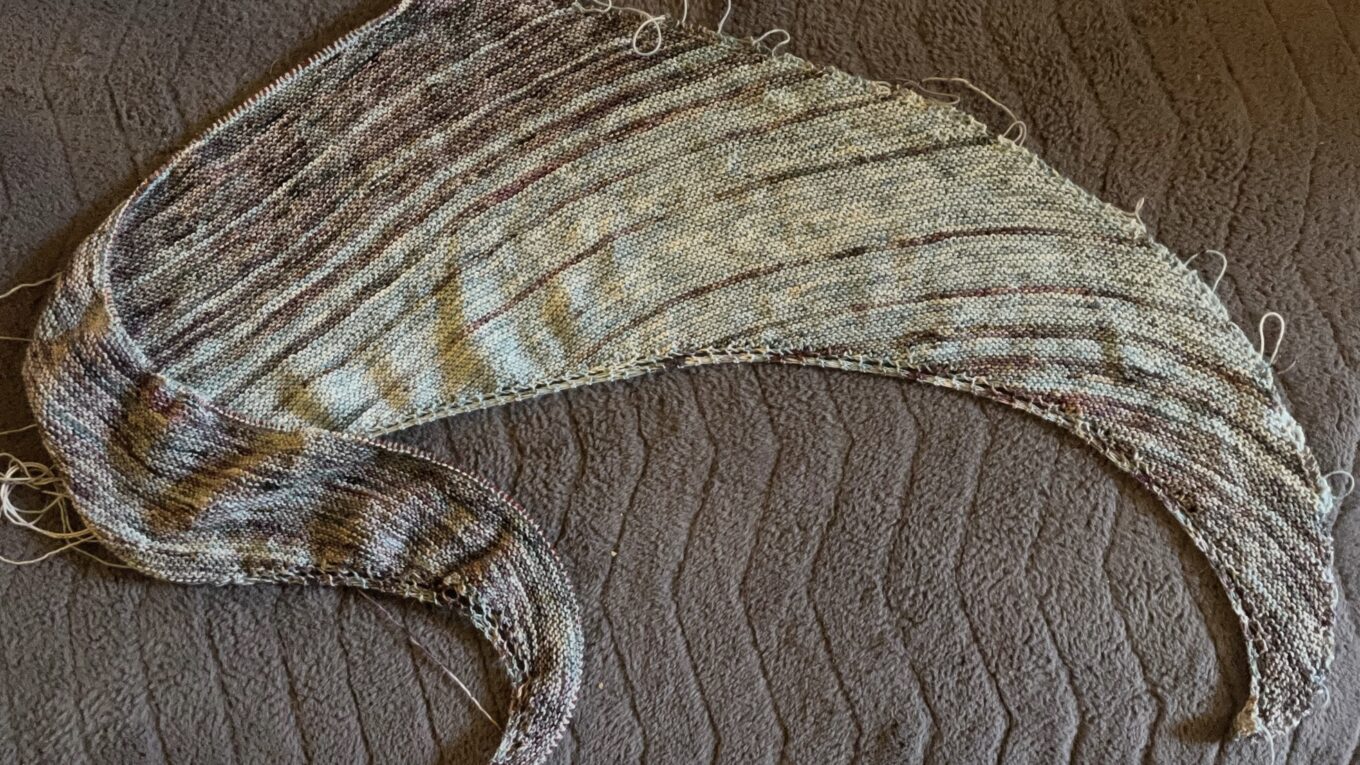 I’ve made some more progress on the garter shawl I’m knitting for a family member. The light’s not good today, so the colors are a bit muted, but the general effect shows well.

I think of this as an ocean shawl because of the colors. I don’t have the yarn information anymore, but I’m pretty sure the two skeins are from different dyers, and that they go so well together is pure luck.

The colors make me think of the ocean, and the stripes just increase the effect. I love the way some of the stripes pool with the neighboring yarn, so there’s blips in the stripes. It just increases the watery effect further!

The stripes are spaced based on the first few numbers of the Fibonacci sequence, which often appears in natural situations, and so it often looks good as a basis for craft patterns. There are many existing patterns for Fibonacci striped shawls and the like; I’m not going to write a proper pattern.

That said, here is the sequence I’m using:

(next section reverses the sequence)

So far I’ve knit stripes 1-26 plus another stripe 1 &2. I just weighed my remaining yarn, and I’ve used about half of it, which means that I’ve knit about 70% of the ridges. (Not stripes, mind you. Garter ridges, or pairs of rows.) I’ve knit 120 ridges (240 rows), so I have about another 50 ridges to go. If the yarn holds out, (not sure it will balance out evenly) I’ll be stopping near the end of the next stripe 15.

If it doesn’t hold out, I’ll have to ask the recipient what’s wanted.

Separately, I’ve washed the necessary sweater on the needles, but I haven’t measured the gauge yet. Still, that is also progress!