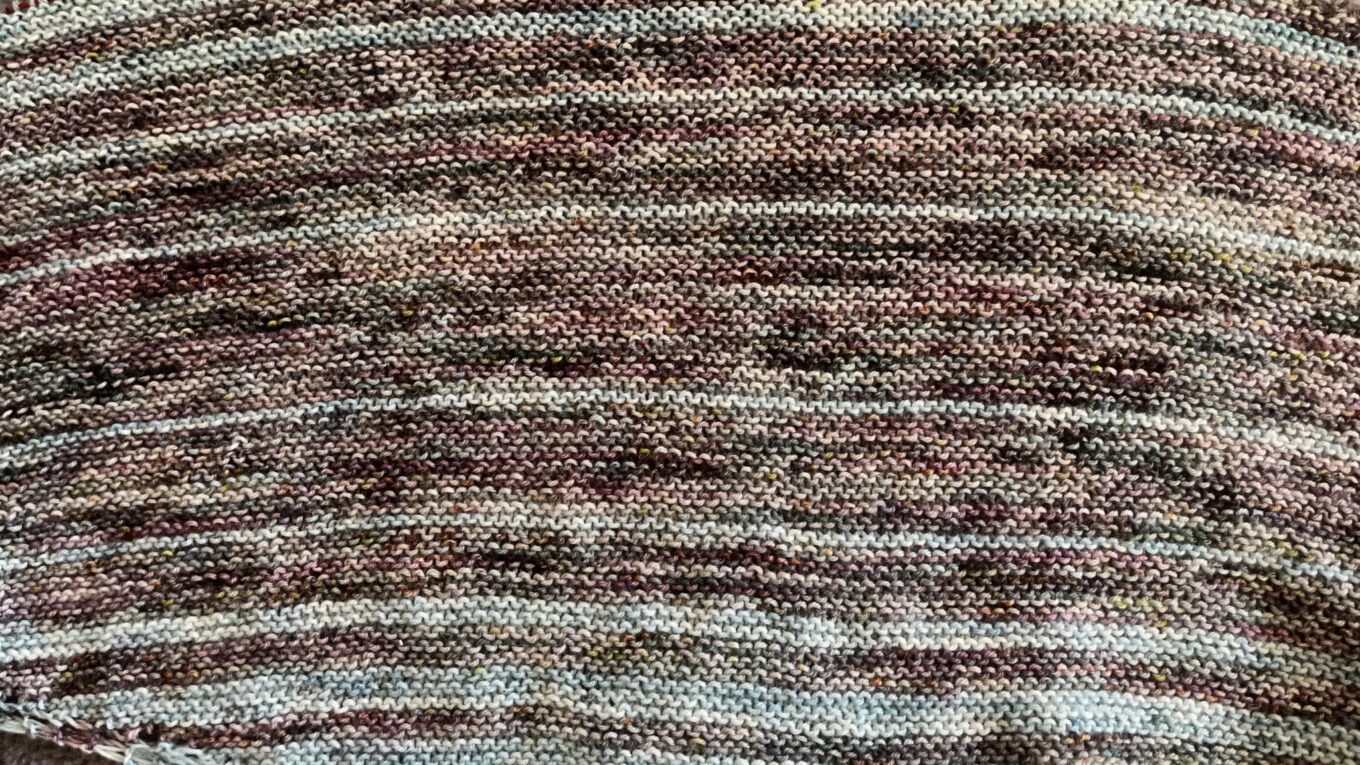 I got kind of sidetracked from personal crafting for a couple of weeks, but I’m several more stripes into the ocean shawl. It doesn’t look like much, though, since the rows are getting longer. I thought I’d take a couple of closeup photos this week to show some of what I like about how these yarns work next to each other.

The way I’ve spaced the stripes makes them look like ocean waves to me. The colors also remind me of the ocean, between the aqua color and the darker gray-purple shades. The latter in particular makes me think of purple seaweeds.

The lighter yarn is a speckled yarn, and most of the speckles are colors that are in the darker yarn. This helps to soften the wider light stripes and makes it look like there’s something floating in the water.

The variegated yarn has stretches of a light blue-gray that’s not quite the same color as the aqua, but that looks very similar at a distance.

Those stretches of light blue-gray interrupt the narrower dark stripes and make them less defined.

They also sometimes pool in the wider dark stripes, and make the stripes look wavier.

My memory is that I picked these yarns up either from friends or from a craft supply thrift shop at different times. It wouldn’t have occurred to me to shop for yarns to make an effect like the one I’m getting, but now I’m considering that as a future option.

In other words, two contrasting multicolor yarns: one variegated and one speckled.

I am still optimistic that I’ll be able to make it to the widest possible pale stripe before binding off. We shall see!