You might be perfectly satisfied with the grid you have without any further modification. If so, you’ll want to skip to “Converting grids into stitch patterns”.

The first step in deciding this is to lay out multiple repeats of your stitch pattern to see if you like it as an all over design (if that’s what you’re after, of course). 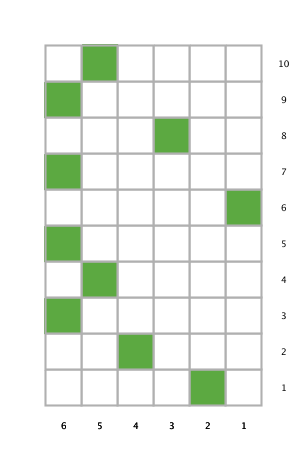 and repeat it three times in each direction, I can get a sense of how the repeats interact at the edges: 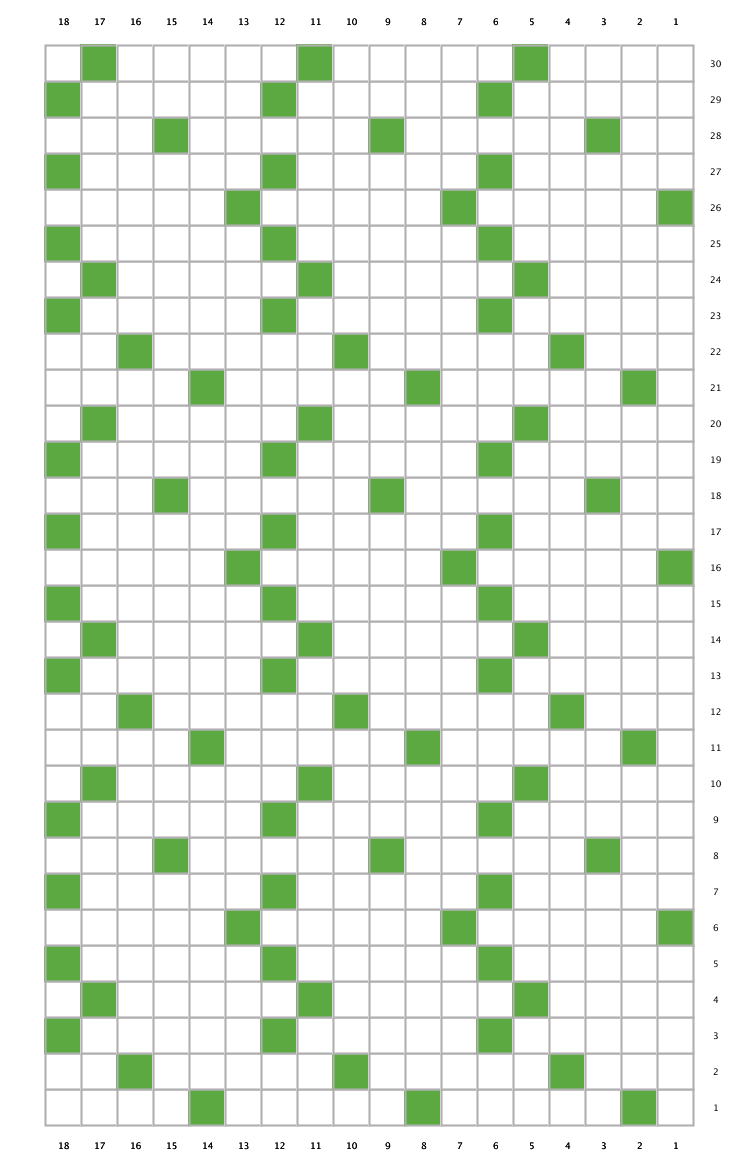 This has distinct possibilities as it is, but let’s see what happens if I play with it some.

The first obvious variation is to mirror it. Here it is mirrored horizontally: 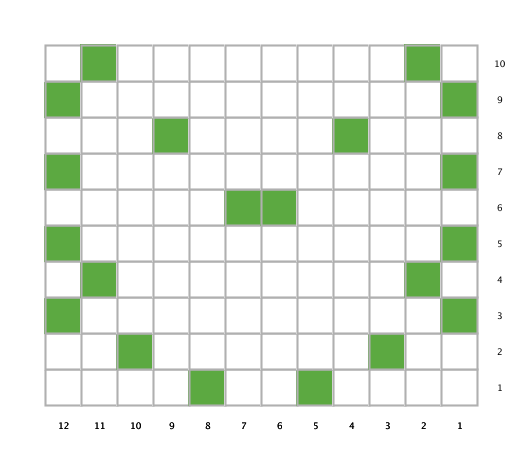 Or if you don’t like the doubled squares at the edges, you can overlap them: 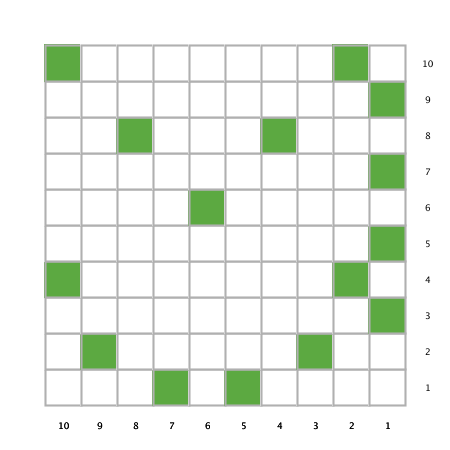 Here is the latter, in a three by three repeat: 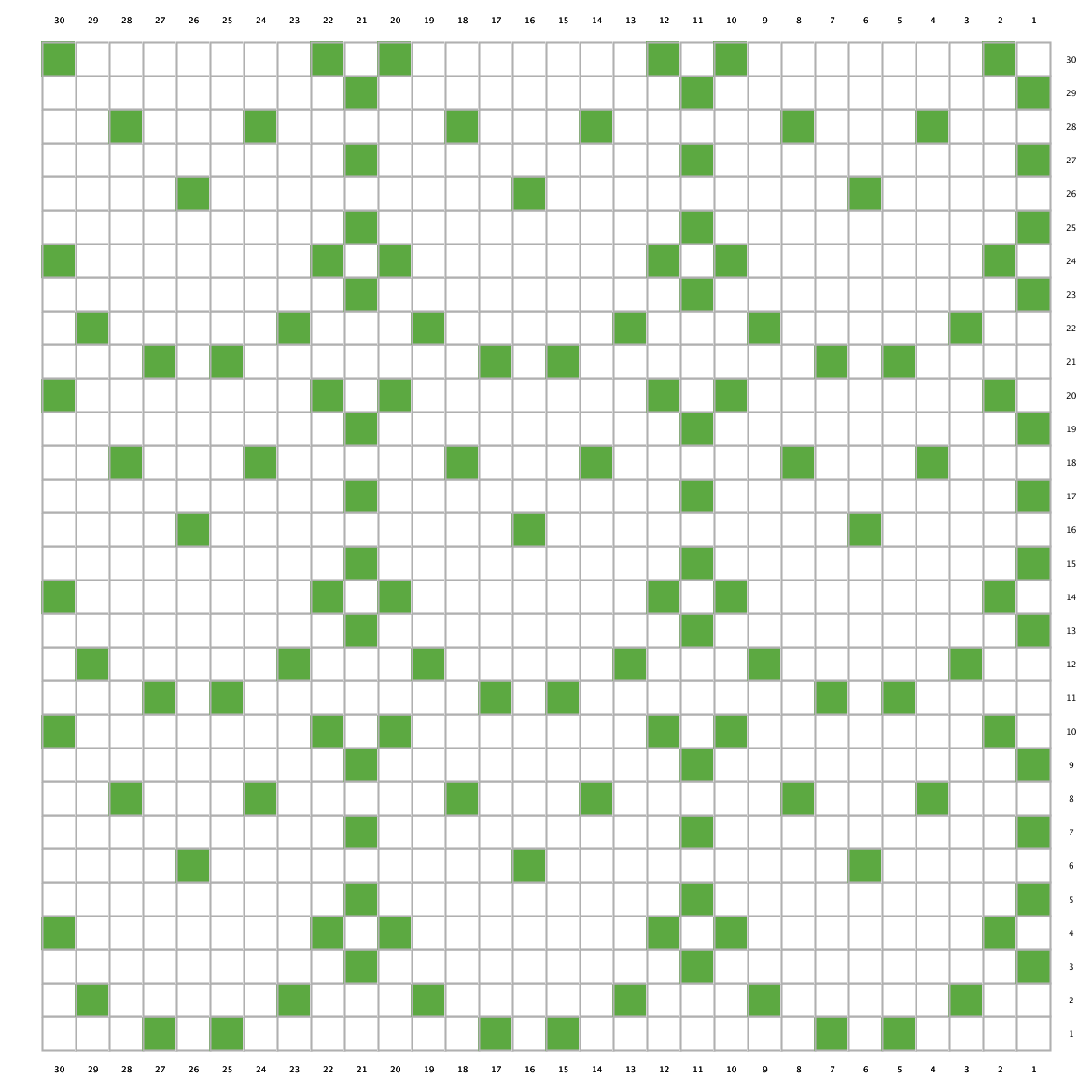 Now mirror it in both directions: 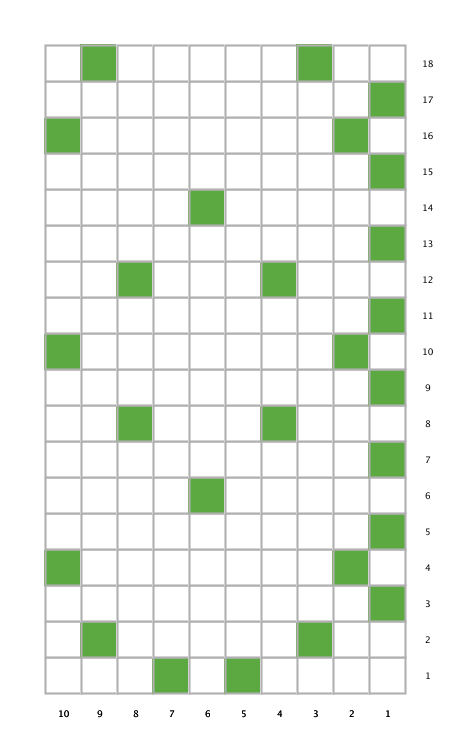 and see how it looks repeated, this time three times horizontally by two vertically (because the symmetry makes it easier to see how the repeats interact). 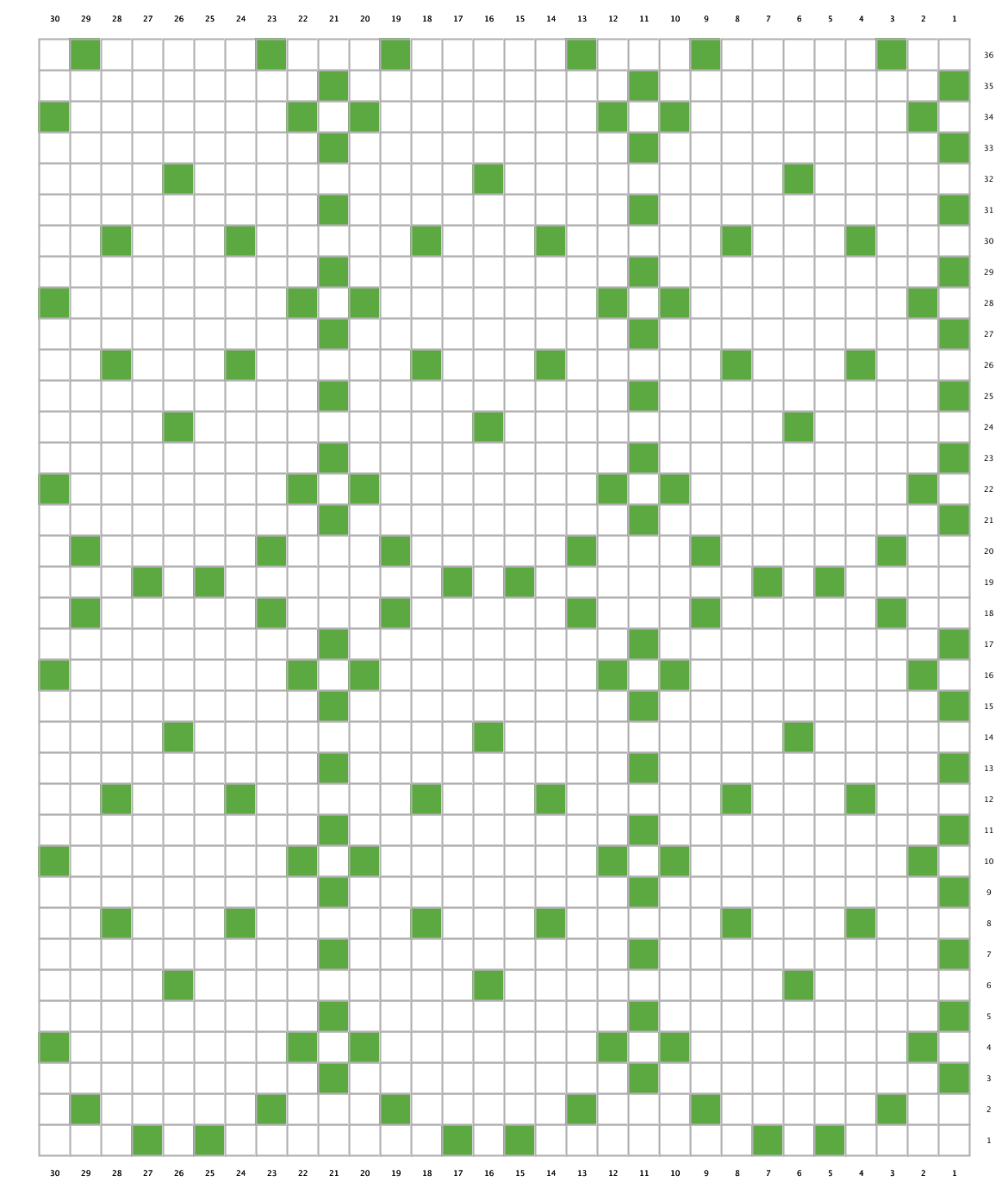 If the grid has more white space than you like and you’re not making a secret code, you can mirror the grid on itself so that it’s doubled (shown in two colors to make the mirroring clearer): 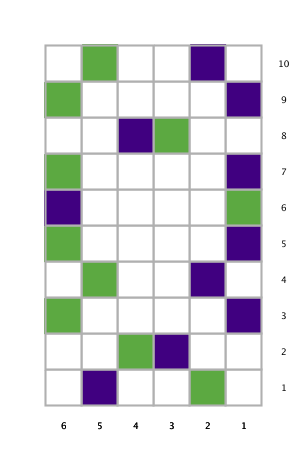 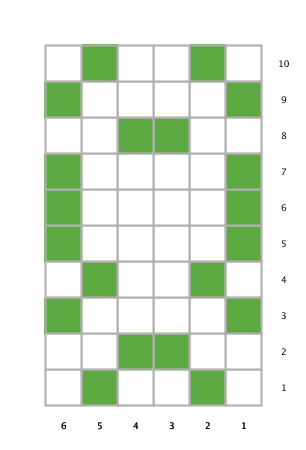 If you have an even number of squares, you can again eliminate duplicate columns if you’d like: 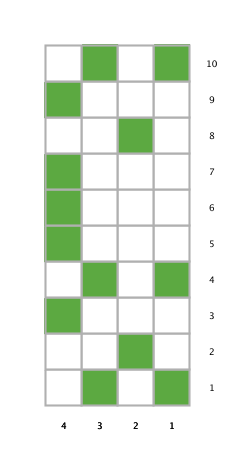 And here is the allover layout of the latter:

These are probably enough ideas to be going on with, but if you’d like to try out some other variations (whether with the original asymmetrical grid or the mirrored), have a look at the pattern design resources in Further Resources.

Just for an example, one basic pattern repeat variation you’ll find is the half drop, asymmetrical: 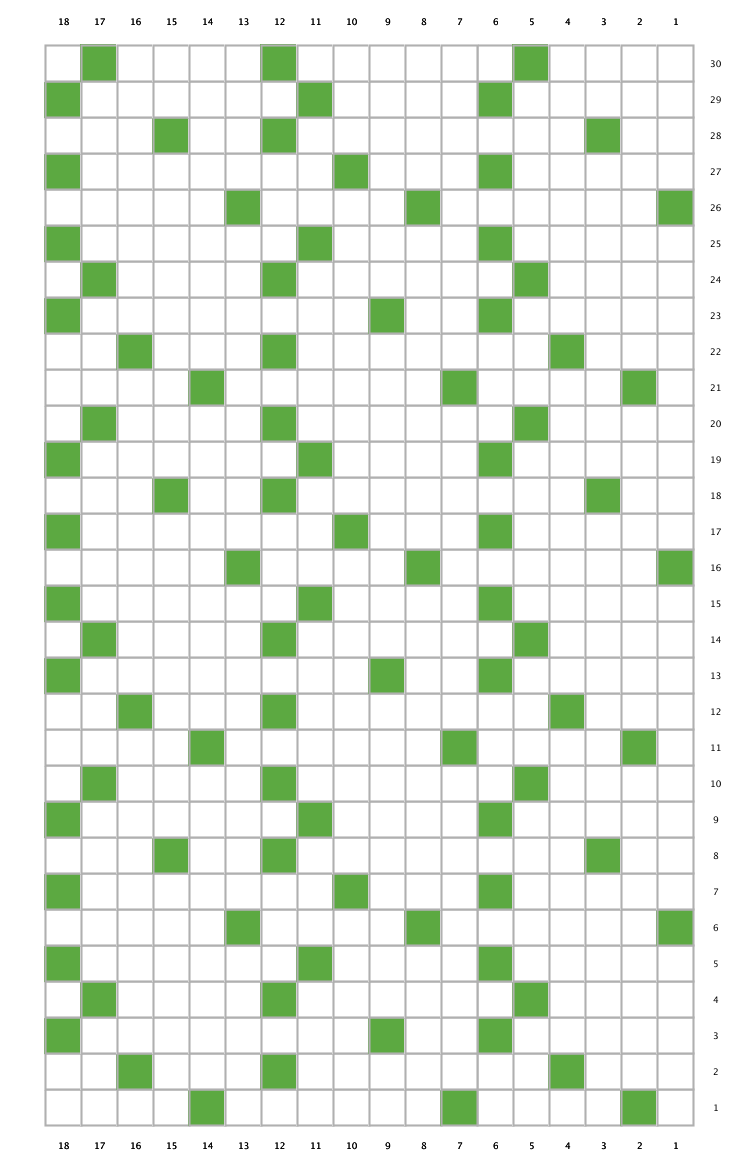 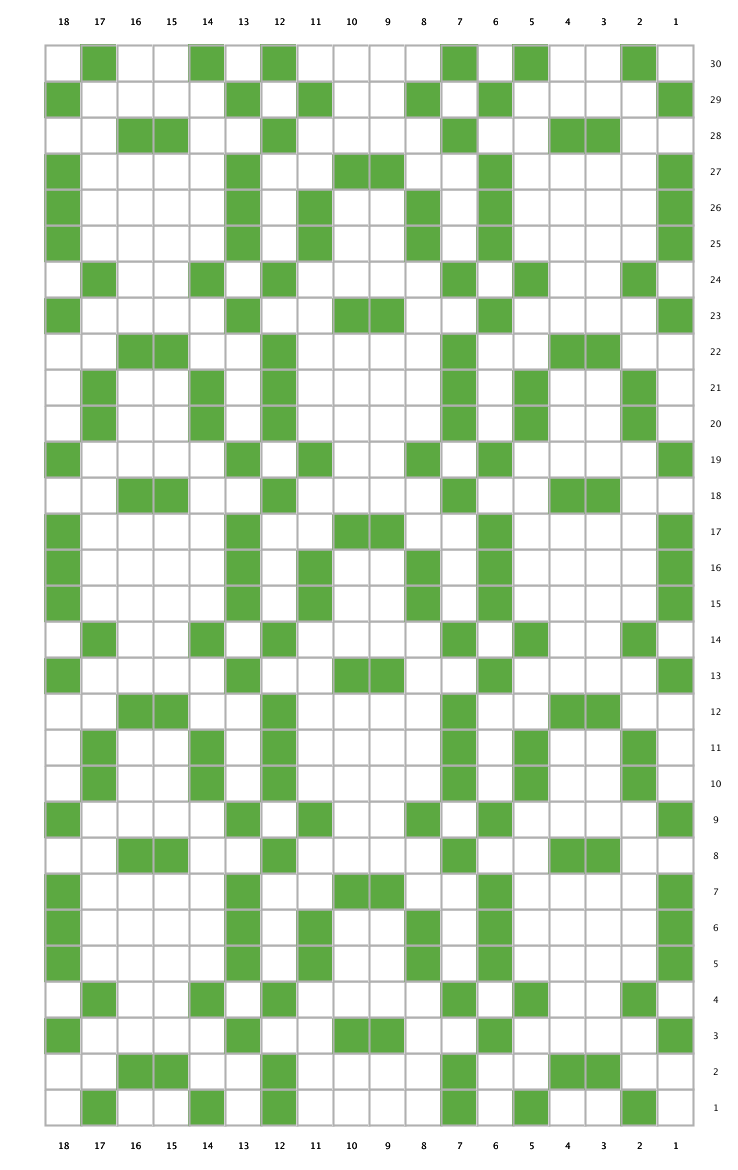 Next: Converting grids to stitch patterns.

2 thoughts on “Asymmetry or Symmetry?”